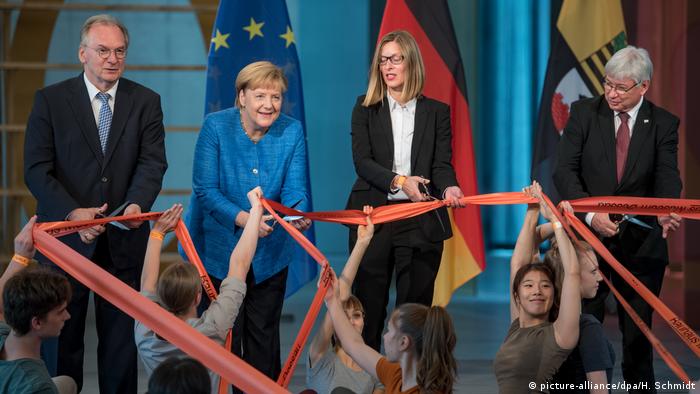 Angela Merkel was in the small eastern German town of Dessau on Sunday morning to open the brand new Bauhaus Museum, marking the 100th anniversary of the movement that shaped 20th-century art, design and architecture.

The German chancellor said it was a "wonderful thing" that the new museum's comprehensive exhibit would show the many achievements of the Bauhaus school, from art and architecture to household objects.

"We can feel the fascination of the Bauhaus project," she told an audience of around 400 people, before saying she hoped that the Bauhaus Museum would "maintain the special spirit of the Bauhaus foundation." 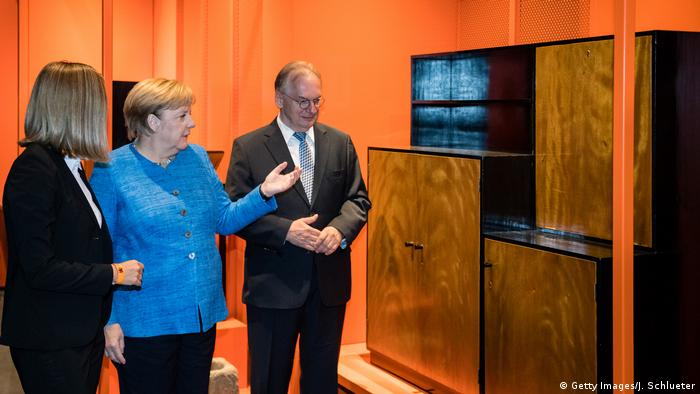 Two and a half years and €28 million ($31 million) in the making, the new museum, which was completed on schedule, will be home to the 49,000 exhibits that make up the Bauhaus foundation's collection.

The original Bauhaus design school was opened in Weimar in 1919 by the legendary architect Walter Gropius.

The school moved to Dessau in 1925, and then to Berlin in 1932, before being closed by the Nazi regime. The communist East German government was also initially critical of Bauhaus, before embracing its legacy in 1976 and having the original building reconstructed.

In keeping with the movement's educational origins, the new museum's first exhibition aims to use 1,200 exhibits to explain both the history and the teaching methods of the Bauhaus school. The directors are also keen to use the building for educational projects.

"Our aim is to present the school in its political environment, with its economic, social, and cultural challenges," is how curator Regina Bittner described to DW the objective of the exhibition, which is entitled "Experimental Workshop Bauhaus. The Collection."

At Sunday's opening, foundation director Claudia Perren also underlined the often-underestimated diversity of the Bauhaus design. "When you take a tour, you will see that no unified, homogenous image of Bauhaus can be discerned," she said.

A number of events have been planned throughout Germany for the Bauhaus centenary year.

They were the children of their time. But what did the Bauhaus artists surrounding founder Walter Gropius want? And what has remained of their ideas? As the official Bauhaus anniversary kicks off, here's an overview. (16.01.2019)