The German chancellor said although Twitter was right to add warnings to Trump's posts, the move to permanently suspend his account raises concerns about free speech. 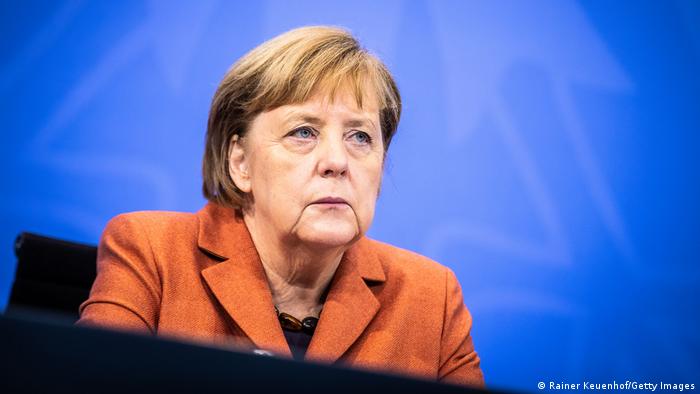 'The right to freedom of opinion is of fundamental importance,' Merkel's spokesman said

"The right to freedom of opinion is of fundamental importance," Merkel's spokesman said.

"Given that, the chancellor considers it problematic that the president's accounts have been permanently suspended."

The chancellor agreed with the practice of flagging Trump's inaccurate posts, Seibert said. However, any curbs on free expression should be decided by the law and not by private companies.

Social media giants Twitter and Facebook moved to permanently suspend Trump's accounts following the deadly riots at the US Capitol last Wednesday. Five people were killed in the hours-long unrest.

Concerns over the implications

Although opinion polls in Germany have shown broad support among the public in Germany over the move to suspend Trump, several politicians and officials in Europe remain unconvinced.

"[The Twitter ban] is problematic because we have to ask on which basis (was it made), on which laws and what does it mean for the future actions of social media platforms?" Jens Zimmermann, a Social Democrat member of parliament told DW.

"We are talking about the head of state of a democratic country. Obviously Donald Trump wasn't very popular in Germany. But nevertheless, this could happen to somebody else who won an election."

Zimmermann, who is a member of the German Parliament's Committee on the Digital Agenda, maintained that it was a problem when one person, the CEO of a company, stops a state leader reaching out to millions of people.

"We need to to come up with regulation. And we need to be careful about what power these platforms have. I think it's no surprise that Twitter came up with that solution, with 12 days to go until Donald Trump leaves office. And the same applies to Facebook," he said.

Germany and other European countries have grown increasingly concerned about the power of social media companies to shape public discourse.

Facebook and Twitter have suspended Donald Trump's accounts. This is a remarkable action from companies scrambling to get themselves off the hook. We can't let them, says DW's Editor-in-Chief Manuela Kasper-Claridge.