Merkel wants German Social Democrats to stop thwarting Ursula von der Leyen's bid to lead the EU Commission. Many officials domestically and across the bloc say the defense minister's bid for the job was forced through. 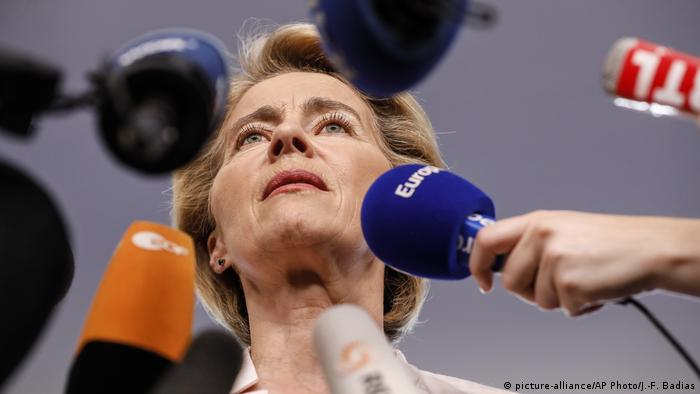 German Chancellor Angela Merkel criticized the efforts by the German Social Democrats (SPD) to torpedo the nomination of Defense Minister Ursula von der Leyen to lead the European Commission. "It is not an easy situation — I want to say that emphatically — that the coalition partner is not pulling together with us here," Merkel told reported after meeting with Denmark's prime minister on Thursday.

The defense minister would succeed European Commission President Jean-Claude Juncker as head of the EU's executive on November 1. She must secure a majority of 374 lawmakers out of the current 746 to make it over the finish line. MEPs have expressed reservations about confirming a candidate who didn't campaign in the European Parliament elections. 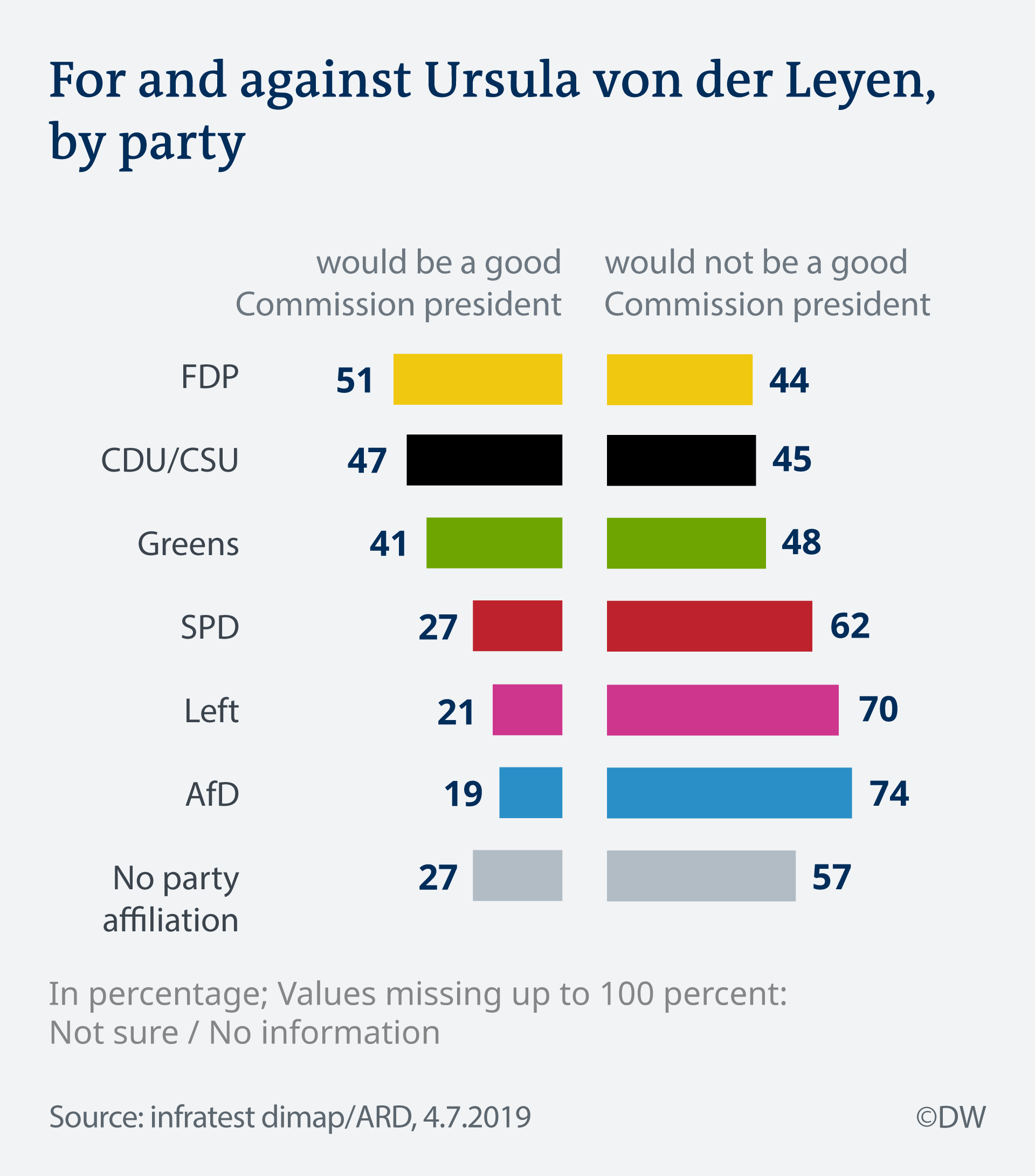 On Thursday, the German dpa news agency reported that the SPD's Jens Geier, a member of European Parliament,  had circulated a list of quotes and events intended to cast von der Leyen in a bad light among the 153-member Group of the Progressive Alliance of Socialists and Democrats in the European Parliament. The paper, "Why Ursula von der Leyen Is an Inadequate and Inappropriate Candidate," lists massive Bundeswehr spending that failed to improve the condition of the German military. It notes that von der Leyen's doctoral thesis was challenged in the 1980s following reports of plagiarism, though the future defense minister was eventually given her degree.

Words such as "affair," "scandal" and "recriminations" build a case for why she shouldn't receive the EU's top post. The SPD even calls her the preferred candidate of Viktor Orban, Hungary's nationalist prime minister. "It was internal information for members of the party," Geier said on Thursday.

The SPD's national leadership denied knowledge of the memo. Party bosses "neither commissioned a report nor would they," acting party co-leader Thorsten Schäfer-Gümbel told German media.

The European People's Party (EPP), to which Merkel's Christian Democrats (CDU) belong, has 182 seats in the European Parliament. The 108-member Alliance of Liberals and Democrats for Europe haven't committed. Von der Leyen may need to look right, to the 61 members of the Alliance of Conservatives and Reformists in Europe, home to parties such as Poland's nationalist Law and Justice, to get enough votes to be confirmed the next EU Commission president.

The 74 environmentally friendly Greens bloc declined to support von der Leyen. The 41 members of the European United Left-Nordic Green Left cited neoliberalism in announcing that they would not support her.