Andreas Rettig: 'You shouldn't get used to the current Bundesliga'

The restart of the Bundesliga behind closed doors has not been without controversy. Former DFL CEO Andreas Rettig spoke to DW about the lessons the league can learn from this situation and where it should go from here. 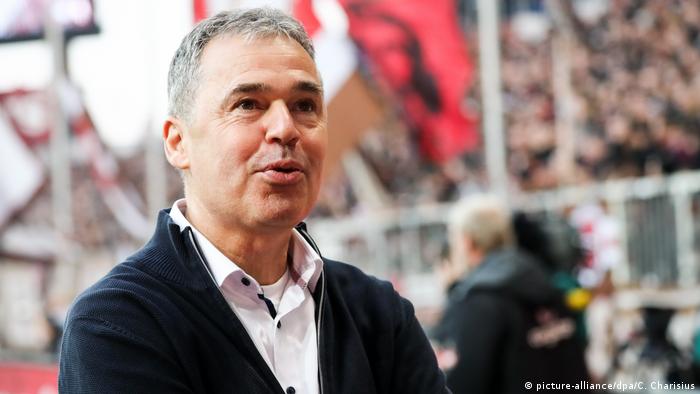 DW: Andreas Rettig, what was the first complete matchday in Bundesliga history without fans in the stands like for you?

Andreas Rettig: I'm very torn about it. On the one hand, as a football fan, it seemed like there was a purpose to the weekend again. On the other hand, while you can enjoy watching Bundesliga matches, you can't avoid having the overall situation weighing on your mind. Last Saturday, I found myself in the unusual position of simply watching the Bundesliga games in passing. This would never have happened before the coronavirus pandemic hit.

I used to really like to enjoy the atmosphere and really get into the games. This time it wasn't like that at all for me, and this had a lot to do with the surroundings. When a goal was scored, the usual emotions just weren't there. The level of emotion for everyone involved in the game was not comparable either. This was very different to previous times.

So you see no future for football without fans in the stands?

This situation was born out of necessity. What the league agreed on was the lowest common denominator. But this is nothing anybody should get used to.

Are you afraid that if the Bundesliga is forced to play behind closed doors for an extended period of time that many fans will gradually drift away?

I believe that the football fan who is actively involved in his or her club and turns out on a regular basis to intensively support the team will not turn away. But people who like sports but also have other interests and are not committed football fans will say to themselves: I don't have to put myself through that anymore, and then perhaps decide to go and work in the garden instead. I also empathize with the organized fans who say they currently prefer spending their Saturdays volunteering to help the less fortunate because they are unable to get out and support their team.

What lessons do you draw from the coronavirus crisis with regard to football? 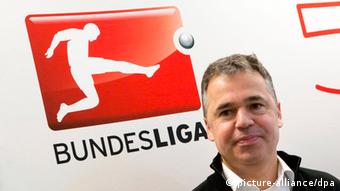 From my point of view, it is obvious that the clubs that have managed their finances wisely in recent years are getting through this crisis better than the "seasonal workers" who simply shuffle their budgets from one season to the next. I sympathize with this, because there is no substitute for sound financial management. This is particularly clear right now.

In your view, what are the most pressing issues that professional football needs to address?

All of the clubs – including European clubs – are in direct competition with each other. That is why there should be a clear commitment to social responsibility on the part of European football as a whole. And the type of investments that should be made can be derived from this. We need to provide financial support for voluntary contributions to sustainable development. We don't need to prescribe how many square centimeters of space the main sponsor's logo can take up on the jersey or precisely how bright the floodlights have to be. But we do need to make the installation of solar panels in stadiums mandatory, to ensure that the jerseys are produced under fair-trade conditions – as well as many other things. If you write something like this in the preamble and force the clubs to invest in such things, there will be less money left over.

Oke Göttlich, who is a member of the DFL's (German Football League) executive committee, has called on the DFL to take advantage of its autonomy from the DFB (German Football Association) to take the lead in such areas. Would that be possible?

I think it would be a good idea to take the lead. What are we waiting for? Anyone who manages to draw up a hygiene plan for the league within a matter of weeks should – with a similar commitment – be capable of drawing up a plan to create the structural conditions needed to improve sustainability in professional football. We shouldn't always be hiding behind the supposed need to maintain international competitiveness. For me, this is a question of principle. Is professional football part of society as a whole – with the social responsibility that goes along with that? Or should we view everything from the perspective of trying to bring the Champions League trophy back to Germany? These question need answering.

What developments in recent years have led to the financial side of things getting out of whack in football?

The financial stakes have become ever greater because the wrong incentives were created. Right now, when you earn a double-digit-million sum just for qualifying for the group stage of the Champions League – even before playing a single match – it's more tempting to do unreasonable things in your national market. This begs the question: With evermore international competitions springing up, are we driving club managers to adopt a mentality that leads them to take more hazardous risks? The only real money is to be earned is on the international stage. This is also an attack on solidarity within single nations.

When this crisis is finally over, will the Bundesliga continue to exist in its current form?

Nobody can understand why companies listed on the DAX (main stock-market index in Frankfurt) have to submit non-economic reports and outline their social commitment, while at the same time there is precious little of this to be found in the DFL's statutes. The pressure from many sides, from fans, sponsors and companies, will continue to grow. I am sure that many clubs are quite aware of this already. If we manage to move towards a credible sustainability strategy and away from simply maximizing revenue, then this will pay off with a promising future. We simply have to seize the opportunity.

Andreas Rettig, 57, served as CEO of the DFL (German Football League), which operates the Bundesliga from 2013 to 2015. He started his career as a football executive at Bayer Leverkusen in 1989, before moving on to serve as general manager of Freiburg, Cologne and Augsburg. His last post was at second-division side St. Pauli, where he served as commercial director before resigning for personal reasons last year.

The interview was conducted by Jörg Strohschein