Andre Schürrle retirement: World Cup winner goes out on his own honest terms

He's known across the world for his starring role in Germany's 2014 World Cup win. But Andre Schürrle has now retired at 29, bravely admitting that the mental demands of top level football had stopped his enjoyment. 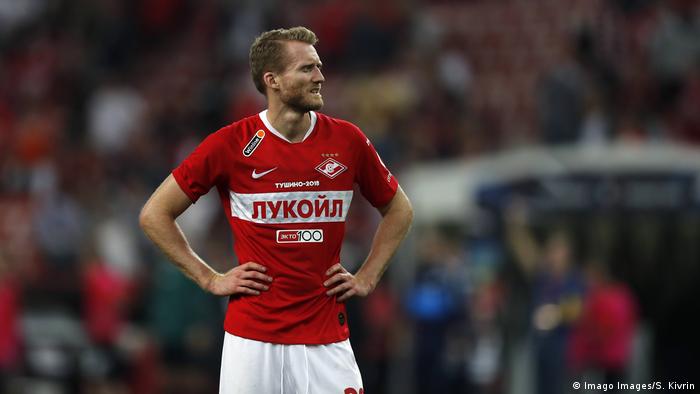 "The lows were becoming lower and the highs were fewer and further between."

Those were some of the most striking words of Andre Schürrle's retirement interview with German publication Spiegel, published on Friday. Two days before that, Borussia Dortmund had confirmed that the 29-year-old World Cup winner would leave the club a year before his contract expired after a loan spell with Spartak Moscow.

Naturally enough, as with the out-of-contract Mario Götze, who scored the World Cup winner from Schürrle's cross, speculation as to Schürrle's next club ramped up. Would he go to China? Or Turkey? Or even have one last crack at recapturing his form in the Bundesliga, where he made his name with Mainz and Bayer Leverkusen?

But, he'd had enough. Enough of the constant pressure, the criticism, the intolerance for anything outside the prescribed notions of what an athlete should be.

"The only thing that counts on the pitch is performance," he said. "Weakness and vulnerabilty must not exist at any time."

The wide forward, who also had a spell at Chelsea, where he won the Premier League title, had endured a tough time on the field of late, with the disappointing spell in Russia following a similarly patchy spell back in England with Fulham. With such a high reputation came high levels of media and fan criticism, and Schürrle offered a rare insight in to the effects of that on players whose humanity is sometimes lost in the maelstrom of opinions, results and gossip.

"If things aren't going well at the club and you're playing like rubbish, you don't have the courage to walk through the city," Schürrle said.

Though there will undoubtedly be plenty of footballers, and sportspeople in general, who feel similarly, it's still a rarity for such figures to make those struggles public. As Schürrle says, such admissions are often cast as weaknesses and sport often lags behind other industries in acknowledging such stresses. "You always have to play a certain role to survive in this business," he added. "Otherwise you will lose your job and not get another one."

In that respect, Schürrle is in a more privileged postion than most. His ability has made him enough money to be able to take such a decision, but speaking so publicly about the reasons for it remains a brave call and may well help other players to admit to struggles of their own.

Another of Schürrle's 2014 international teammates, Per Mertesacker, opened up on similar themes shortly after his retirement and discussed the impact of the suicide of another German international, Robert Enke, on him and the regret that he and other teammate's were unable to identify the goalkeeper's depression.

The foundation set up by Enke's wife and other such organizations have moved the conversation around mental health in football forward and it seems positive that Schürrle can now speak so openly about subjects that may have been taboo not so long ago.

Though there was the odd unsavory message on Twitter when the announcement was made, Schürrle spent the day retweeting messages of support from the clubs he played for and the German national team before writing a message thanking everyone for their support and saying how much it meant to him.

Among the retweets, was a quote from Germany team manager Oliver Bierhoff: "Along with his sporting qualities, I was also struck by his insightful, yet joyful nature. Our doors will always be open for his future endeavours in life."

While Schürrle has closed one door, others are sure to open for him in the future. Hopefully, one of those can make him happier than football did towards the end.

Robert Enke’s legacy lives on eight years after his death

Eight years ago, Robert Enke lost his battle with depression. The German footballer's passing sent shockwaves through the sport and his tragic death has changed the conversation around mental illness in football. (10.11.2017)

Per Mertesacker reaps praise, criticism for speaking of pressure felt during career

Arsenal center back Per Mertesacker has raised more than a few eyebrows with comments about how much pressure he has felt throughout his career. He also said that he was glad that his playing days were coming to an end. (11.03.2018)