Ancient Greek citadel discovered in Jerusalem under a car park

Acra, the legendary fortress built by Antiochus over 2,000 years ago in Jerusalem, has been unearthed under a parking lot. The lost citadel was considered one of the world's great unsolved archaeological mysteries. 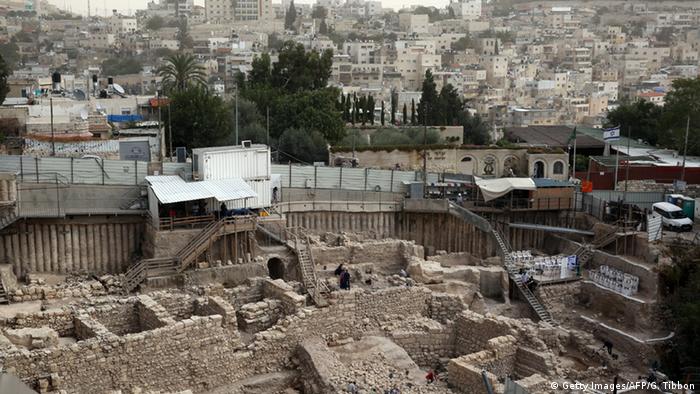 Those familiar with Jewish traditions will know the name Antiochus, as he was the Greek King who tried to ban Jewish religious rites - and that sparked the Maccabean rebellion. The rebels defeated the Greeks, who starved after a long siege of their stronghold. The victory is remembered with the Jewish holiday of Hanukkah.

This Greek fortress built by Seleucid Emperor Antiochus IV Epiphanes (215-164 BC), called Acra, is mentioned in at least two ancient texts - the Book of Maccabees, which tells of the rebellion, and a written record by historian Josephus Flavius.

Yet archaeologists have puzzled for over a century as to the exact location of this legendary citadel. Many thought it stood in what is now Jerusalem's walled Old City, a site considered sacred for both the Jews who know it as Temple Mount and the Muslims who hold two holy sites there, the Dome of the Rock and the Al-Aqsa mosque.

Now "one of Jerusalem's greatest archaeological mysteries" could be solved, said the Israel Antiquities Authority on Tuesday (03.11.2015). They claimed that this ancient Greek citadel had finally been found - buried under a car park.

The former Givati parking lot is outside the Old City, in a Palestinian neighborhood in occupied east Jerusalem, on what used to be known as the City of David in 168 BC.

"This sensational discovery allows us for the first time to reconstruct the layout of the settlement in the city, on the eve of the Maccabean uprising in 167 BC," said Doron Ben-Ami, who led the excavation. 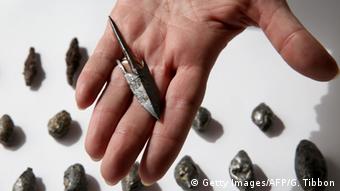 Were these the arrowheads used during the seven-year long Maccabean revolt?

A massive wall which could have been the base of a tower was discovered - over 20 meters long (65 feet) and 4 meters wide (12 feet).

Lead sling stones and bronze arrowheads from the period were also found on the site around it. Archaeologists believe they were left over from battles between pro-Greek forces and Jewish rebels trying to take over the fortress.

"This is a rare example of how rocks, coins and dirt can come together in a single archaeological story that addresses specific historical realities from the city of Jerusalem," Ben-Ami said.

Archeologists in Greece have discovered a trove of gold rings, jewels and weapons inside the tomb of a warrior dating back to 1,500 B.C. Authorities say the grave is the most spectacular find of its kind in decades. (26.10.2015)

The beard of King Tut's priceless golden mask fell off by accident. The employees of the Egyptian Museum hastily used epoxy to repair it; specialist Christian Eckmann says he now needs two months to restore it properly. (21.10.2015)