Dutch authorities say a man accused of stabbing two US citizens in Amsterdam had a "terrorist motive." The alleged attacker is an Afghan national who had appealed the German decision to refuse him asylum. 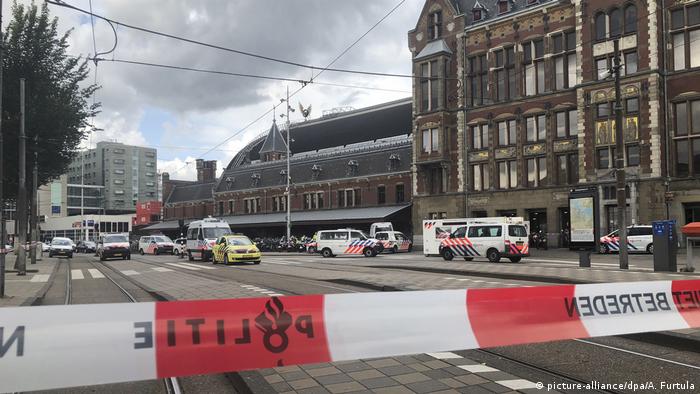 The man alleged to have stabbed two American tourists at Amsterdam's busy central train station was motivated by extremism, officials in the Netherlands said Saturday.

"First statements made by the suspect indicate he had a terrorist motive," the Amsterdam city council said.

Police shot and detained 19-year-old Jawed S. immediately after Friday's attack. He is currently being held in hospital with injuries to his lower body and is expected to be arraigned at a closed-door hearing on Monday. Officials say he is an Afghan citizen who holds a German residency permit.

The Interior Ministry in Berlin confirmed on Monday that the accused had appealed the decision to refuse him asylum in Germany, and the decision was pending. A spokesman said the individual had not been classified as a threat, or a person of interest to the security services. 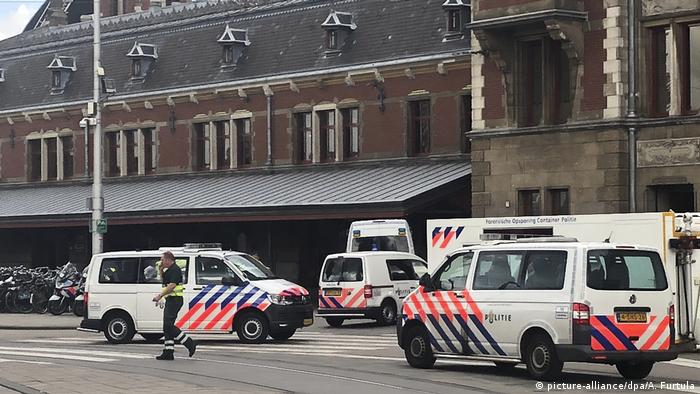 In a statement, the city council said German authorities had searched the suspect's home and seized data storage devices that would be analyzed as part of the police investigation.

The two US nationals are recovering in hospital. Police said their injuries were serious but not life-threatening.

US Ambassador Pete Hoekstra said earlier that the pair were tourists visiting the city.

"We wish them a speedy recovery and are working closely with the City of Amsterdam to provide assistance to them and their families," a statement from the embassy said.

A nearly four-fold increase in terrorism-related cases is stretching the manpower of federal prosecutors. So far this year nearly 900 terrorism cases have been opened. (22.10.2017)

Even as terrorism-related deaths drop dramatically in some parts of the world, fatalities in OECD countries have reached a 16-year high. Research Director of the Global Terrorism Index Daniel Hyslop tells DW why. (15.11.2017)

A 2016 survey showed a clear majority of Europeans want the EU to do more to tackle terrorism. Its anti-terror chief Gilles de Kerchove tells DW that while many plots have already been stopped, more attacks are likely. (06.09.2017)