Tens of thousands of people worldwide were pushed out of slum dwellings last year to make way for shopping malls and office blocks, according to Amnesty International. Nigeria witnessed especially brutal clearances. 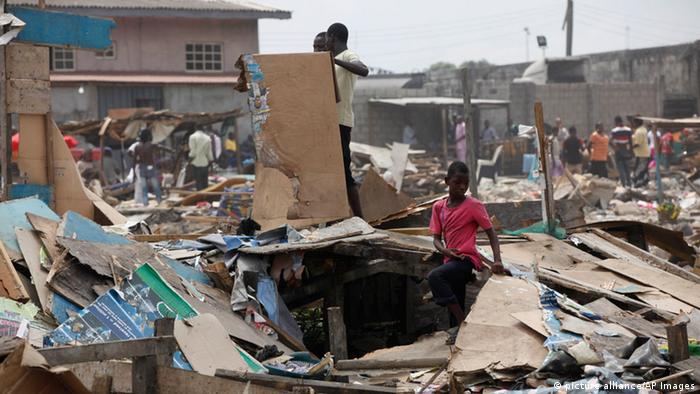 The bulldozers came to the settlement just before midday, when most people were busy at work. Resident Jim Tom George was there to see over 20,000 people forcibly evicted from their homes in Port Harcourt, Nigeria.

"They blocked the entry points to our settlement and just started to demolish everything," he says of the day in June 2012. "They didn't tell us. We had no idea that the government would arrive on this day and destroy the place where we all live." 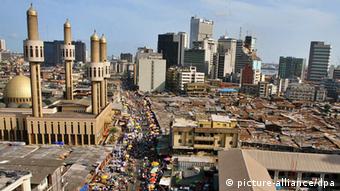 In Nigeria, slum dwellings and modern buildings often exist side by side

Since then, the Nigerian government has ordered more demolitions of settlements that consist of small, permanent dwellings and corrugated iron shelters. The government calls them slums and says the areas are unhygienic.

But the people in the harbor area of Port Harcourt at least had work and a roof over their heads, recalls Jim Tom George, nearly a year after the evictions.

"Now we have nothing," says George. He says that the community, which traditionally lived from fishing, are now spread out, forced into temporary accommodation in various places.

"As I am talking to you, my family is suffering, we are all suffering," he says. "Our community has been destroyed, our support networks have fallen apart. We are dying of hunger."

This is no one-off case, says Amnesty International in its 2013 Annual Report. In Port Harcourt, Lagos and Abuja alone, tens of thousands of Nigerian families were forced from their homes, the organization says.

According to the report, illegal evictions took place in 36 countries worldwide last year, including in Brazil where, ahead of the 2014 Soccer World Cup, space is being made for infrastructure projects. 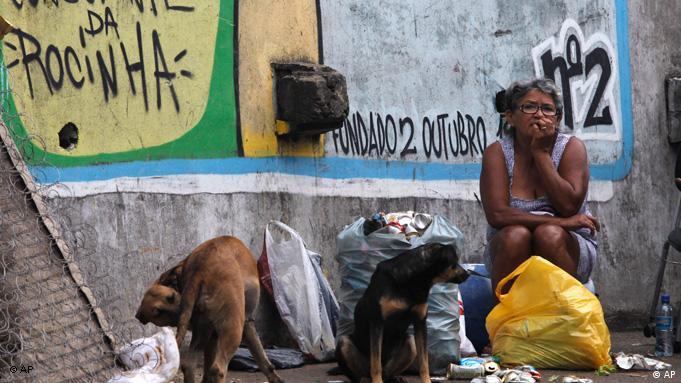 But urban development is only one of the reasons given for clearing slums; sometimes the areas are simply considered an eyesore and removed to shine up a city's image.

In most cases, AI says, slums are destroyed to make way for lucrative investment projects, often in central urban neighborhoods, on rivers or in areas that have suddenly become attractive for development.

In Port Harcourt, Jim Tom George said the police deceived residents in order to make sure they didn't hold up the clearing of the settlement.

"When we tried to find out what was going on, they said there was a shooting and that's why the government sent all the security personnel," George explains. "They then arrested 120 of us and locked us up."

According to AI's Christian Hanussek, a specialist on Nigeria, the problem with many evictions is that "authorities don't even try to come to an agreement with residents; they just proceed in a very brutal fashion."

In most countries, including Nigeria, people who can't document land ownership do still have rights or, at the very least, are entitled to compensation. But demanding respect for their rights can be difficult: "People living there simply do not have the money to pursue their case in court," Hanussek explains.

Hanussek hopes AI's report will, if nothing else, cause the Nigerian government to be more careful.

"Brutal forced evictions mainly occur in the countries where no one is watching," he adds says.

That's why AI is trying to increase public awareness and also open politicians' eyes to the issue. 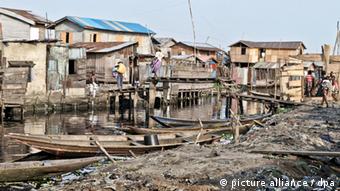 Hanussek is hopeful that the German government will bring up the forced evictions when it meets for bilateral talks with Nigeria. He believes governments do react to such international pressure.

"In Port Harcourt many more settlements are due to be pulled down," he says. "At the moment the process is at least slowing down or being postponed."

For Jim Tom George, who wants his old home back in Port Harcourt, that is little consolation. The compensation for his eviction, which the government has now agreed to pay, also won't get him very far.

"The amount is so small, it's not even enough to pay the rent once."

'The world is increasingly dangerous for refugees'