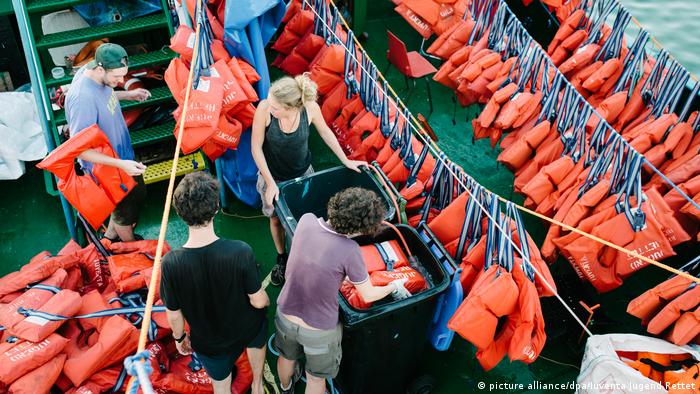 The German branch of Amnesty International is recognizing the "luventa10," members of an ocean rescue group, with the organization's human rights award, Amnesty's office in Berlin announced on Tuesday.

The NGO's German wing awards the prize along with €10,000 ($10,900) every two years to individuals and organizations that, despite difficult circumstances, stand up for human rights.

Criminal investigations have been brought against ten ocean rescue activists from Germany, the UK, Spain, and Portugal, "even though all they've done is save humans from drowning in the Mediterranean Sea," Amnesty said, explaining its reasoning behind the choice.

The rescue ship "Iuventa" — operated by the German rescue organization Jugend Rettet, or "Young People Save" — trawled the Mediterranean Sea from July 2016 to August 2017. Rescuers helped save over 14,000 people from drowning in that time period, Amnesty International reported.

An Italian court has charged the activists with "aiding and abetting illegal immigration."

Amnesty calls the charges "more than shaky." Iuventa10 stands as an example of how those that help "are criminalized for not forsaking people fleeing their home countries in their moment of need," the organization said.

An awards ceremony will take place in Berlin on April 22.