The human rights organization has demanded an improvement in the living conditions of migrants camped in Greece. Over 46,000 refugees are living in squalor, scattered around the Greek mainland. 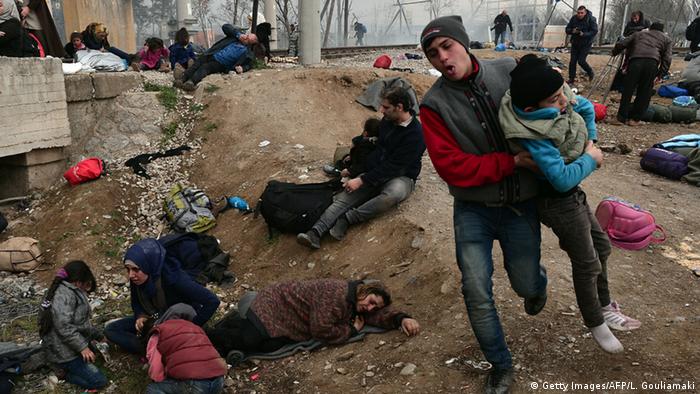 Most of the stranded immigrants were women and children, Amnesty International's Europe and Central Asia Director, John Dalhuisen warned. "The decision to close the Western Balkans route has left more than 46,000 refugees and migrants in appalling conditions and in a state of constant fear and uncertainty," Dalhuisen said in a report called "Trapped in Greece: an avoidable refugee crisis."

The director criticized EU countries for exacerbating the crisis by failing to act in a decisive manner and relocate the tens of thousands of migrants. "If EU leaders do not act urgently to live up to their relocation promises and improve conditions for stranded refugees and migrants, they will face a humanitarian calamity of their own making," Dalhuisen added.

Only 615 out of 66,400 migrants had been relocated from Greece to other EU states in 2015, according to a European Commission report released last week. 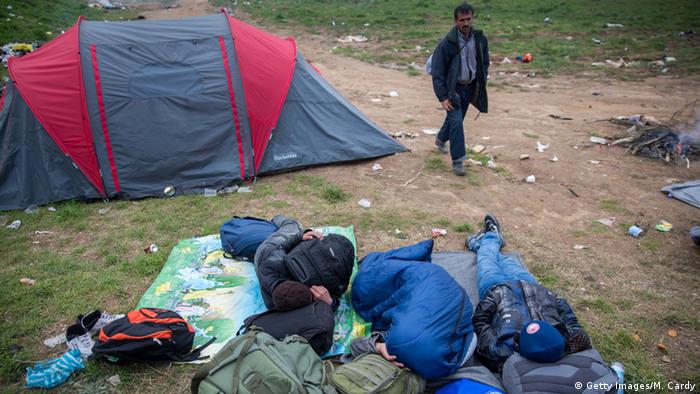 Thousands of refugees are camped in Idomeni, at Greece's border with Macedonia

Tens of thousands of others were left to cope with inadequate conditions in 31 accommodation sites set up in Greece. According to Amnesty's publication, the camps were overcrowded with no heating ,almost no privacy for the inhabitants, as well as insufficient sanitary facilities.

"The conditions here are not good and we are sleeping on the ground; our blankets are soaked with water. There are no bathrooms. This is why people are getting sick," a pregnant woman from Syria told Amnesty experts who went to Greece to monitor the situation. Another migrant asked, "Why don't they let us go? They want us to die here?"

The human rights organization also reported instances of women complaining they felt unsafe in some accommodation sites and were at the risk of exploitation by men.

The human rights watchdog pressed Greece to improve its asylum system and provide protection to all refugees. It also called for better support from the European Union and urged other member countries to urgently accept asylum seekers.

Human Rights Watch has said refugees and migrants in Greece are being arbitrarily detained in camps under poor conditions. Many migrants were not informed why they were being detained. (14.04.2016)