America′s longest war - Lost opportunities in Afghanistan? | Asia| An in-depth look at news from across the continent | DW | 06.10.2016

15 years ago, the US launched what would turn out to be its longest war. DW talks to former CIA station chief in Islamabad, who was deeply involved in the campaign that ousted the Taliban regime in Afghanistan. 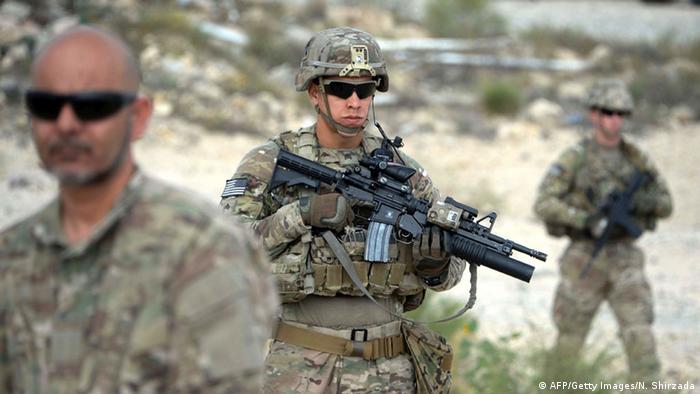 DW: The war in Afghanistan is the longest war waged by the United States, even though the number of its troops has been reduced drastically from well over a 100,000 a few years ago to the present 8,500. Still, lasting peace seems more remote than ever. How do you view the Taliban's resilience and resurgence?

Robert Grenier: The Taliban's resurgence has been underway at least since 2005 when we could see the first signs that they were beginning to reassert themselves. And the Taliban have gained far more momentum since then.

I was very concerned even before the war began at the end of 2001 - when I was negotiating with the Taliban to try to find some mechanism that would permit them to comply with the demands of the US administration and prevent war - that we would ultimately end up in a never-ending conflict.

And that's the state we are in right now. While we haven't managed to conclusively defeat our antagonists, they have been incapable of winning, thus leading to this protracted struggle.

As you said, you had negotiated with the Taliban prior to the start of the hostilities, was there ever a realistic chance that the US could have achieved its goal of arresting Osama bin Laden and other leading figures of al-Qaeda without going to war?

No, I don't think so. I had these negotiations with Mullah Osmani, number two in the Taliban leadership. In the second of the two meetings that I had with him, I tried to convince him essentially to oust the then Taliban leader, Mullah Omar, and seize power, in order to do what needed to be done - both to render bin Laden and his key lieutenants to justice as well as to save the Taliban movement.

Some people have suggested, that if we could have continued with those negotiations a little bit longer, if the US hostilities had not begun as quickly as they had, then we might have been able to reach some sort of an agreement. 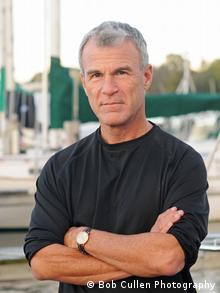 Grenier: 'There are significant parts of the country, particularly in the south and the east, where it seems inevitable that the Taliban will further consolidate their control'

But I don't think that would have been the case, as I later found out that Mullah Omar had too much control over senior members of the Taliban leadership.

We certainly did everything that I felt we could do at the time. But it did not work. And I don't believe, that more time and more effort would have allowed us to reach an agreement with the Taliban.

What, in your view, went wrong after the toppling of the Taliban regime, as US and NATO forces began to be seen by Afghans as occupiers rather than liberators?

It is a very long and complicated issue. Certainly, one of the problems was that many CIA and Pentagon officials did not really understand very much about Afghanistan or the dynamics between al-Qaeda and the Taliban. They tended to view things in very stark black and white terms. For example: After the fall of Kandahar in early December of 2001, I thought that some effort should have been made to reach out to at least some elements within the Taliban leadership, to provide them with assurances that there would be some future for them in Afghanistan and that they would not necessarily be hunted down.

There were certain members of the senior Taliban leadership who had committed crimes and who certainly should have been brought to justice. But there were other cases, where a political accommodation could have been made.

But at that time there was absolutely no interest among US policymakers in doing that. And I think that was a lost opportunity. At the time we did not realize how important an opportunity it was, or how grave the consequences of our failure to seize it would ultimately be.

And in the subsequent years - obviously the longer that the US military presence lasted and particularly when that presence was greatly increased beginning in 2009 and 2010 - the perception of the US presence in Afghanistan did change substantially, at least among some segments of the Afghan population.

Overall, the international presence was welcomed by most Afghans. But I think, the expansion of US presence to over 100.000 troops at one point was ill considered. It did probably create more problems than it solved.

It is impossible to talk about Afghanistan without taking into account its neighbor Pakistan. That nuclear-armed country of 180 million people is less stable today than it was 15 years ago. Why is Pakistan looking worse today than it was before?

Afghanistan - How we choose

Afghanistan - How we choose

I would certainly agree with that assessment. But having said that, I don't think Pakistan is on the verge of collapse – far from it.

However, they are involved in a very serious long-term struggle against religious extremism in many of its different manifestations. That is an issue of concern. I would also have to say, that for many years, the US relationship with both Afghanistan and Pakistan has been a bit backwards.

If you look at the strategic weight of Pakistan versus Afghanistan, Pakistan is certainly of far greater importance. Yet, since 9/11 and up until recently, our relationship with Pakistan has been controlled by our policy toward Afghanistan. In my view, our efforts in Afghanistan have had the effect of further radicalizing elements within Pakistan itself.

That was an unintended consequence of our policy in Afghanistan. And that was predictable. And certainly from 2002 onward, the Pakistani leadership understood that the US presence in Afghanistan was going to create serious domestic problems for them.

And that's precisely what we have seen. Yet, given that we had to tackle al-Qaeda and the Taliban inside Afghanistan, which drove our regional policy, we were left in a situation where we and the Pakistanis would have to try to compensate as best as we could for the unintended consequences of our actions in Afghanistan.

US drone strikes in Afghanistan and Pakistan are extremely controversial and contribute to the resentment among the local populations. Do you believe these actions - and the collateral loss of lives of a substantial number of innocent civilians - create more terrorists than are killed?

That's hard to say. I think that the US policy of drone strikes inside Pakistan certainly has had the effect of radicalizing more people and motivating more people to attack US and other foreign troops in Afghanistan. It has also motivated Pakistanis to strike against their own government in Islamabad.

Still, I think there have been few other tools available to the US. In particular, after the US increased its military presence in Afghanistan, there were more US and NATO troops as well as Afghan allies vulnerable to attacks by militants based inside Pakistan.

Given Pakistan's inability to do anything about it and the inability of allied forces to allow ground troops to cross the border and strike the militants inside Pakistan, the only tool that was left are drone strikes.

While it was certainly understood that there would be negative consequences within Pakistan to these drone strikes, the imperative to protect US and NATO troops was strong enough and the US essentially concluded that it had no choice but to continue with those drone strikes.

Looking forward, do you see any chance to stem the Taliban tide and shape a peaceful future for Afghanistan?

I certainly don't think that there are any short-term actions that we can take. In my opinion, it is well within the ability of the international community to provide enough support to the Afghan government that it can preserve itself and can keep most of the country from being overrun by the Taliban.

That being said, there are significant parts of the country, particularly in the south and the east, where it seems inevitable that the Taliban will further consolidate their control.

Certainly, the Afghan forces are not and will not be sufficient to completely defeat the Taliban. I think that we are going to see a stalemate for quite some time to come. And ultimately, when all sides are tired of the stalemate, there will be some sort of a de facto political accommodation that will have to be made inside Afghanistan.

But with a substantial reduction of international forces, the fact that the US is certainly not going to re-engage in Afghanistan in the way that it did a number of years ago, it is ultimately up to the Afghans themselves to sort all this out. Unfortunately, that is going to mean a lot of misery and a lot of violence for quite some time to come.

Robert Grenier served as CIA's top counter-terrorism official and was the station chief in Islamabad, Pakistan, from 1999 to 2002. He had practical responsibility for Taliban-dominated ­areas of southern and eastern Afghanistan during the crucial early months of the war. In his book "88 Days to Kandahar," published in January 2015, Grenier tells the turbulent story of those days.

After a spate of recent deadly bombings, the Afghan capital Kabul still remains in shock. Experts believe Afghanistan's increasingly close ties with India are a reason for the uptick in violence. (07.09.2016)

Can Afghanistan step out of Pakistan's shadow?

For decades, Afghanistan has been relying economically and militarily on neighboring Pakistan. But Afghan President Ghani wants to break this dependence by bolstering ties with India, where he is on a two-day visit. (14.09.2016)