Because it was the first major sporting group to exclude Jews in the 1930s, the German Alpine Association examined its role in Nazi Germany and how climbing feats became fodder for Hitler's propaganda machine. 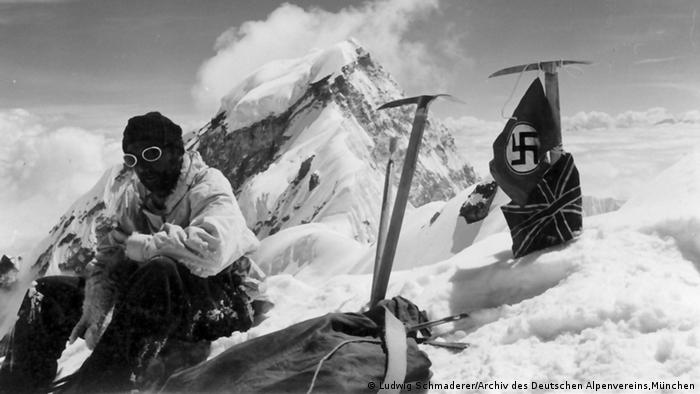 Four days were enough to turn the simple mountaineer Heinrich Harrer into a hero. In July 1938, he and three fellow climbers were the first to successfully scale the infamous Eiger North Face route to the summit of the 3,970-meter (13,025-foot) peak in the Swiss Alps. The German-Austrian team's success was hailed as a conquest of "the last great problem in the Alps."

"It was this triumph of man over nature that the National Socialists, ruling Germany and Austria at the time, knew to use well for propaganda," said Friederike Kaiser, head of an exhibition at the German Alpine Association Museum in Munich. The exhibit, titled "Berg Heil," examines the group's history under the Nazi regime and before, from 1918 to 1945.

The climbers became icons in the Nazis quest for, and belief in, German superiority, Kaiser said. At a sports festival in Wroclaw, in present-day Poland, the four men were received by Adolf Hitler and were praised for their fearlessness and invincibility in serving the Third Reich. A few months earlier, Harrer had become a member of Hitler's National Socialist German Workers' Party (NSDAP). While summiting Eiger was the zenith of his mountaineering career, meeting Hitler was a highpoint in Harrer's personal life. In his 1938 book he noted, "We climbed up the North Face of Eiger over the summit and up to our führer." 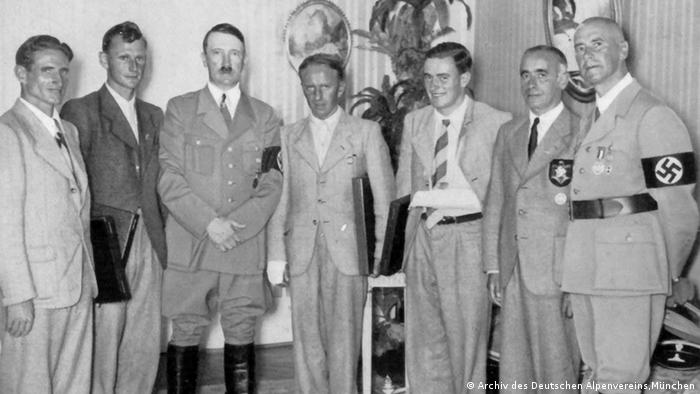 "The führer-cult and notions of German nationalism paved the way for racial hatred and anti-Semitism in the German-Austrian Alpine Association, which was seen at the time as the voice of mountaineering, In the German Empire it was the first major sporting association to exclude Jews," Kaiser said.

Of the 405 local chapters in the Alpine Association, 148 had kicked out German members by the end of 1924. A local club founded by Jews and affiliated with the association was also excluded from the larger group. 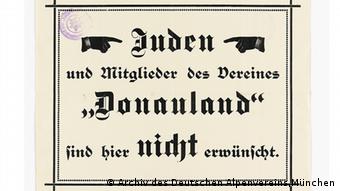 "There were groups in the association that were vehemently opposed to excluding the Jewish group, but the majority gave in and said they would exclude the Jewish club to keep the larger association from being divided," said Kaiser.

The Alpine Association remained silent about its ties to the Nazis for decades after the end of World War Two.

"This came from the fact that we were not sure why the Alpine Association was anti-Semitic so early," Kaiser said. 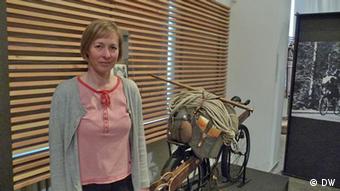 Kaiser, who in addition to organizing the exhibition has also written a book on the topic, said that after speaking to people who lived through the period and researching films and documents she saw a number of factors coming together that played into the hands of the Nazi ideology of a master race.

A deep-seated love for their home in the mountains was also abused as a means to exclude others. Mountaineering was also militarized and the Alpine Association was obliged to recruit soldiers for the mountain infantry between 1933 and 1945. Climbing expeditions, including the first attempt to reach the summit of Nanga Parbat in the Himalayas, were declared campaigns for Germany. Nazi propaganda pronounced that climbers would gain honor for Germany, or die trying.

Heinrich Harrer, who was born in Austria, traveled to Nanga Parbat to look for a path to the summit after previous attempts to climb the mountain had claimed dozens of lives. But World War Two broke out and he was incarcerated in a British detention camp in India, preventing his return home. A spectacular jail break and trek followed, which ultimately took him to Tibet, where he became an adviser to the Dalai Lama. 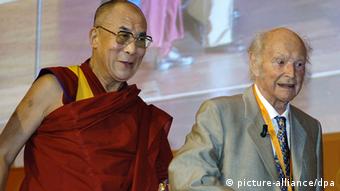 The Dalai Lama and Harrer maintained their friendship throughout Harrer's life

His experiences there would later be the basis for his bestselling book "Seven Years in Tibet", which in 1997 was made into a film of the same name starring Brad Pitt.

Harrer started a new life as an author, filmmaker and researcher after the end of the war without ever divulging his involvement in the Nazi regime. Later in life he said, "My passion and love for the mountains brought me into contact with these disastrous policies after my success on Eiger." Harrer, who died in 2006, also called his association with the Nazis a "dumb mistake" made in his youth.

Harrer still serves as an example of exceptional mountaineering, but also as an alpine hero who denied his role in the Nazi regime.

Bad Nenndorf, site of annual neo-Nazi marches since 2006, stands to become a central gathering place for extremists. But townspeople are doing their best to fight back, organizing colorful counter-protests every August. (22.08.2012)

The myth of Hitler's role in building the autobahn

Many people still believe that the Nazis invented the famous German autobahn, and that the construction work helped eradicate mass unemployment in Germany. But this is a historical fiction. (04.08.2012)