All four poker heist suspects behind bars | Germany| News and in-depth reporting from Berlin and beyond | DW | 21.03.2010 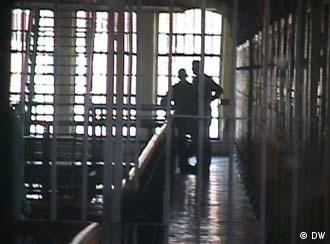 Two weeks after a spectacular daylight robbery at a poker tournament in Berlin police have arrested all four suspects who had made off with nearly a quarter of a million euros.

The 19- and 20-year-old pair were detained separately around noon and late Saturday at Berlin's main Tegel airport. Both men had informed police through their lawyers that they would be traveling back to Germany from Istanbul and Beirut. Authorities had issued an international arrest warrants for the alleged robbers.

The German leg of the European Poker Tour attracted around 950 participants including German tennis legend Boris Becker who had been eliminated from the competition a day before the March 6 heist.

On Monday, a 21-year-old German national surrendered to police, naming his three accomplices. A 20-year-old suspect was later arrested by police on a routine patrol two days later.

A security guard grabbed one of assailant's bag with half a million euros of prize money, preventing the robbers getting away with even more of the one million jackpot.

German police expect to make arrests soon after a brazen robbery at Germany’s largest poker tournament at the luxury Grand Hyatt hotel in Berlin at the weekend. (08.03.2010)

A man who had been arrested as a suspect in a poker tournament robbery in Berlin has been released again. Police said there was no immediate grounds for holding the man. (13.03.2010)

Poker tournament robber turns himself in to police

Four masked men wielding machetes and handguns burst into a high-stakes poker tournament in Berlin and made off with 242,000 euros in cash earlier this month. Now one suspect has turned himself in to police. (17.03.2010)