The purchase of SunArt is set to boost Alibaba's online grocery shopping business. It comes as the coronavirus pandemic has pushed more and more Chinese consumers to buy groceries online. 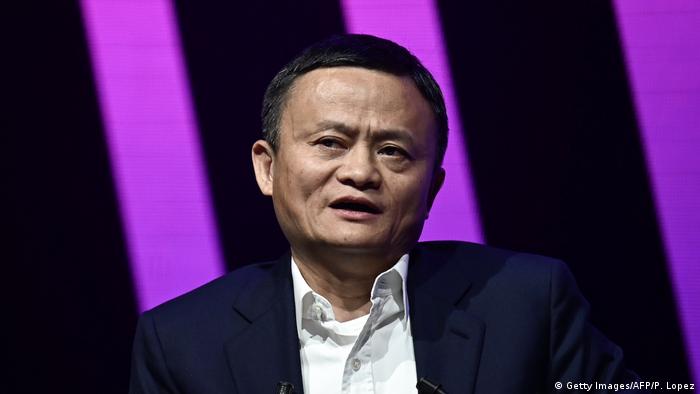 Chinese e-commerce giant Alibaba has announced the $3.6 billion (€3 billion) purchase of a controlling stake in SunArt, the affiliate of French shopping giant Auchan in mainland China.

SunArt was created by Auchan in 2000 with Ruentex Group and joined in an "alliance" with Alibaba in 2017. It now runs hundreds of hypermarkets on the mainland.

With the purchase, Alibaba is set to take a 72% holding in the company. This will help tighten Alibaba's grip on China's vast but still growing e-commerce sector.

"Sun Art has made significant progress in the digital transformation," Alibaba said in a statement Monday announcing its investment.

The supermarket chain has since been "leveraging resources and technology from the Alibaba ecosystem."

Alibaba hopes the buyout of SunArt will boost a promise to deliver groceries within 30-60 minutes of being ordered over its Tmall platform, the statement added.

The purchase comes at a time when the coronavirus pandemic has pushed more and more consumers to buy groceries online. But Alibaba is also set to gain control of 13 million square meters (140 million square feet) of retail space in scores of cities across China.

Read more: Who is Alibaba's next chairman Daniel Zhang?

The news of Alibaba’s acquisition coincided with data published on Monday showing China's economy recording year-on-year growth in the third quarter despite the pandemic.

In particular, consumer spending picked up last month, seemingly indicating that the Chinese have grown more confident that their government has the virus under control.

The shutdowns of major cities around the country to fight the virus led to a highly unusual contraction for the Chinese economy in the first three months of the year, but with new infection rates being brought under control it has seen a strong recovery over the past six months.

China is now likely to become the world's only major economy to record growth in 2020, the International Monetary Fund said.