Algerian army chief calls for presidency to be vacated

Algeria's army chief has called for 82-year-old President Abdelaziz Bouteflika to be declared unfit to rule. With the power to make the declaration, the constitutional council has convened an emergency meeting. At the weekend, there was another rally calling for the immediate resignation of the president

Algerian army chief of staff Ahmed Gaid Salah on Tuesday called for President Abdelaziz Bouteflika to be removed from office by using articles of the constitution.

The North African country has been rocked by more than a month of protests calling for Bouteflika to step down in order to pave the way for a democratic overhaul of Algeria's political system.

"In this context it became necessary, even imperative, to find a solution to end the crisis that responds to the legitimate demands of the Algerian people and which quarantines the rules of the constitution," Salah said in comments carried by state news agency APS. 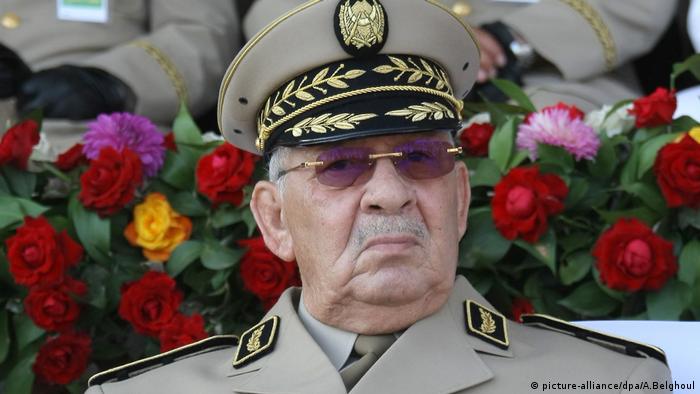 If the constitutional council formally declares Bouteflika unfit for office, parliament's upper and lower house would then need to ratify the decision by a two-thirds majority.

Army chief Salah suggested using Article 102 of the constitution as the method by which to remove Bouteflika. The article can be used if the "President of the Republic, because of serious and enduring illness, finds himself in a total incapacity to exercise his functions."

Based on Article 52, the chairman of parliament's upper house, Abdelkader Bensalah, could serve as caretaker president for at least 45 days.

Read more: Is Algeria the new 'cradle of civilization?' 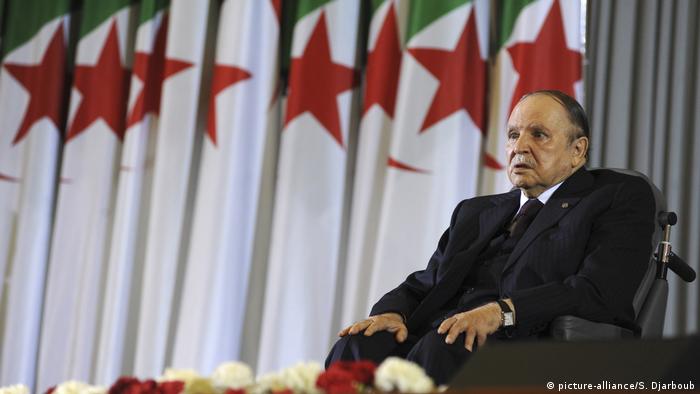 Bouteflika has rarely made public appearances since suffering a stroke in 2013. The general emphasized that the president was no longer fit in his call for the president to be removed

Bouteflika, once a national war hero for his involvement in the liberation war against France, has rarely appeared in public after suffering a stroke in 2013. He has ruled over Algeria for nearly two decades.

There have been street protests with hundreds of thousands of Algerians rallying against Bouteflika's re-election bid and extension of his rule since February 22.

Earlier this month, Bouteflika abandoned his bid to seek a fifth term, but then said he would remain in office until a successor was elected.