Though his decision not to seek a fifth term sparked celebrations, President Abdelaziz Bouteflika's move to delay elections has Algerians up in arms. Many want a quick transition after Bouteflika's 20-year rule. 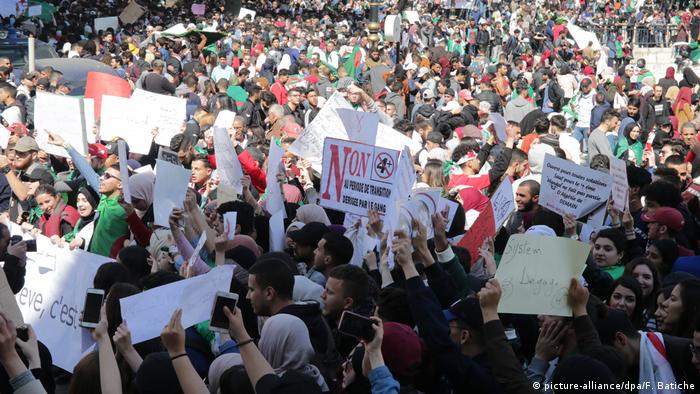 Hundreds of demonstrators, most of them students, gathered at the Grande Poste D'Alger Square in the nation's capital of Algiers, saying Bouteflika was just "playing with words."

"The students are resisting the extension of the fourth mandate," they chanted.

Huge crowds also gathered in several other cities in the country, including the Mediterranean port of Bejaia, where Ennahar TV reported workers began a strike that paralyzed operations there. Protests are expected nationwide on Friday.

Bouteflika, 82, announced on Monday that he would not seek a fifth term, bowing to weeks of mass demonstrations against his two-decade-long rule, but stopped short of stepping down. He also postponed an April 18 election without setting a new date, a move that could leave him in power indefinitely.

His decision to withdraw his candidacy sparked celebrations on Monday, though many called it only a first step. Critics fear that the president's maneuver to delay elections threatens democracy and could pave the way for him to handpick a successor. 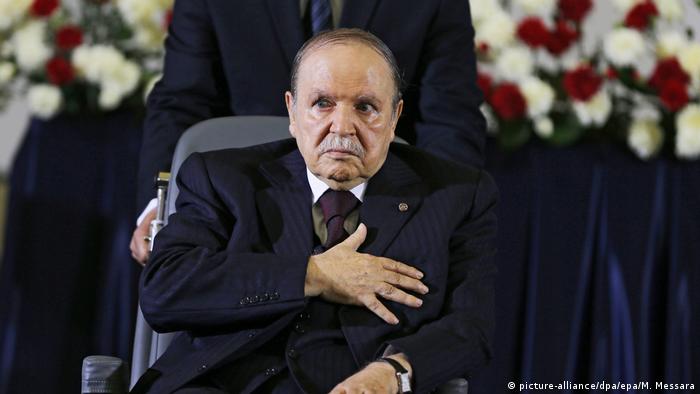 Protesters on Tuesday demanded quicker action from the Algerian government, adept at manipulating opposition groups, might attempt to weaken and divide the protests.

Protests erupted last month against Bouteflika's plans to seek a fifth term, drawing millions to the streets. Young people in Algeria have been at the forefront of the demonstrations against the Algerian president, whose government is filled with other veterans of the 1954-1962 war of independence against France.

Bouteflika is expected to name Lakhdar Brahimi, a prominent international peacemaker who worked as a UN mediator in Syria, to lead a new "national conference" aimed at setting a new election date and drafting a new constitution. The appointment of Brahimi, who is also in his 80s, could ease concerns of foreign allies, but many critics have dismissed him as a has-been who has spent too much time abroad to understand Algeria's current situation.

France, which has a large Algerian population due to its long colonial history in North Africa, has been watching the developments closely. French President Emmanuel Macron on Tuesday said Bouteflika's announcement opened a new chapter for the North African country, but called for a "reasonable duration" to the transition period.

"I think it's a sign of maturity. We will do everything to accompany Algeria in this transition with friendship and respect."

A painful colonial past and strategic ties guide France's low-key response to Algeria's anti-government demonstrations — even as critics at home call on Paris to side with the street. Elizabeth Bryant reports from Paris. (08.03.2019)