After nearly a month of protest, President Abdelaziz Bouteflika has promised to end his twenty-year rule and usher in political reforms. He promised an "appropriate response" to the demands of demonstrators. 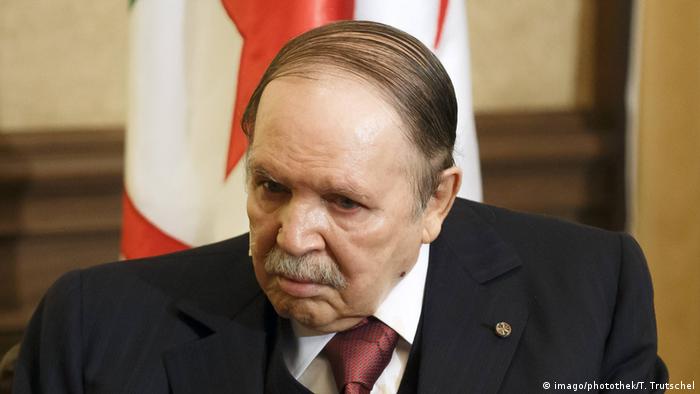 Algerian President Abdelaziz Bouteflika said on Monday that he would not run for a fifth term afterweeks of demonstrations across the North African country.

The presidency also announced via the official APS news agency that the country's national election, originally scheduled for April 18, would be postponed pending a national conference on political and constitutional reform.

"I have decided to make substantial amendments in the government formation as soon as possible. Such amendments will be an appropriate response to the demands that have come from you," he said in a statement.

He also promised an interim leadership structure to oversee the new vote.

Tens of thousands of people have taken to the streets in recent weeks, to demand that Bouteflika, who has been in power since 1999, finally step down.

Bouteflika has managed to stay in power by pushing through constitutional amendments to keep extending term limits. All but one of his four elections have been marred by widespread allegations of fraud and irregularities at the polls.

Sometimes jokingly called the "living dead" president by his critics, Bouteflika, 82, has not often been seen in public since he had a stroke in 2013. On Sunday, he returned from two weeks in Switzerland for medical treatment.

He had initially promised to not complete a fifth term if he was re-elected, but protesters demanded he give up his candidacy entirely. Earlier on Monday, some 1,000 judges said they would not oversee the election if Bouteflika ran, and religious leaders declared their intention to oppose him.

Prime Minister Ahmed Ouyahia also announced his resignation, and the president signaled that there would be a cabinet reshuffle.