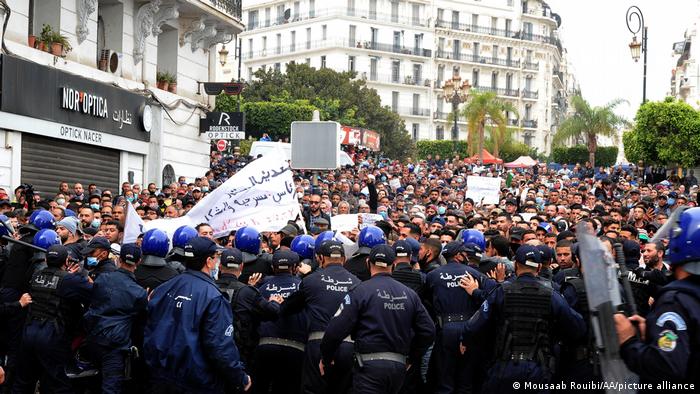 Thousands of Algerians joined the student-led protests against the government on Tuesday, challenging coronavirus restrictions.

The demonstrations came a day after Algeria's President Abdelmadjid Tebboune promised political reforms in response to the recent protests.

Protesters called for dissolving the current political system in Algeria and the power it gives to the military, reviving the two-year-old pro-democracy protest movement, known as Al Hirak.

AFP reported that some 2,000 protesters marched on Tuesday.

Security forces briefly clashed with protesters as they tried to block the rallies, witnesses told AFP. 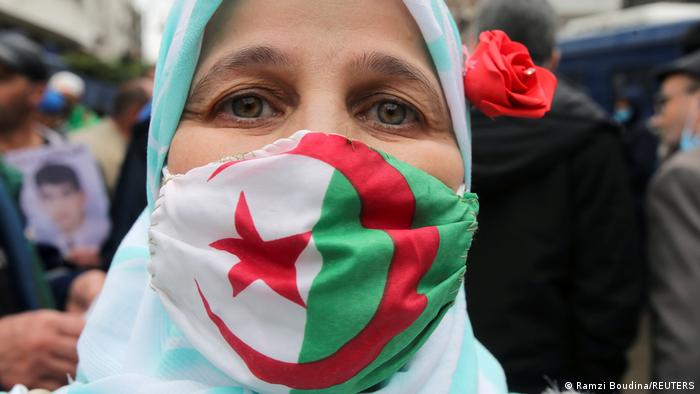 The president 'tried' to reform

Tebboune, who was elected in December 2019, previously expressed support for the leaderless Hirak movement. However, protesters say he did not introduce any major reforms.

"I have tried as much as possible to appoint new ministers. I have honored this commitment by appointing young ministers and five ministers who were Hirak activists and whose work on the ground begins to give results," Tebboune said, referring to a recent government reshuffle.

The president has tried to contain the protests. According to the Algerian state news agency, he also said on Monday that most of the protesters' demands "have been met."

The Hirak movement forced the former president, Said Bouteflika, to resign in April 2019. He had been in power for two decades.

Protesters boycotted the December 2019 presidential election and called the vote a charade.

Last March, coronavirus restrictions imposed a setback on the movement as all protests were suspended.