A picturesque novel — like a film, like a song. It's the first German urban novel. And a story of a man who is constantly landing flat on his face — until, one day, he finally gets it. 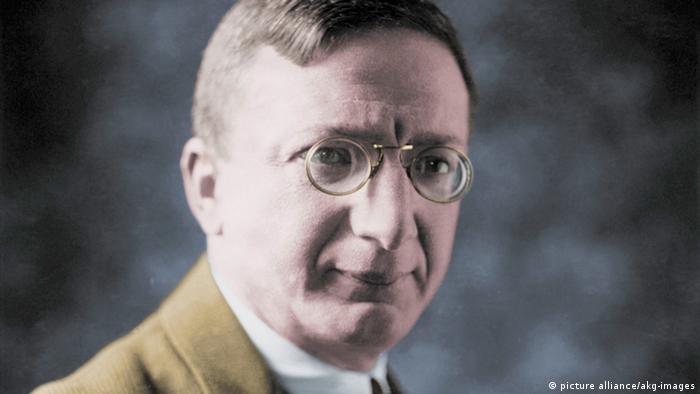 A novel you can't not like. Franz Biberkopf, freshly released from jail for having killed his lover, just wants to be a decent man. But he can't seem to manage it, continually getting involved with the wrong people: crooks, thieves, pimps. And he likes to throw slugs, even the women at his side get the brunt of that. But how to explain the breathtaking success story of this novel, which sold well in 1929 — and had already gone into reprinting 50 times in the first four years following its debut?

Alfred Döblin's Berlin Alexanderplatz tells of the losers of the modern age, of those who have nothing or who have to bravely defend what little they do have. What's special about this: even these "minor" characters, those far down on the social ladder, are awarded a differentiated subconscious. They suffer as much as the larger characters in classics of world literature. 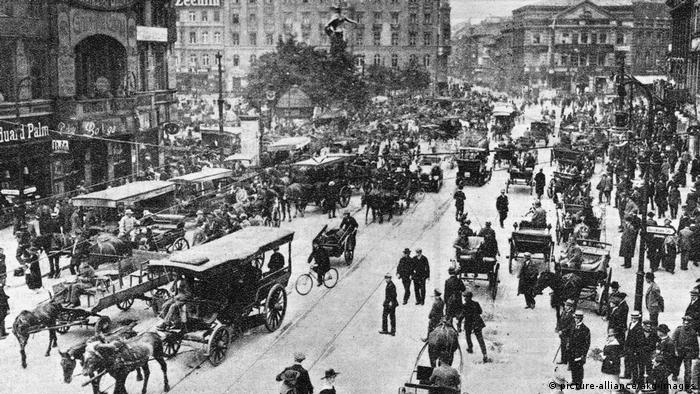 The story of Franz Biberkopf is also the first novel to be entirely dedicated to the city, the juggernaut Berlin. Its dazzling counterpart, the Berlin of the Golden Twenties, is not to be found in this novel.

The images and scenes in Berlin Alexanderplatz move like a film before the reader's eyes. The point-of-view is continually changing, with one action building on another: a newspaper headline followed by a snippet of dialogue followed by a quotation from the Bible commenting on the action.

"Cursed be the man, saith Jeremiah, that trusteth in man. For he shall be like the heath in the desert, and shall not see when good cometh; but shall inhabit the parched places in the wilderness, in a salt land and not inhabited. The heart is deceitful above all things, and desperately wicked: who can know it?"

Without a doubt, no one had ever written in this way in German before this: Alfred Döblin revolutionized the German novel with Berlin Alexanderplatz. Even today, the book is described as a masterpiece, spoken about in the same breath as works like James Joyce's Ulysses or John dos Passos' Manhattan Transfer.

The abysses of the human soul

Almost all of the characters in the novel are outsiders, not a part of mainstream society. There are people like those with whom Alfred Döblin had daily dealings in his practice as a neurologist. He knew the depths of the human soul. His own abysses, his passions, and his desire to rebut bourgeois norms — he lived all of that out in his writing. And he started that early, during his study of medicine.

Döblin was born as the son of assimilated Jews in Szczecin in what is now Poland in 1878. He quickly became known as one of the most innovative authors of the literary avant-garde. Someone who paid no attention to expectations — whether they be those of his readers, his publisher or his critics. He did not want to adhere to any school, any style. A stubborn, difficult author, a brilliant man run amok, as the critic Marcel Reich-Ranicki called him.

Döblin's work includes poetry, short stories, but also essays and plays. Berlin Alexanderplatz was not only his most successful novel, it also marked a turning point, as it was with this book that Döblin achieved his international breakthrough. The story was filmed for the first time as early as 1931.

Franz and the big city

"As our story begins, Franz Biberkopf leaves Tegel Penitentiary, where a previous foolish life has taken him. He has difficulty initially readjusting to Berlin, but finally, to his relief, he succeeds, and vows to stick to the straight and narrow from now on."

So begins the book. Franz has served his time for manslaughter. And his prospects seem to be quite good. His friends from his past have remained loyal, he's found diverse odd jobs, women like him. But then he gets stuck in the wheels in a literal sense when he — unwillingly — takes part in a burglary, losing an arm and his lover (this time, it is not his fault); he's arrested and later released.

Playing opposite him is the city of Berlin: not just as a foil, but as a main character of its own, an active player and the center of the action. The chorus of many different voices, the montage of news, copywriting, phrasebooks, Bible verses, the description of the tumult on the streets, the smells and sounds, all give a chaotic picture of the rapidly changing metropolis. And in the middle of it all is Franz, overwhelmed by everything — and by his yearnings.

"And he eats his bellyful and gets a good night's sleep, and the next day on the street he thinks: I fancy this one and I fancy that one, but he doesn't proposition either. And the dummy in the shop window, the curves on that, she'd suit me, but I'm not propositioning her either. And he sits in the bar and looks no one in the face and eats his fill and drinks. From now on I'll do nuffink all day but eat and drink and sleep, and life will be over for me. Over, over."

Döblin as a literary role model

Alfred Döblin is a pioneer of classical modernism. Without Berlin Alexanderplatz, many works of literature in the German language would have been unthinkable. 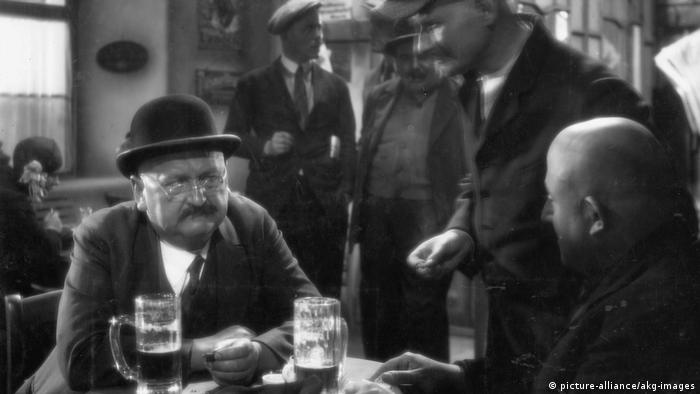 Berlin Alexanderplatz was filmed in 1931 by director Piel Jutzi

Already during Döblin's lifetime, many of his contemporaries expressed their admiration for the writer (who rarely returned their esteem). Thomas Mann, for example, praised the "magnificently successful attempt" to "raise the proletarian reality of our time into the sphere of the epic." Stefan Zweig confessed how much he had learned from Döblin, and also Günter Grass understood himself as his pupil and successor. Although Döblin's Berlin Alexanderplatz is now part of every German-language literary canon, it also is waiting to be rediscovered, especially among young readers.

Alfred Döblin (1878-1957) was a practicing psychiatrist who had already begun writing during his studies. Wallenstein, The Three Leaps of Wang Lun and Berlin Alexanderplatz are among his best-known works. Döblin, in danger due to being both Jewish and a socialist, fled Germany for the US via France just a few days after Hitler rose to power. He was one of the first authors-in-exile to return to Europe after the war.