The brutal violence of the Islamic State of Iraq and Syria (ISIS) has apparently become so bad that even al Qaeda has cut ties with the group. So what does the move mean for the Syrian conflict? 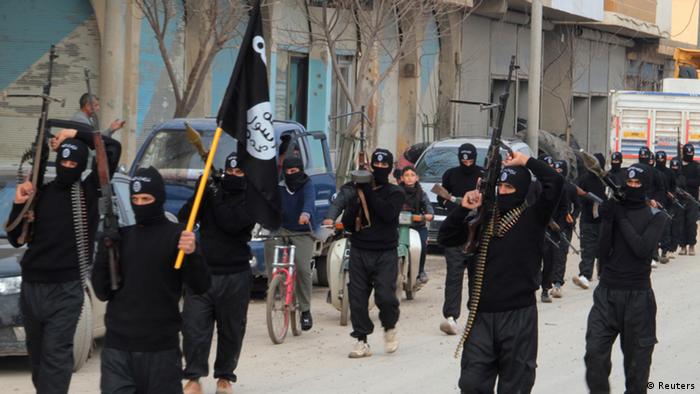 The chaos in Syria turned still more confusing earlier this week, as a new split opened up - not just within the opposition forces, but within the Islamist element itself.

Now, al-Qaeda leader Ayman al-Zawahiri - successor to Osama bin Laden - has disowned one of those affiliates, the Islamic State of Iraq and Syria (ISIS, also called ISIL), leaving the al-Nusra Front as the only "official" al-Qaeda franchise fighting in Syria. ISIS "is not a branch of the al Qaeda group . . . does not have an organizational relationship with it and [al Qaeda] is not the group responsible for their actions," al Qaeda's general command said in a statement released on jihadist websites.

"It is an interesting and big development," said Raffaello Pantucci, counter-terrorism expert at the Royal United Services Institute, though he added that it was difficult to assess the immediate consequences. "It's not unprecedented that we see al Qaeda trying to rein in this particular organization," he told DW. "What is interesting with this one is the categorical and public way they have said, 'This is not part of the organization.' "

The al Qaeda statement, which mentioned the importance of "teamwork," suggested that al-Zawahiri's patience had snapped over ISIS' aggressive and brutal expansion in Syria. Al Qaeda has sent messages to ISIS in the past, ordering them to tone down extreme violence against other Muslims in Iraq. "They were indulging in wholesale slaughter of Shia Muslims in Iraq - bombing markets just to kill as many Shia as they could," said Pantucci. "And there was a sense that, yes, they may be Shia, but they're also Muslims. It was not improving the brand's name."

In the areas that ISIS now controls in Syria, there have been reports of public beheadings, floggings, bans on music, and trucks being pulled over and drivers being shot in the head if they were identified as Shia.

"I think there's a broad agreement between the Salafists and al Qaeda that Shia are basically apostates, so outside the Muslim community," said Myriam Benraad, policy fellow on the European Council on Foreign Relations. "But al-Zawahiri has made clear that the extreme violence used by ISIS - and targetting civilians - is not really favoring the long-term interests of al Qaeda strategy in the region."

Richard Reeve, terrorism analyst at the UK based Oxford Research Group, played down the importance of the move. "Compared to the al-Nusra Front, ISIS' association with the AQ brand was always weak, and tarnished by the group's actions in Iraq," he told DW in an email. "Brand franchising is essentially what the AQ 'central' leadership now does and it may be that ISIS now loses access to funds and the support of many non-Syrian jihadis."

According to Benraad the al Qaeda brand no longer has the impact it was designed to have in the region.

"What we see is very clearly is the fracturing of what is called al Qaeda, which has more or less become a brand," said Benraad. "I think groups like ISIS chose to endorse this brand as a way to position themselves and project a strong message and symbol." 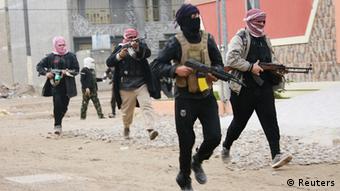 ISIS is led by Abu Bakr al-Baghdadi, an Iraqi who previously commanded ISIS forerunner al Qaeda in Iraq (AQI), which emerged following the US-led invasion of the country, then moved to Syria when the revolution began.

Al-Baghdadi first sparked internecine tensions in April 2013 by announcing the merger of ISIS with the al-Nusra Front in Syria, with himself in overall command. That was disputed by al Nusra, and al-Zawahiri - based in Pakistan - subsequently ruled against al-Baghdadi. "Al Nusra seems to have developed into more the indigenous Syrian al Qaeda, whereas ISIS is mainly al Qaeda fighters from Iraq spreading across its borders," explained Pantucci. "They seem to be quite heavily foreign, and you see a lot of Westerners joining them as well."

Ideologically there is little to choose between the al Qaeda and ISIS. But ISIS, says Benraad, is "pursuing its own agenda" of establishing an Islamic emirate, a kind of perfect Islamic state.

"That isn't really the strategy defended by al-Zawahiri," she told DW. "He advocates the armed struggle against the political order in Middle East and North Africa, but without articulating any political road map. Whereas the ISIS leadership has already embraced this road map in creating this Islamic emirate in parts of Iraq and Syria."

Coaxing Europe from its comfort blanket

A new study on European defense capabilities highlights a dilemma: As the US pivots away, the onus is on Europe to do more globally. But the obstacles are big: defense cuts, public skepticism, and political reluctance. (04.02.2014)

UN chief Ban Ki-moon has urged Syria's war-divided opposition and government to quickly and earnestly resume talks in Gevena, adding that he had asked the US and Russia to "use their influence." (01.02.2014)