Airstrikes, shelling as Turkey and Kurds clash in Syria 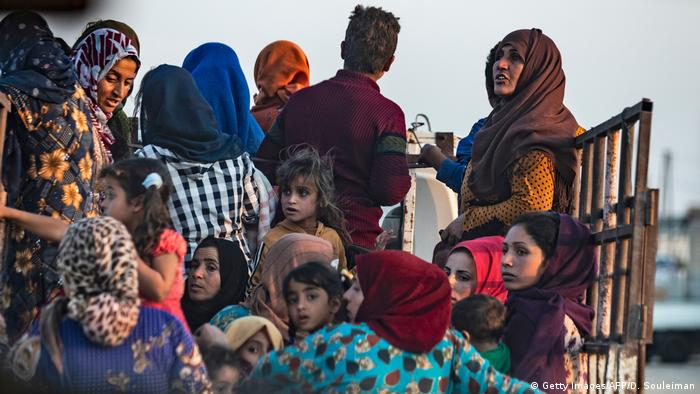 There was heavy fighting on Thursday between the Turkish military and Kurdish-led Syrian Democratic Forces (SDF), with the death toll rising on what is now the second day of Ankara's offensive in northern Syria.

Shelling hit Turkish border towns, including Akcakale. The shells are believed to have been fired from areas controlled by the Kurdish militia in Syria and have injured a number of people.

Turkish officials said that two people, including a 9-month old Syrian baby, were killed in the Kurdish shelling of the border town. Another 46 people were wounded.

Meanwhile, Turkish attacks on Thursday targeted the Ras al-Ayn area. Our forces "confronted a field incursion attempt by the Turkish occupation army on the axis of Tal Halaf and Aluk," the SDF said in a statement. 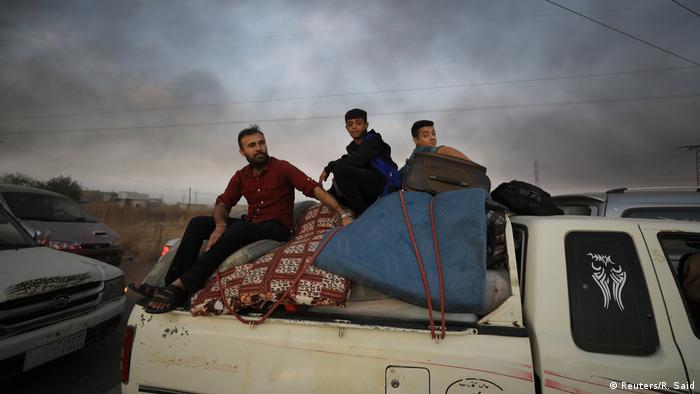 "Fierce clashes are continuing in the villages that [Turkish forces] are trying to enter," said Marvan Qamishlo, an SDF media official.

Kurdish-led authorities said Turkey shelled part of a prison in Syria's Qamishli, where a large number of "Islamic State" (IS) militants were held. 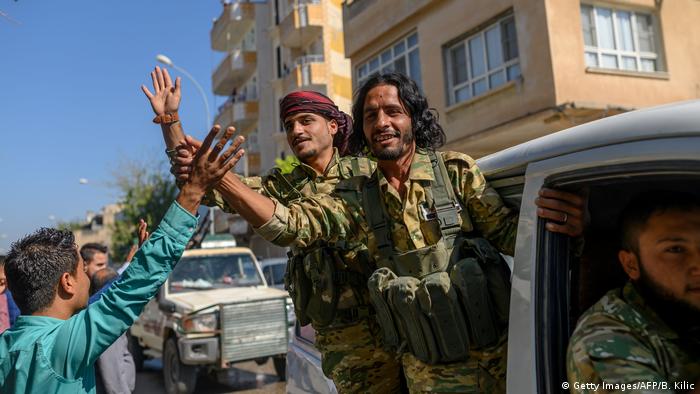 Erdogan's comments follow a statement from Turkey saying its offensive was advancing as planned. It claimed its military had hit 181 targets so far with airstrikes and artillery.

In a tweet on Thursday, the Turkish Defense Ministry stated it was targeting shelters, positions, weapons, tools and equipment in addition to Kurdish militant and IS "terrorists," referring to the two groups together.

"Our heroic commandos taking part in Operation Peace Spring are continuing to advance east of the Euphrates," the Defense Ministry wrote on Twitter. "The designated targets were seized," it said in a later statement.

The Turkish Defense Ministry also released footage of its forces advancing through the night and firing on unseen enemies. 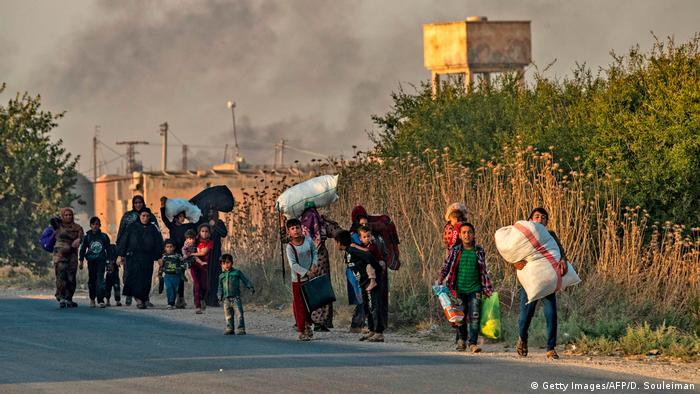 According to the UN's human rights agency UNHCR, tens of thousands of civilians are now moving to escape the Turkish escalation in the area. The agency called for civilians and civilian infrastructure in the area not to be targeted.

The attacks are an escalation of the Turkish offensive on Wednesday, when its military bombarded targets in Kurdish-controlled areas to prepare for a ground offensive.

According to reports, Turkish forces attempted a ground assault on the border town of Tal Abyad on Wednesday, but the SDF stated they successfully defended against the attack.

French President Emmanuel Macron said he was "vehemently" opposed to Turkey's offensive and urged Ankara to end it "as quickly as possible."

Macron also warned that the attack on Kurdish forces might help IS to rebuild.

"The risk of helping Daesh rebuild a caliphate, and the humanitarian risk, are Turkey's sole responsibility before the international community," he added, using the Arabic language acronym for the terrorist militant group.

Several other EU leaders also spoke out against the attack.

US President Donald Trump wrote on Twitter Thursday he was talking to "both sides" in an attempt to end the ENDLESS WARS."

Trump drew widespread criticism internationally and domestically after saying he would withdraw troops from the region.

Numerous governments spoke out against the offensive that began on Wednesday, ahead of a UN Security Council meeting on Thursday to discuss Syria.

China said that Syrian sovereignty "must be respected."

According to the Russian news agency RIA, Moscow plans to push for dialogue between the Syrian and Turkish governments.