Over 20 aid organizations working in warn-torn Yemen have called for Washington to revoke its recent labeling of the Iran-backed Houthi rebels as a terror group. The move put "millions of lives at risk," activists say. 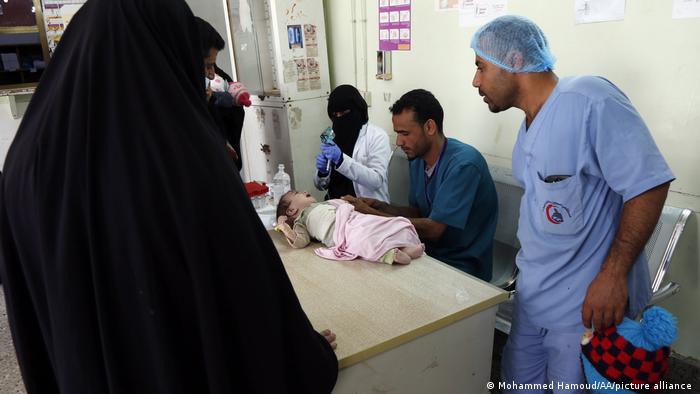 The US decision to designate the Houthi rebels as foreign terrorists must be revoked "immediately", said 22 aid organizations working in Yemen on Sunday. The joint appeal was issued by Mercy Corps, Oxfam, Save the Children and Norwegian Refugee Council, among others.

The Shiite rebel faction controls wide swaths of territory in Yemen, including regions affected by famine. The US move effectively froze the group's US-related assets, ableit with limited exemptions for entities such as the UN and Red Cross. The changes came into effect on Tuesday, one day before President Joe Biden took the reigns in Washington.

That legal implications of the label were not yet fully understood. However, it had left international banks, shipping companies and suppliers unlikely to continue their Yemen operations, thereby putting "millions of lives at risk," activists said.

Delays and uncertainty, according to the appeal, would hinder "essential" deliveries of food, medicine and fuel, according to aid workers.

"This designation comes at a time when famine is a very real threat to a country devastated by six years of conflict," said the 22 groups.

At his confirmation hearing, Biden's nominee for secretary of state Antony Blinken pledged to look into the issue "immediately." On Friday, the new US administration said the decision was under review.

Since 2015, a US-backed Arab military coalition backing Yemen's internationally recognized government has fought the ethnic Houthi rebels in a war, begun in 2014 and widely seen as a proxy conflict between US ally Saudi Arabia and its regional rival Iran.

US special envoy Martin Griffiths urged negotiators to prioritize "the immediate and unconditional release of all sick, wounded, elderly and children detainees as well as all arbitrarily detained civilians, including women."

Last October, a swap negotiated via Geneva saw the release of more than 1,000 detainees.

That followed occasional smaller releases over the past two years, seen as gestures of food faith that stoked hopes the factions would implement a peace deal struck in Sweden in 2018.