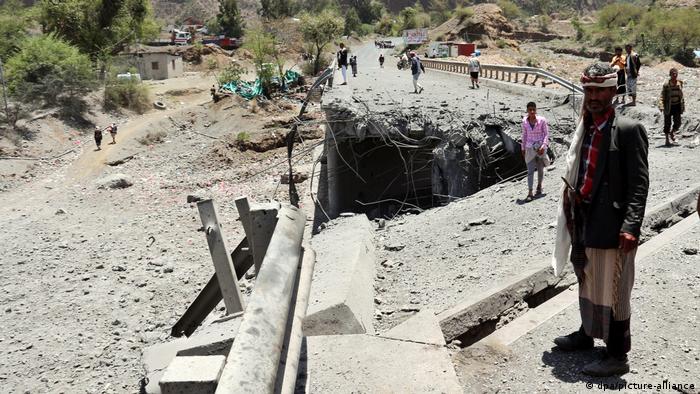 The Saudi-led coalition waging war in Yemen systematically targeted bridges, considered key for the survival of civilian populations, according to a report published on Wednesday by the Yemeni Archive.

In 2015, Saudi Arabia and its allies launched an aerial campaign against Shiite Houthi forces in a bid to reinstall the internationally recognized government of Yemeni President Abed Rabbo Mansour Hadi.

Although the Saudi-led coalition claims that it adheres to international law with regards to its military operations in Yemen, data suggest otherwise.

More than 130 bridges have been hit by airstrikes between 2015 and 2019, according to data provided by the Yemeni Archive. In several of those cases, the bridges were "double-tapped," a term used to describe a target struck once and then again hours later. It generally denotes deliberate destruction.

Many of those bridges linked key networks of roads that have served as lifelines for civilian communities struggling under the weight of the war.

"These are not random attacks," said Abdulrahman al-Jaloud, project director of the Yemeni Archive, an initiative that collects, verifies and collates data about human rights violations in Yemen. "What we see is that these attacks are systematic."

A matter of life and death

Although the Geneva Conventions, which aim to protect civilians during armed conflict, do not specifically mention bridges as civilian objects, such infrastructure is widely viewed as civilian in international law.

Under the Conventions, targeting civilians and their infrastructure is a war crime. The only exception is when civilian infrastructure is outright used for military purposes, such as the transport of weapons or soldiers.

However, even in such cases, international law calls for the principle of proportionality to be used when determining whether to attack such targets. That means warring parties have to determine how the attack would affect civilian populations dependent on the target.

In the case of Yemen, many of these bridges are used to deliver crucial humanitarian aid, including life-saving food supplies to vulnerable communities. Nearly 16 million people are severely food insecure and an additional 3 million are severely malnourished, according to the UN.

But the Yemeni Archive isn't the only initiative bringing attention to the crucial role bridges play in keeping civilians alive.

In 2016, Oxfam decried the destruction of bridges on the main road between the Yemeni capital Sanaa and the port city of Hodeida, saying their "destruction threatens to leave many more people unable to feed themselves, worsening an already catastrophic situation in the country."

In a country that depends on imports for 90% of its food supplies, the ability to deliver those goods quickly becomes a matter of life and death. The destruction of bridges significantly impedes such deliveries. 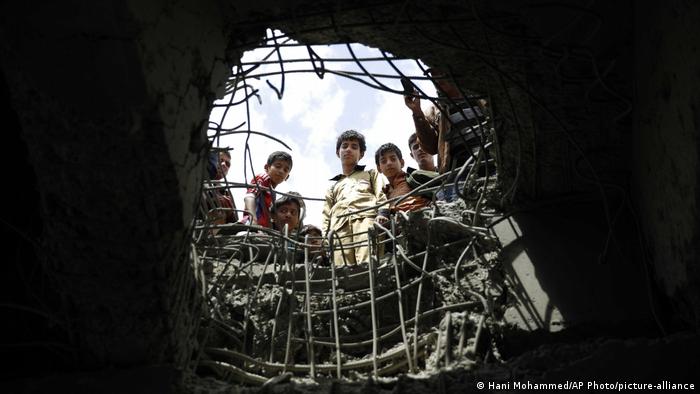 But the attacks on bridges have also killed scores of civilians.

Nearly 150 people have been killed in double-tap airstrikes since 2015. Many of the casualties were the result of people volunteering to search for survivors and recover bodies only to be struck by a fresh airstrike within hours of the initial attack.

"My brother Bassam and one of his friends rushed to help the injured who were hit by the missile that targeted the bridge, but the Saudi-led coalition warplanes fired a second missile when my brother and his friend were killed," a witness told the Yemeni Archive while discussing the impact of a 2015 attack on a bridge linking the coastal city Aden to the capital Sanaa.

"At first, I couldn't even recognize my brother. The body parts were all over the place, in a way that it was impossible for anyone to recognize anyone. We were contacted later to collect his body."

More than 100,000 people have been killed since the war erupted in March 2015, including 12,000 civilians, according to the Armed Conflict Location & Event Data Project (ACLED). An estimated 85,000 others have died as a result of war-induced famine.

"We hope this report highlights the issue of targeting bridges along with the suffering of civilians as a result of these attacks," said al-Jaloud. "People are still suffering today because of the destruction of these bridges."

Yemen: Strife-torn country once again at the mercy of regional foes Iran and Saudi Arabia 06.10.2022

With the end of a truce on October 2, the Yemeni population is facing more hardship as the two warring factions, backed by Iran and Saudi Arabia respectively, pick up where they left off.

Yemen: Strife-torn country once again at the mercy of regional foes Iran and Saudi Arabia