More than 12 million people were affected by the worst drought to hit the Horn of Africa in 60 years. Aid agencies tried providing food relief and mobile nutrition clinics, now some are turning to cash handouts. 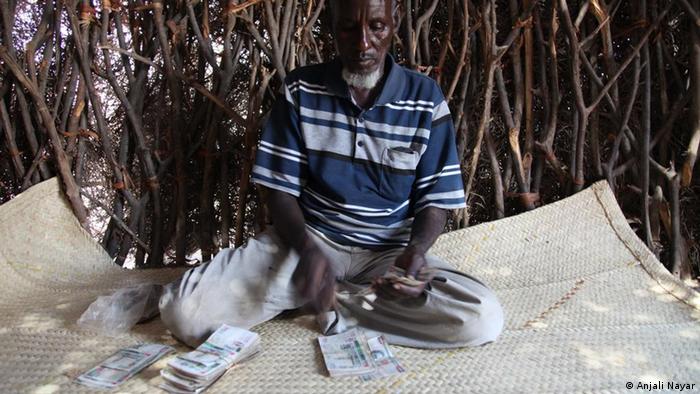 Under some circumstances, cash is more helpful than food

It's payday in the remote Kenyan village of Loruth and Abdoulai Mohammed, a local trader working with the international non-government organization Oxfam, counts bundles of cash inside his grass hut as people cluster outside in the searing sun.

After two failed rainy seasons, there is little left in this pastoral community. Sabine Asebetar said she could only watch as everything around her wasted away.

"For the last two years, we haven't had any rain," she told Deutsche Welle while pumping water from Loruth's only borehole. "Even the trees dried up, even the livestock died. It has affected us so much." 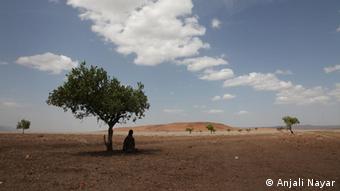 The Horn of Africa experienced the worst drought in 60 years

Oxfam representatives said they hope that by handing out money, people in Loruth will be able to buy food from local traders, since they can no longer raise or grow their own provisions.

Asinyen Lopetet, a local shopkeeper is seeing the results at her local shop opposite Mohammed's hut. A line for basic supplies curves outside the door.

"After people received the money, they started coming here to buy sugar, flour, beans, soap and majority of them are paying debts," she said over the buzz of activity in her shop.

But around town, the reaction to the new handouts has been mixed.

"As soon as I get this money, my relatives will be waiting for me," said Esinyen Maitha as he was waiting in line for his handout. "Brothers in law, in laws generally, even cousins - anyone who hasn't received money - they will come to me begging for some money so they can buy sugar and flour. 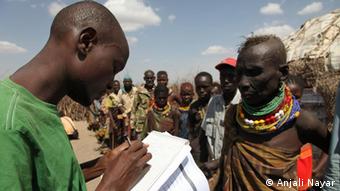 Oxfam maintains a list of people who receive cash

Elizabeth Loree, a local woman who works as a cook for the World Food Program, said she would rather have food.

"With food you can stay for more days, but with cash, if given today, you can use it all," she said while doling out portions of a corn-soya blend to a line of schoolchildren.

Cash is fleeting in Loruth because it goes not only towards food, but medical bills, school fees as well as tobacco and alcohol.

Cash also comes with certain advantages. It is easier to transport than food, and less likely to go bad en-route, especially to remote areas like Turkana. In regions where markets exist but there is no money, cash can help stimulate the local economy rather than compete with it as is the case with food aid.

"Cash allows choice: it allows flexibility as to when you spend it and how you spend it," said Solange Fontana, Oxfam's advisor for emergency food security and livelihoods, from her office in Nairobi. "It can stimulate markets if done properly, in a way that commodity distribution can't." 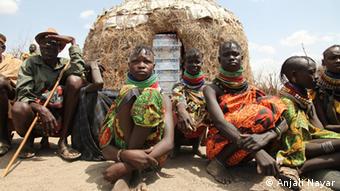 Cash and food are both susceptible to theft

Cash, however, is more susceptible to theft, especially in conflict zones. In the poverty-stricken region of Turkana, though, even food aid has a history of being appropriated by local power-brokers.

In Nakwamekwi, a Turkana village some five hours south of Loruth, a group of elderly women took to the streets after their chief stole their rations. In response, the chief was held overnight in jail.

Local corruption is so serious that some groups are withdrawing their support. Last year, the World Bank pulled out of a 15-year government-run drought management project after an audit described irregularities as "systemic and serious." It was suspected that as much as 30 percent was being swindled. Money was spent on dispensaries that were not in use, butcheries that were not certified by the Health Ministry and schools that didn't exist.

Corruption has essentially cut of the Turkana region off from the long-term projects it needs most - boreholes, irrigation and education. 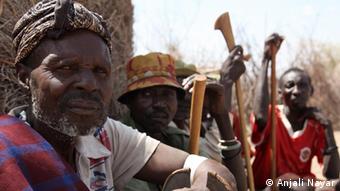 In the meantime, most of the work in the region has been short-term. Oxfam maintains its food programs in certain emergency situations but would like to phase most of its program into cash handouts. In Turkana they are distributing 3,000 Ksh per month to over 5,500 Ksh for drought-stricken families.

Still Sabine Asebetar, a local resident who lost most of her livestock in the drought, said neither cash aid nor food aid is enough to stop the problems from happening again.

"We are getting relief food, we are even now getting cash from Oxfam, but in the future we want to be taught how to overcome the drought, to learn how to get away from the problems of drought," she said. "Because if you give us maize, we'll go and cook it and the money we use to buy things, but what in the future?"

Africa faces tough times as it ushers in 2012

It wasn't an easy year for Africans; the worst famine in decades, deadly protests in the Arab north that uprooted dictatorial regimes, and unrest elsewhere. But there were also moments of pride and joy. (30.12.2011)

Andrew Mude, the man behind an innovative livestock insurance program, reflects upon the scheme's successes so far - and its future potential. (28.10.2011)

Aid groups demand action as famine in Somalia gets worse

The hunger crisis in Somalia deepens with limited access to food and a continuing drought. Thousands of refugees fleeing the afflicted areas are putting huge pressure on relief camps and aid agencies. (04.08.2011)

Listen to the report from World in Progress