Russia has announced that Ukraine must pre-pay for natural gas after it failed to pay previous debts. Meanwhile, the Russian foreign minister has criticized his Ukrainian counterpart over a name-calling incident. 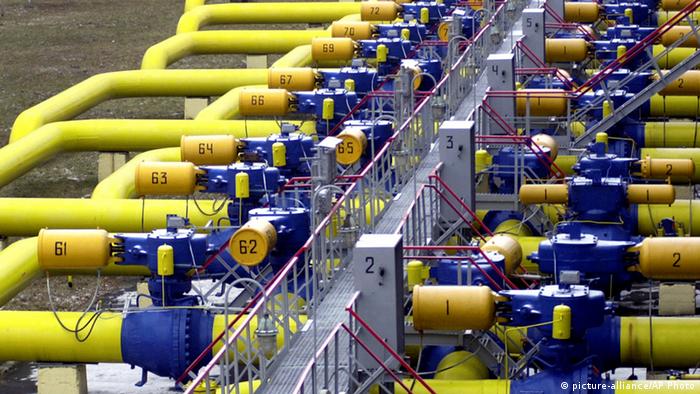 A deadline set by Russia for Ukraine to pay its gas bills expired on Monday morning. As a consequence, Russia said it planned to cut off natural gas supplies to the eastern European country.

Negotiators from both sides had met on Sunday night, but were unable to resolve a dispute over unpaid debts and the price Ukraine pays for Russian gas. The talks were reportedly attended by European Energy Commissioner Günther Oettinger, Ukrainian Prime Minister Arseniy Yatsenyuk and Alexei Miller, the head of Gazprom.

By late Monday morning, both Gazprom and Ukraine's state energy firm, Naftogaz, said they had filed lawsuits against each other at a Stockholm arbitration court. Russia is seeking $4.5 billion (3.3 billion euros) over Ukraine's unpaid bills. Ukraine, for its part, filed a $6-billion suit, claiming that it was forced to pay too much for natural gas.

Following the ouster in February of Ukraine's pro-Moscow leader, Viktor Yanukovych, Russia nearly doubled the price of natural gas for Kyiv. Ukraine's government is asking for Moscow to lower the price to what Russia had offered Yanukovych when he shelved an association agreement with the European Union late last year.

Problems down the line?

The implications of Russia's halt on natural gas deliveries to Ukraine were not immediately clear on Monday. While Gazprom reassured European customers that their supply, which flows through Ukraine, would not be disrupted, EU Energy Commissioner Günther Oettinger warned of future problems.

"If stocks are not replenished now, we might all face a problem in winter," Oettinger said in Vienna on Monday.

The EU Energy Commissioner, however, continued to express optimism that the two sides could still reach an agreement. He indicated on Monday that Russia, Ukraine and the EU would meet again for negotiations before the end of the month.

Ukrainian Foreign Minister Andriy Deshchytsia drew sharp criticism from Moscow on Sunday after he had used a disparaging word when referring to Russian President Vladimir Putin .

The Russian foreign minister responded by accusing Deschchytsia of being uncultured.

Ukrainian Foreign Minister Deschchytsia "allowed himself to make comments that cross all lines of decency," Sergei Lavrov said in a statement issued by the Russian foreign ministry. "I do not know how we are going to work with him from now on," he added.

The incident occurred on Sunday when the Ukrainian foreign minister was attending an anti-Russia rally in an attempt to stop protests from turning violent. While speaking to the crowd, he used the epithet to describe the Russian leader.

"I am for you protesting. I am ready to be here with you and say, ‘Russia, get out of Ukraine," he said, before uttering the epithet.

Violent demonstrations had broken out near the Russian embassy in Kyiv over the weekend, prompted by the shooting down of a Ukrainian military plane over the east of the country, killing 49 people on board. Reports indicated that protesters had ripped Russian flags and thrown objects at the embassy.

Both the US and Ukraine have accused the Kremlin of supplying pro-Russia separatists with weapons. EU leaders have called on President Putin to use his influence in eastern Ukraine to de-escalate tensions.

According to the a ministry statement, Lavrov "expressed outrage over the inaction by Kyiv authorities who allowed the rioting outside of the Russian embassy."