After Cyclone Kenneth, Mozambique hit by rain and winds

After hitting the northern coast of Mozambique, the second storm to strike the southern African state in five weeks is threatening days of rain. It is the first cyclone to hit Cabo Delgado province in 60 years. 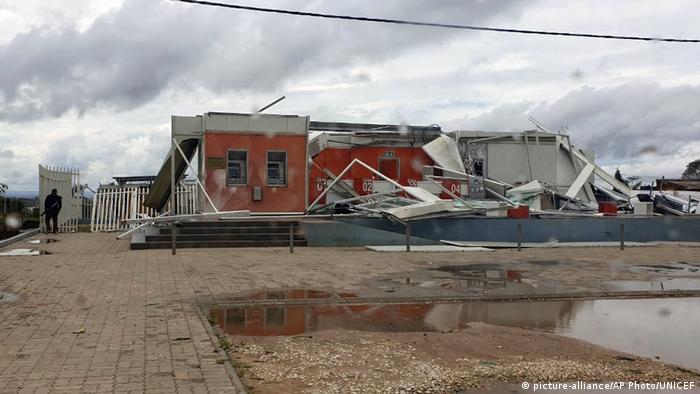 By the middle of the day, winds of 160 kilometers per hour (100 mph) had fallen back to about 70 kph, according to the national meteorological institute but heavy rains were expected to continue over the weekend.

The UN World Food Programme (WFP) said it was possible 600 millimeters (almost 24 inches) of rain could fall over the next few days in some areas. This would be double the amount of rain that fell on the central city of Beira during the cyclone which hit in March. 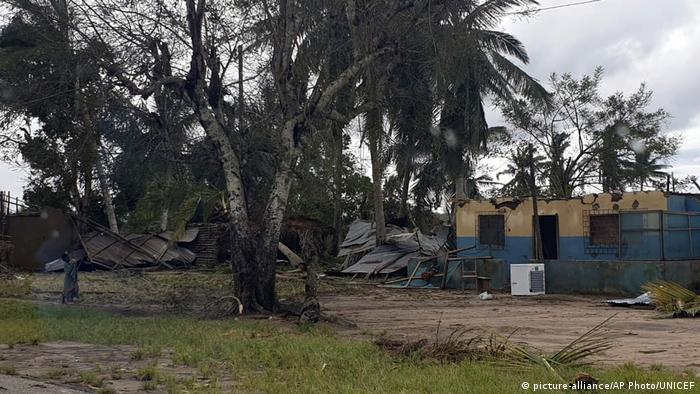 Death and damage to buildings

One person was reported dead in Cabo Delgado province after being hit by a tree. There were also reports of severe flooding, mudslides and power outages.

Damage to buildings was also widespread. On the tourist island of Ibo just off the coast, only 10% of homes were still standing, according to the INGC emergency agency. A hotel owner said: "It looks like the island has been bombed... It is biblical."

It is the second major cyclone to hit Mozambique in five weeks, and one of the strongest storms to ever hit mainland Africa. "There is no record of two storms of such intensity striking Mozambique in the same season," said Clare Nullis, a spokeswoman for the World Meteorological Organization (WMO).

The storm hit Mozambique just as crops including cotton, maize, soybeans and millet were about to be harvested. It was the first storm to make landfall over the northern coast's Cabo Delgado province in 60 years.

Cyclone Kenneth had passed over the Indian Ocean archipelago of Comoros before making landfall overnight in Mozambique. At least three people were reported dead as buildings were destroyed and power lines collapsed. 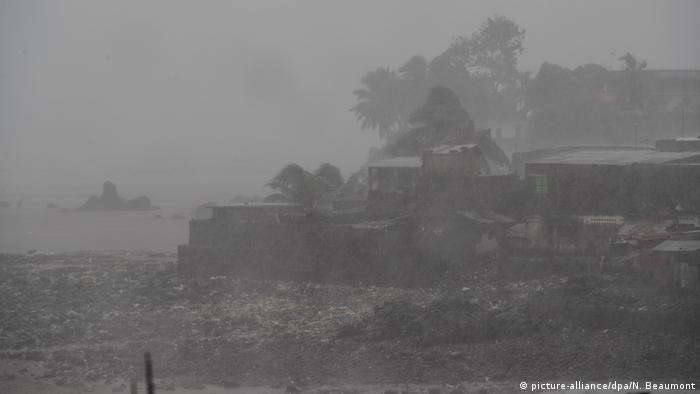 Thousands of people on the mainland in Mozambique had been evacuated to shelters on Thursday.

Scientists and meteorologists have pointed out some peculiarities of the latest storm:

The storm also hit the far north of Mozambique, near the equator where tropical cyclones do not usually form because the Coriolis force is too weak to create the spin they need to form. 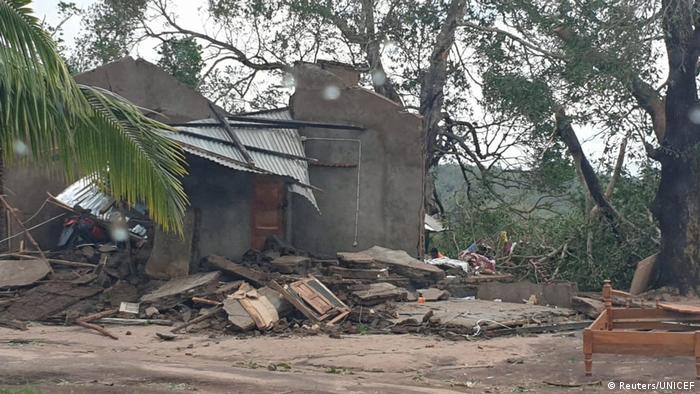 Buildings have been damaged throughout Cabo Delgado province

The WMO said the cyclone season in the southwest Indian Ocean has been exceptionally intense this year. There have been 15 storms including nine intense cyclones, making it the worst since the record season of 1993-1994.

Mozambique's 2,400-kilometer (1,500-mile) Indian Ocean coastline makes it one of the world's most vulnerable countries to global warming, according to the WMO.