After Brexit, SPD doubles down on support for the EU

The Brexit referendum result has shocked Germany's Social Democrats. At Saturday's conference in Berlin, the SPD debated the future of the European Union and called for a more socially oriented and fairer EU. 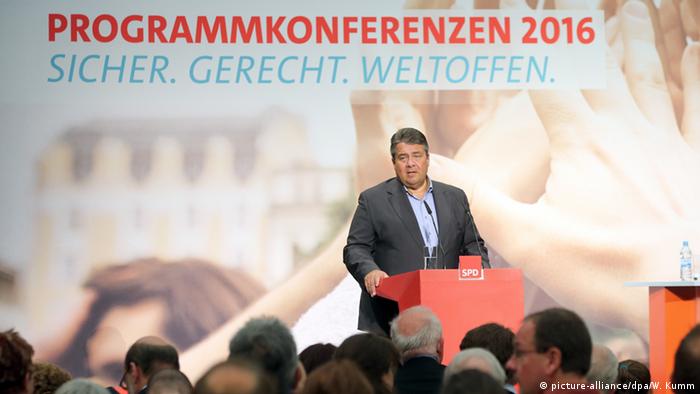 Whenever Germany's Social Democrats (SPD) find themselves in trouble, they break out the political wisdom of the revered Willy Brandt. "Nothing is forever," party Chairman Sigmar Gabriel (pictured) said on Saturday, quoting words uttered by the legendary chancellor when France withdrew from NATO in the 1960s. SPD leaders hope that those words will prove true again after a narrow majority in the United Kingdom voted last month to withdraw from the EU.

Chances are good that the British will be back, Gabriel told SPD members from around Germany on Saturday. A looming Brexit hadn't initially been on the agenda for the SPD's gathering in Berlin to discuss the party's agenda on the EU level, but it fit well with the theme of common European values, which Social Democrats see themselves as defenders of.

Gabriel, Germany's economy minister and vice chancellor, took particular aim at Britain's Conservatives. He blamed the result of the referendum on the "dual inferno" of Prime Minister David Cameron, who set the referendum in motion, and his Tory colleague Boris Johnson, who worked hard for the ultimately successful "Leave" campaign. The Conservatives should think again if they believe that they can quit the European Union but keep the benefits that bloc members enjoy, Gabriel said.

Though he was harsh on the Tories, Gabriel called it a "good sign that the younger Britons are smarter than their strange political elite." He called for offering citizenship to Britons who live in Germany and allowing them to retain the EU's benefits.

Gabriel said EU members must work to improve the bloc. "Europe is the best place in the world," he said, adding that nowhere else do people enjoy so much freedom and democracy. And he called for the European Union to strengthen protections and help its 25 million unemployed. "Competition in Europe should not lead to people losing their jobs," he said: It shouldn't mean lower wages and drive down tax rates.

Martin Schulz, the president of the European Parliament and a Social Democrat from Aachen, is in favor of a Europe-wide mandatory minimum tax rate. Business revenues must be taxed in the countries where they are earned, Schulz said. He added that it is only natural for people to be unsatisfied when EU tax revenues are going to bailout banks and leaving the people unemployed.

Gesine Schwan, of the SPD's values commission, said the European Union gave too much freedom to capital. 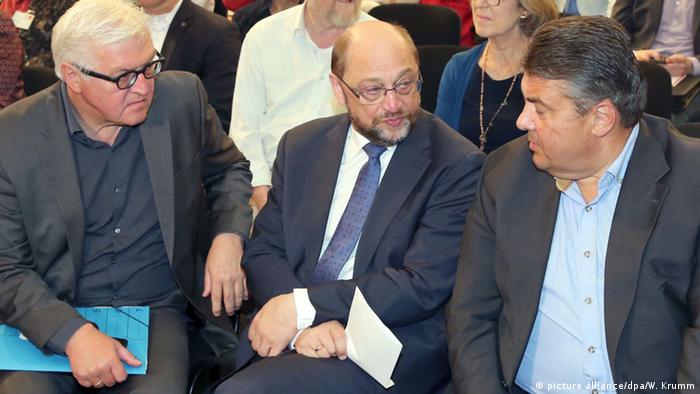 SPD members called for the European Union to be fairer and more socially minded. Chairman Gabriel cited the bloc's Comprehensive Economic and Trade Agreement with Canada, which was concluded without the participation of the parliaments of member states. "You can't be more foolish," he said. "This damages trust in European democracy."

Euroskepticism is growing throughout the bloc, and the Brexit's "Leave" campaign spread several untruths that found an audience beyond the borders of the United Kingdom. "We haven't done enough to decisively counter anti-EU tirades," SPD Bundestag Deputy Axel Schäfer said.

To the European Union's credit, Foreign Minister Frank-Walter Steinmeier said, it is seen as a model for peace around the world.

Schulz, the European Parliament president, recalled the EU's genesis as a bulwark against hate and war. Axing the European Union, he said, would mean letting loose the forces of violence and racism that have already destroyed the continent once.