Former EU Commissioner Verheugen: ″Brexit was a healthy shock″ | Europe | News and current affairs from around the continent | DW | 29.06.2016

"There is a clear danger the European Union will not survive," former EU Commissioner Günter Verheugen told Deutsche Welle on Tuesday.

"We cannot deny that there are clear tendencies of dissolution", Günter Verheugen said responding to Britain's referendum vote to leave the EU. He said there was already a clear trend for several years already.

People in the UK voted 52 to 48 percent on June 23 to quit the EU, exposing not just the divisions within the British population but also the uncertainty in Brussels and Downing Street, as to how to move forward. British Prime Minister David Cameron, a backer of the Remain campaign, announced his resignation straight after the outcome. But for now the United Kingdom remains a member of the European Union until the British government invokes Article 50 of the EU’s Lisbon Treaty which allows member states to leave after a two-negotiation process. That’s unlikely to begin before Cameron actually steps down in autumn.

The beginning of the end?

On Conflict Zone with Tim Sebastian, Günter Verheugen, former European Commissioner for Enterprise and Industry (2010-2014) and Enlargement (1999-2004), called Brexit "a healthy shock" though "we’ve been aware that we must make Europe more attractive". 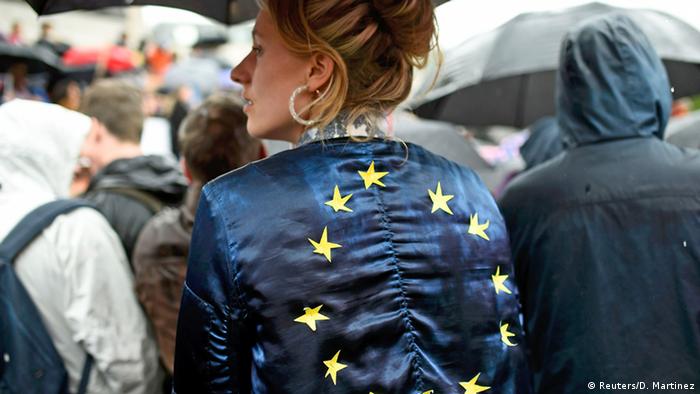 Verheugen being one of the architects of today’s EU, DW's Tim Sebastian confronted him with the dissatisfaction across the continent: According to Pew, 27% of Greeks, only 38 percent of The French and 47 percent of the Spanish have a favorable opinion of the union. Verheugen said sarcastically: "Shall we blow it in the air? Shall we give it up?" He then called the EU a family of nations that can only " survive in the world of tomorrow only if they stand together." He also said there was a need for "far reaching reforms."

Serious division and disunion across borders

One thing that drives a serious divide through the EU - and arguably through Britain - has been the uncoordinated and inefficient handling of Europe’s refugee crisis. The number of refugees arriving this year in Europe is lower as compared to 2015, however that is largely due to the closure of the Balkan route and the EU’s deal with Turkey, which effectively put Greece at the forefront of enforcement. The United Nations' refugee agency (UNHCR) has called conditions in Greek camps "inhumane". Some 3,000 refugees have drowned attempting to cross the Mediterranean this year, nearly 1,000 more than in 2015. 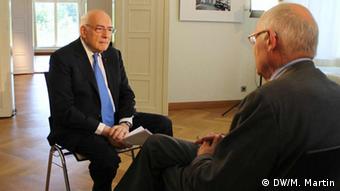 Dissatisfaction with the EU’s response is widespread: 94 percent of Greeks, 88 percent of Swedes and 77 percent of Italians disapprove of Brussels' efforts - or lack thereof. Verheugen assured us he belonged "to those who disapprove" saying maybe it needed something like the Brexit vote to make the EU aware of what needed to be done. Verheugen said the European Union might not survive under the present leadership.

Is the EU to blame for Turkey's human rights abuses?

During his time in Brussels, Verheugen was an avid supporter of Turkey joining the EU. Verheugen indicated that the EU bears responsibility for this as well what has happened in Turkey since.

Tim Sebastian: You are attributing responsibility to the EU for a man who jails journalists on false charges, closes newspapers, shoots Syrian refugees at the borders, beats up demonstrators and you say it's the European Union's fault that he behaves in this appalling way? Come off it!

Günter Verhagen: Exactly. The reason why that could happen is that the European Union, including the UK, lost leverage in Turkey [after 2005)]. When Turkey got the signal that whatever they do, at the end of the day they will not be accepted as members, there was no reason for Mr. Erdogan to follow the advice and wishes from Brussels.

Opinion: Out of sight, out of mind

The refugee crisis has finally made the subject of refugees' fates a topic of discussion around the world. But little has improved for most of them, says Oliver Sallet. (19.06.2016)

The UK opposition Labour party is likely to face an acrimonous leadership contest after leader Jeremy Corbyn was defeated in a confidence vote by fellow MPs. After PM Cameron's post-Brexit exit, Corbyn could be next. (28.06.2016)

In their talks without Britain's David Cameron, European leaders say there can be no free market access "a la carte." They also warned that "Brexit" talks could not begin before the UK formally applies to leave the bloc. (29.06.2016)