In Nigeria’s capital Abuja, the World Economic Forum on Africa was overshadowed by discussions about the region's security. The message that Africa holds great promise for the future took a back seat. 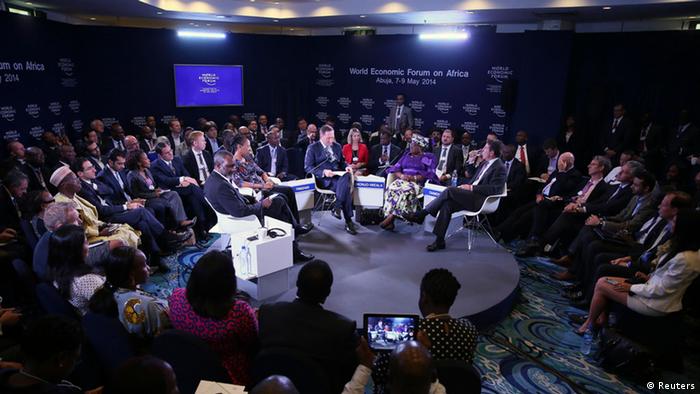 "Africa is not burning," Donald Kaberuka, president of the African Development Bank said, in an attempt to dispel the pessimism. The kidnapping of more than 200 girls in north-eastern Nigeria and the terror attacks by the Islamist group, Boko Haram, largely overshadowed discussions at the World Economic Forum in Abuja, with its regional focus on Africa. Back in the 1990s, Kaberuka recalled, many more people in Africa were plagued by war and terror. "Our presence in Nigeria is really a statement that terrorism cannot win."

Klaus Schwab, the founder of the World Economic Forum was similarly pleased, as around 1,000 participants from Africa and other parts of the world attended the forum in the Nigerian capital, despite the terror attacks. "There were only a few cancellations," he observed, before asking the audience to join him in a minute of silence for the victims of the violence. Nigeria's president, Goodluck Jonathan, thanked the participants and emphasized that he saw their presence as "moral support in the fight against terror". 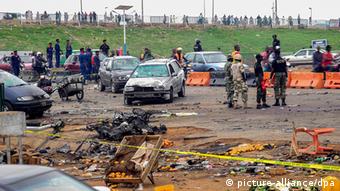 Bomb blasts in Abuja just days before the forum.

Talks on the economic boom

Yet the statements failed to disguise the fact that the conference organizers had originally hoped to set a different focus: Africa as a continent of the future. A continent that is prepared and able to address the challenges it faces. Ngozi Okonjo-Iweala, Nigeria's internationally respected finance minister, spoke almost beseechingly when she first had to answer questions about her country's security situation: "It appears that people are looking at the continent for the long-term. They are seeing the potential. They are not looking at the short-term risks."

Nigerian media advisor, Biola Alabi, also seemed concerned that Africa's image in the international media is still dominated by negative headlines: "We should not only talk about the kidnapped girls. We should also talk about Africa's rise." These positive developments, she said, have been reported by African media which have made sure that "we cannot hide the truth." This, she said, did not only apply to the dimension of the terror attacks, but also to the fight against corruption. In addition to mainstream media, Africans who are active on the Internet have also spread the message, Alabi said.

Alongside Africa's security concerns, the continent's relationship to China also played a prominent role at the forum. China's premier Li Keqiang was the only non-African head of state present. He used the opportunity to praise the continent for its positive economic figures and promised support for Africa's ambitious plans to develop its infrastructure. This, said Li, is what Africa needs for a sustainable economic development. According to Li, a continent-wide railway and road network, as well as functioning regional airports, are all needed for further growth. On a more concrete level, China's premier announced that he will raise the upper limit for credits to African countries from 20 to 30 billion US dollars (14.5 to 22 billion euros). He also promised to raise China's development budget for Africa from three to five billion dollars. And he gave an assurance that "China will never tie its support for Africa to political conditions." 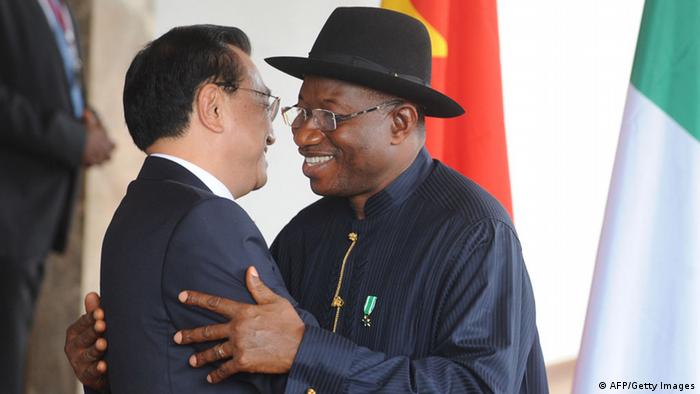 Questions as to whether Africa is making itself more dependent on China did not go down well with many Africans attending the conference. As Nigeria's finance minister, Okonjo-Iweala, defiantly put it: "Of course the Chinese have their own interests at heart, but I think that Africa is mature now." She pointed out that the laws in countries like Nigeria, for instance, require foreign companies to employ a minimum number of local personnel. Not even China could work its way around that. "The Chinese definitely want a long-term relationship with us. They don't only want to exploit our natural resources," she said.

One major concern of the forum's participants is the fact that little has changed on the African job market despite the high growth rates. One person who wants to change this is Nigerian businessman Aliko Dangote, who is arguably Africa's richest man. "The African environment is fine, we only have to become active", he said, as he brushed aside the critics who still regard many African countries as a risky investment. In addition to his focus on cement production, Dangote now has his eye on the food industry: "We want to create 180,000 new jobs in Nigeria." This, he said, is the best recipe against terror. He also criticized the massive flow of capital leaving Africa: "You have to invest your own money as an African, to create confidence for the foreigners to bring in their money."

US investment guru Bob Diamond supported this view. It is no longer about simply making Africa attractive for investors, he said. The time has now come for the African banking sector to open up to small and medium sized businesses in order to bring the money closer to the markets.

African states dream of emulating the Asian tigers and become industrialized nations as soon as possible. But experts say that the so-called "African lions" need more than high growth rates to achieve their goal. (07.05.2014)