It took African countries four years to agree to a free-trade deal in March. The trade zone will unite 1.3 billion people, create a $3.4 trillion economic bloc and usher in a new era of development across the continent. 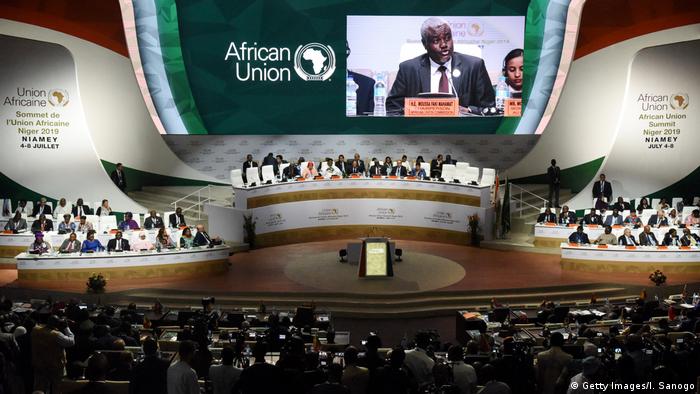 Nigerian President Muhammadu Buhari and Benin's President Patrice Talon on Sunday signed a landmark trade agreement ahead of the accord's official launch at the African Union (AU) summit in Niger.

Read more: Africa's vision for the future – much more than a free trade deal

Fifty-four out of 55 AU member states agreed to the deal in March, with only Eritrea holding out. It took African leaders four years to reach an agreement on the continental free-trade zone, which is expected to usher in a new era of development in Africa.

The AfCFTA is the largest trade bloc since the creation of the World Trade Organization in 1994.

"The eyes of the world are turned to Africa," Egyptian President and AU chairman Abdel-Fattah el-Sissi said at the summit's opening ceremony on Sunday.

"AfCFTA will reinforce our negotiating position on the international stage. It will represent an important step," he added. 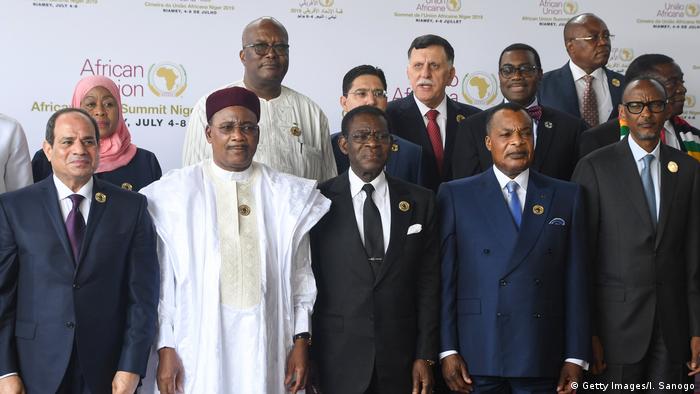 The free-trade zone should be operational from July 2020, AU trade and industry commissioner Albert Muchanga told the AFP news agency.

AU member countries agreed to eliminate tariffs on most goods, which would boost regional trade by 15-25% in the medium term. It could be doubled in the long term if other issues were dealt with, according to the International Monetary Fund (IMF).

"Reducing tariffs alone is not sufficient," it said.

"It will be important to address those disparities to ensure that special and differential treatments for the least developed countries are adopted and successfully implemented," said Landry Signe, a fellow at the Brookings Institution's Africa Growth Initiative.

The IMF said in a May report that the AfCFTA could be an "economic game changer" for Africa – of a similar kind to the one that boosted growth in Europe and North America.

Amaka Anku, Africa analyst at Eurasia group, said the deal was a positive step but AfCFTA was still "a long way from taking off."

African nations currently trade only about 16% of their goods and services among one another, compared with 65% for the European Union member states.