Afghans use social migration as a survival strategy | Asia| An in-depth look at news from across the continent | DW | 19.06.2012

Afghans use social migration as a survival strategy

Millions of Afghan refugees end up in asylum centers or refugee camps. However, mobility and migration within Afghanistan are also seen as key to defying decades of conflict. 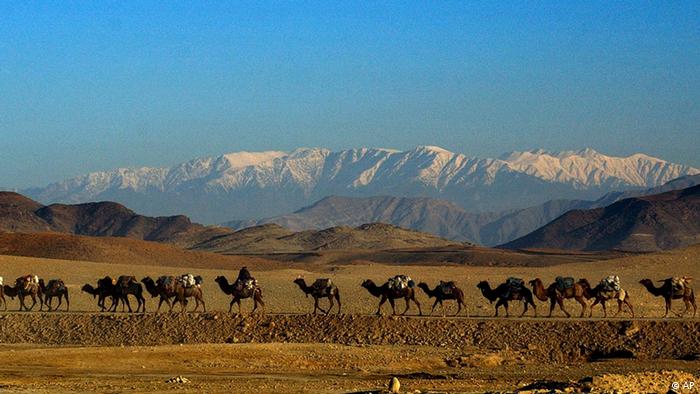 Conflict and migration have shaped daily reality in Afghanistan for the past 30 years. However, migration does not always mean refugee camps and illegal emigration to neighboring states.

At a recent workshop organized by the Center for Development Research at the University of Bonn entitled "Crossroads Asia: The Nexus of Conflict and Migration in Afghanistan," academics from all over the world discussed the implications for the future.

Conrad Schetter from the center characterized Afghan society as "trans-local," and explained that the European notion of nation-related fixed abodes was not appropriate in this context. "Afghans do not think about settling in one place but more about profiting from migration. It's a survival strategy that contradicts the original sense of migration."

Social migration is less about territory than about mobile networks, Schetter explained. It allows them to live and work in different places; and whether they are located in Kunduz, Islamabad or Amsterdam, they move within family networks that go beyond regional and national borders. 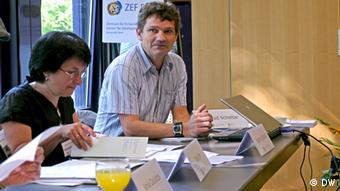 The German academic added that this was a phenomenon he had observed in the fluid border region between Afghanistan and Pakistan for many years.

Home is defined by bloodline

Only a few Afghans say they live in their home village. Ingeborg Baldauf from Berlin's Humboldt University, has conducted research into the war experiences of Afghans from the north of the country. She explained that for most, the notion of "home" was where their grandfathers lived.

"One of the saddest things the migrants say is that they have lost contact with their forefathers and to their distant past. Mainly because of migration," she said.

Most people define themselves through their forefathers, Baldauf continued. She explained that a vital reason why Afghans tended to marry within their tribes was that they wished to continue the bloodline connecting them with important forefathers.

Ayfer Durdu and Francois Ümer Akakca from Humboldt University lived with a family in Afghanistan that descended from the cleric Khoja Hayran.

"Two brothers had married off their children together to continue the blood relationship," they explained. "One father gave his oldest daughter to the son of his eldest brother. Traditionally, the woman then leaves her home to go to where her new husband lives." 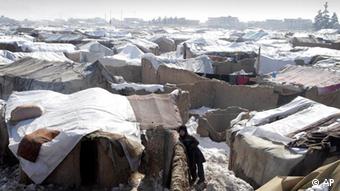 There are millions of Afghan refugees

This is also understood as social mobility: Women leave their family of origin and marry into a distantly related family, thus perpetuating the genealogical line. New networks emerge that go beyond borders and those that already exist are consolidated.

Social mobility allows Afghans to change their whereabouts depending on the advantage this might bring to the family or network. This thus represents a little more freedom and autonomy in conflict-ridden Afghanistan. Schetter said migration within already existing social networks was one strategy for defying the war. It is seen by many Afghans as a better alternative than trying to get by in a foreign country without social contacts.

Looking for a plan to aid Afghan refugees

Afghan and Pakistani officials say that voluntary repatriations of Afghan refugees are to be facilitated by both sides. (31.05.2012)

Although aid is slowly reaching the worst affected areas in flood-stricken Pakistan, tens of thousands of people have still not received much help. Thousands of Afghan refugees who have been living in Pakistan for decades have also been hard hit. (31.08.2010)