Afghan President Ashraf Ghani won a majority in September elections, according to preliminary results. The delayed outcome of the vote has cast a shadow over US-Taliban peace talks. 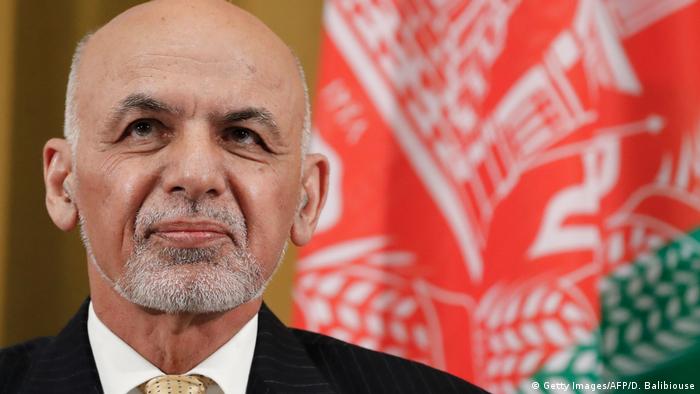 Afghan President Ashraf Ghani appears to have won a second term, according to preliminary results announced by the country's election commission on Sunday, three months after a contested election tainted by a low turnout and allegations of fraud.

Results for the September 28 presidential poll have been repeatedly delayed, and the saga was set to continue with Ghani's main challenger announcing he would challenge the outcome.

Hawa Alam Nuristani, head of the Independent Election Commission, said at a press conference that Ghani secured 50.6% of the vote compared with 39.52% for Abdullah Abdullah.

Abdullah, who serves as the country's chief executive in a fragile national unity government, has repeatedly alleged that the vote was marred by fraud and technical difficulties.

"We would like to make it clear once again to our people, supporters, the election commission and our international allies that our team will not accept the result of this fraudulent vote unless our legitimate demands are addressed," his office said in a statement.

The challenge could delay final results by several weeks.

If the results hold, Ghani would win a second term without a runoff.

The current unity government between Ghani and Abdullah was put in place with the mediation of the United States after Afghanistan's controversial 2014 presidential election. No results were announced from that election and the two leading contenders, Ghani and Abdullah, agreed to share power.

The election commission's announcement on Sunday comes as the government in Kabul has been sidelined in direct talks between the United States and Taliban.

Washington seeks to withdraw its troops and end a costly 18-year war that has yielded few results.

The Taliban, who control around half the country, have refused to negotiate with Kabul and implement a ceasefire as demanded by the government.