The girls, including those from the under-14 team, had tried to leave last month but were thwarted. Reports say they crossed the border wearing burqas. 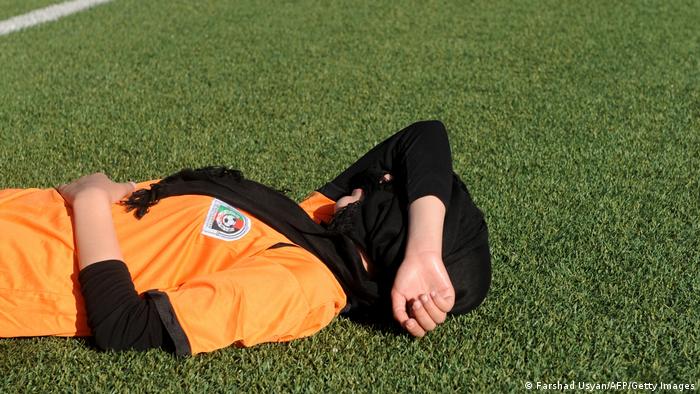 A file photograph of an Afghan female footballer from 2013

Members of Afghanistan's national girls' football team have fled over the border to Pakistan.

The junior players, as well as coaches and family members, had tried to escape last month after the Taliban takeover but a bomb attack at Kabul airport disrupted their plans.

Media reports said they crossed the land border to Pakistan dressed in burqas and would stay there for around a month before heading to other countries.

Pakistan's federal Minister for Information Fawad Chaudhry welcomed them in a tweet.

The Taliban banned women from playing sport during their previous reign in the 1990s. They could implement the same policy but experts say they may be more nuanced in their decision-making this time under international pressure.

Nevertheless, many of the senior women's football team have already fled Afghanistan along with thousands of others, including a male youth footballer who died trying to escape.