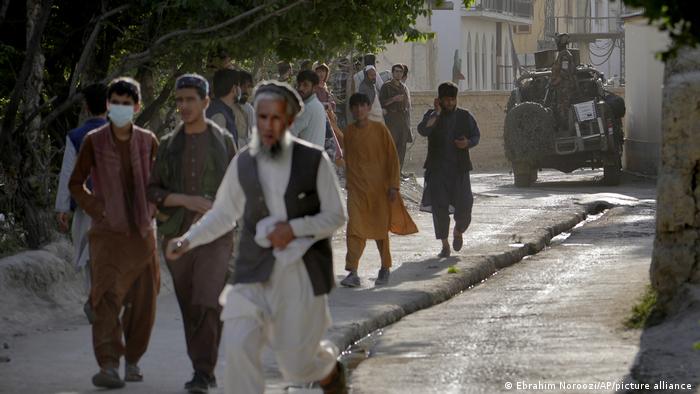 File photo: Afghanistan has been hit by regular attacks since the Taliban seized power last year

At least 21 people were killed and 33 more injured when a Kabul mosque was hit by a huge explosion on Wednesday evening.

Taliban spokesman Zabihullah Mujahid condemned the explosion and said that "perpetrators of such crimes will soon be brought to justice and will be punished."

A Taliban intelligence official told Reuters news agency that as many as 35 people were wounded or killed, with the toll expected to rise.

The imam of the mosque was killed in the blast, which happened during evening prayers in the Khair Khana area of Kabul.

Kabul's Emergency Hospital received 27 patients from the blast, including a seven-year-old child, it said in a statement.

No one has claimed responsibility for the incident.

The country has been hit by regular attacks since the Taliban seized power in August 2021, many claimed by the "Islamic State" group. This is despite the Taliban's promise to restore security.

Hamid Karzai: Taliban must allow girls to go to school