Afghanistan: How a remote border crossing provides a lifeline for traders and nomads | Asia | An in-depth look at news from across the continent | DW | 25.11.2021

Afghanistan: How a remote border crossing provides a lifeline for traders and nomads

Since the Taliban took over Afghanistan in August, Pakistani authorities have closed many border crossings, restricting the movement of people and goods. A remote crossing allows tribespeople continued access. 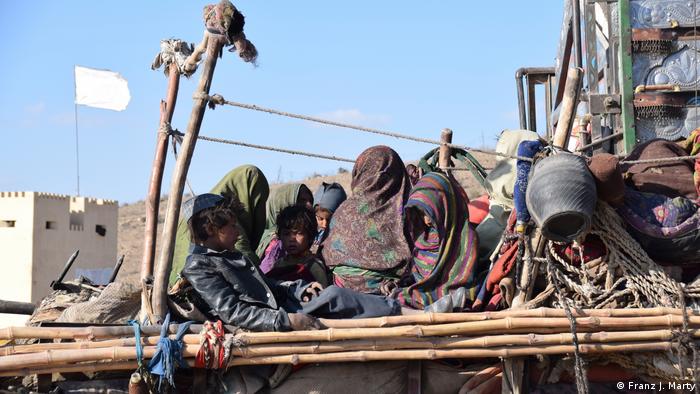 Kuchi nomads have moved around in the region for centuries

Angoor Ada lies on an arid high plateau in the southeastern Afghan province of Paktika, one of the many hinterlands of Afghanistan. The area would not be of much importance — were it not connected to the border with Pakistan.

The border crosses near the edge of the long-stretched plateau, where the Pakistani tribal area of Waziristan begins.

After arriving in Angoor Ada, one encounters two long lines – one with lorries and the other with tractors, waiting to cross the border gate. On both sides are parking lots, with even more trucks and tractors. 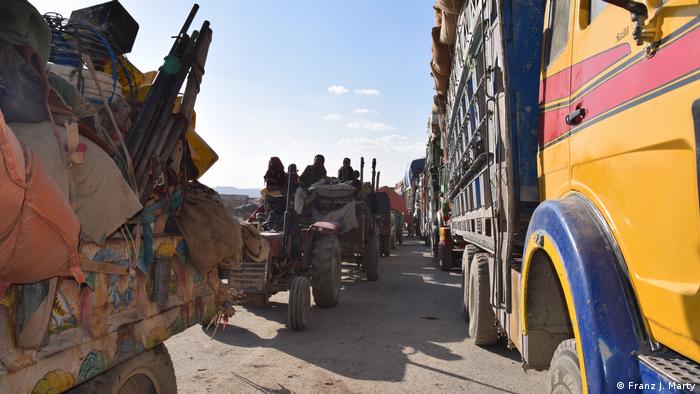 The relative order makes it easier for the Taliban to manage the border area. This is in contrast to the Taliban's occasional use of force in Torkham.

Muhammad Said Mir, known as Haji Mullah, is in charge of the border crossing in Angoor Ada. He told DW that the crossing was closed when the Taliban captured it in mid-August. "But we swiftly reopened it for traffic from both sides," he said.

"We have even increased traffic from about 40 trucks going into Pakistan each day to now up to 220," he added.

Data shared by a Pakistani official on Twitter, however, indicated that between November 11 and 20, the number of vehicles having entered Pakistan via Afghanistan was around 80 per day.

The number of vehicles coming from the Pakistani side to Afghanistan is much lower, according to the Pakistani data, but Mullah insists that 100 to 150 trucks enter Angoor Ada every day.

While Kandahar's famous pomegranates rotted at the Spin Boldak crossing, some merchants manage to export fresh fruit through Angoor Ada.

Some border crossings between Afghanistan and Pakistan remain closed while others are open; the situation changes often.

For most Afghans who want to leave for Pakistan via Spin Boldak or Torkham, Angoor Ada is not the location.

"Only people with an ID card from Waziristan [in Pakistan] are allowed to cross the Angoor Ada border into Pakistan," Mullah said.

Despite limitations, the border crossing is crucial for the Kuchis, nomads who have roamed the region for centuries.

They spend summers in Afghanistan and winters in Pakistan's relatively warmer areas. These Kuchis, like members of Pashtun tribes inhabiting areas on both sides of the border, often possess official documents from both Afghanistan and Pakistan. This allows them to continue their regular migration through Angoor Ada.

Like other Afghans, Kuchis wait in line with their tractors, carrying their belongings.

Some of them told DW that crossing the border under the Taliban is easier than under the former Afghan government. But other Kuchis disagree.

Kuchis say that the border crossing can take from a few days to a couple of months. One of them complained that some people get preferential treatment due to their personal connections with officials, or because they pay bribes. 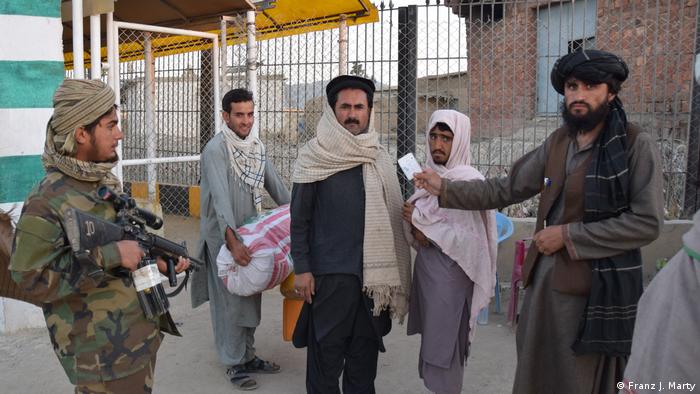 The Taliban lack the means to properly control the border

There are no systematic controls in place at Afghanistan's border crossings. At the Angoor Ada crossing, several vehicles and people enter Afghanistan without any check.

The Taliban lack the means to check all vehicles and persons thoroughly. Out of the handful of pedestrians who cross the border, several have no ID cards with them, but still manage to enter the country.

Tribespeople whose homeland straddles both countries don't recognize the Afghanistan-Pakistan border; they have crisscrossed it without papers for centuries. This has also been a major problem for the United States in tracking the movement of militants between Afghanistan and Pakistan.

Regardless of who is in power in Afghanistan, borders with Pakistan remain difficult to manage.