Afghan influencers living in fear — even in exile

A generation of young Afghans has conquered social media and the internet over the last decade. Now they, too, are fleeing the "digitally armed" Taliban. 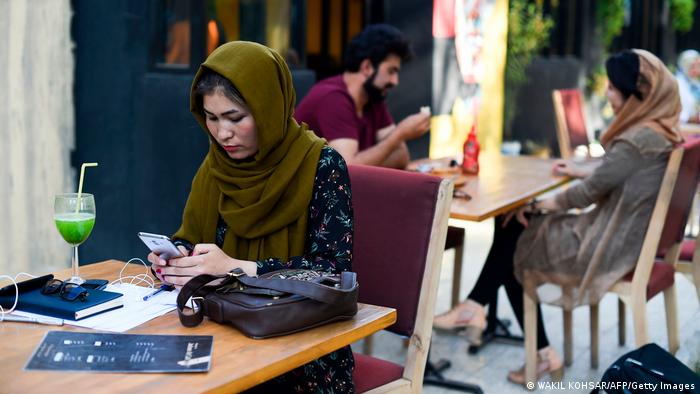 They pose in ball gowns in front of ancient columns, publish photos with pop stars and advertise their products in English on social media: Afghanistan too has a lively scene of influencers who drive fads and fashions online.

Young women are especially active. But they have only been able to participate in public life — and get an education — since Taliban militants were ejected from power following the NATO military intervention of 2001.

One is a fashion designer with around 750,000 dedicated followers on her social media channels. Since she couldn't find the fashion she liked to wear herself in Afghanistan, she started designing and selling her own clothes and accessories. Now a fashion icon on Instagram, she poses in silk dresses or knitted sweaters and jeans — sometimes with and sometimes without a headscarf.

She shoots her photos in a restaurant in Kabul, on the riverbank in Dubai or in Herat, Afghanistan's third-largest city and home to the reconstructed ancient Citadel that once housed Alexander the Great — a perfect Instagram backdrop.

The images could just as easily be from a restaurant in Berlin, the banks of the Thames in London, or an ancient site in Athens. They also employ uplifting slogans like "you can all do it!" that are synonymous with social media influencers globally.

The Taliban are also 'digitally armed'

But since the Taliban seized power again across Afghanistan in early August, these influencers face a grave threat.

That's because the militant Islamist group has also long been "digitally armed," Caja Thimm, professor of media studies at the University of Bonn, told DW.

"We all knew how well the Taliban were doing digitally. There, too, you find a young, tech-savvy generation that is shaped by people who have studied abroad or are not necessarily Afghans at all. They use translation software, speak European languages."

"No one should be surprised if the Taliban had a 5G mast in the middle of the desert," added Thimm about the integral role of mobile internet for the militant group who might soon engage in a form of digital persecution known as "transnational repression."

"Social and digital media allow regimes to monitor exiled activists much more effectively, as well as to probe their networks," political scientist Marcus Michaelsen of the Free University of Brussels told DW.

He explains how activists can be paralyzed by internet trolls, or have targeted spyware installed on their devices unbeknownst to them. Iran, Saudi Arabia, Rwanda — the list of regimes that engage in cross-border persecution is long.

But transnational repression often affects women, with female journalists who have worked in Syria a prime target, said Michaelsen.

"In the case of exiled activists, repression often takes place against the family, which is often still in the country. This is to be expected in Afghanistan as well," he added.

However, the activists themselves can also be affected, as in the case of the Saudi Arabian journalist and blogger Jamal Khashoggi, who was murdered in the Saudi embassy in Turkey.

According to Michaelsen, one problem is that this cross-border oppression has not yet been clearly named and condemned by liberal democracies, including Germany.

He says it will be important to give activists who have managed to escape the necessary security, including ensuring that they do not have to fear their right to asylum. "The receiving society must provide support for the exiled activists." 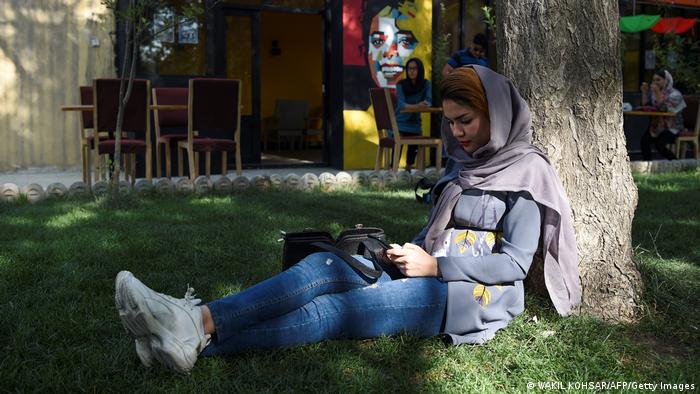 Afghan online influencers could soon face repression, even in exile

Despite the danger, Afghan influencers are currently also getting involved from exile. For the national holiday on August 19, for example, videos were posted of people raising the national flag in Afghanistan, which is read as a protest against the Taliban — not least by the Taliban themselves.

According to Caja Thimm, Instagram has become increasingly political; the hashtag #SaveAfghanistan is being employed by female influencers in particular when drawing attention to the role of women in the protests.

But the danger for anyone opposing the Taliban remains great — whether in Afghanistan or in exile.

Female influencers are deciding to flee

While Afghan female influencers continue to show a lot of courage, Thimm would like to see more restraint and sensitivity among their colleagues in Europe and the United States.

She cites a British female influencer who recently posted a photo in a burqa with green fingernails as a sign of diversity. "Absolutely unbelievable," said Thimm of what she labels "naivety" and "ignorance," something she says that female influencers from Afghanistan could not afford.

That is why the latter are attempting to flee the country in the wake of the Taliban takeover. The fashion designer has already left the country. But even there, she could still be persecuted by the Taliban.

This article was translated from the German.

Egypt's cybercrime law was written to fight extremists and terror organizations that use the internet to promote their ideas among youth. So why is the government going after influencers?

'The Taliban will ban all art': An Afghan female filmmaker's plea

In an open letter, acclaimed director Sahraa Karimi has written of the brutal impact of the Taliban's takeover of Afghanistan on women, girls and artists.

Dance routines and cat memes are usually what goes viral on TikTok. But now young eco-influencers are racking up millions of views with videos on everything from trash to the rights of nature.