The far-right AfD lawmaker Mariana Harder-Kühnel has tried three times to become a parliamentary vice president. The latest attempt was her worst showing so far. 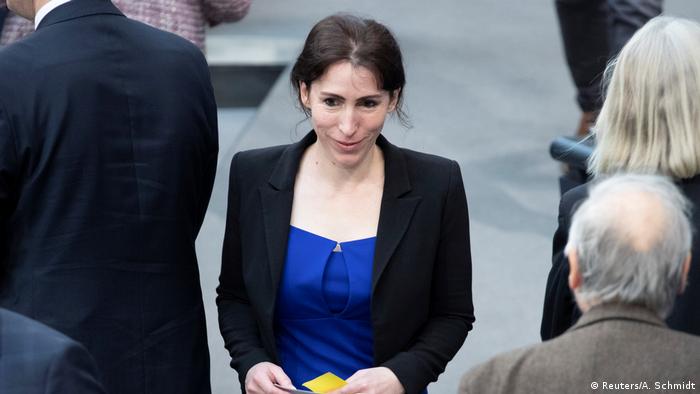 In a secret ballot, only 199 members of the lower house Bundestag parliament voted for Mariana Harder-Kühnel to become one of parliamentary speaker Wolfgang Schäuble's deputies. There were 423 deputies who voted against her and 43 who abstained.

By tradition, the speaker has a deputy from each party, but to date the Bundestag has refused to support any AfD candidate for the post. It was Harder-Kühnel's third attempt, and the sixth by a candidate put forward by the party.

Support actually dipped at the third attempt. Standing for the post in December, Harder-Kühnel had the support of 241 deputies. In the previous vote in November, she gathered 223 ballots from the 654 who voted.

Various politicians took to social media to express their views as to why the votes were lacking for the 44-year-old lawyer and Catholic mother of three — an AfD member since 2013 — with strong opinions on gay rights, abortion and foreigners. 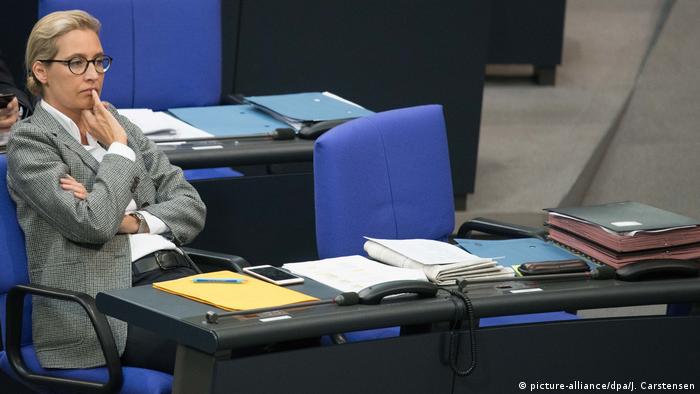 For the AfD's Beatrix von Storch, democracy was the loser in the vote: "With the non-election of Harder-Kühnel, the name of the biggest loser is: Democracy," she wrote on Twitter. "Yes, there is no right to be voted in. But there is a duty to provide reasons for voting against. And there are no reasons."

Lawyer and leading CDU parliamentarian Michael Grosse-Brömer said it was important to avoid the AfD presenting itself as a victim of bullying by the mainstream parties: "We should not allow the AfD a martyr status and we should make them carry out their responsibilities — rather than giving them the opportunity to moan about not being given a majority."

However, Greens spokesman Sven Kindler said Harder-Kühnel's failure was a "good day for democracy and a clear signal against the normalization of right-wing extremism."

Kindler's words were mirrored by the SPD's Marja-Liisa Völlers, who wrote: "If a group systematically disregards the decency of our democratic culture, then it also has no entitlement to a Bundestag vice-presidency."

Who votes for Germany's far-right party AfD? Not who you'd think

A study has flipped the script on the well-worn story that mostly the poor, the uneducated, and the elderly vote for populists. Only one indicator matters: whether someone thinks immigration is bad for Germany. (06.03.2019)