The far-right AfD reportedly knew about donations from a Dutch foundation earlier than previously thought. Leading party member Alice Weidel is already facing an investigation over another questionable donation. 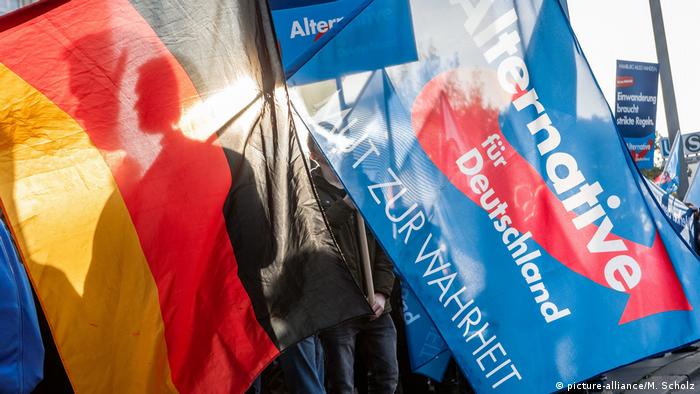 The far-right Alternative for Germany (AfD) party became aware of a mysterious Dutch donor two years before the party's current parliamentary leader, Alice Weidel, received a controversial €150,000 ($170,000) donation from it.

The "Identiteit Europa" (European Identity) foundation donated €49,000 to the AfD's regional chapter in North Rhine-Westphalia in January 2016, according to German magazine Der Spiegel and the ARD public broadcaster.

Party officials returned the sum a week later, telling Identiteit Europa that accepting the donation would be illegal. The AfD's regional treasurer in North Rhine-Westphalia told the daily German newspaper Süddeutsche Zeitung that he and the party's national treasurer jointly decided to return the money.

But the revelation raises questions about why Weidel, who received €150,000 from Identiteit Europa in February 2018, took three months to return that money despite her party's prior doubts about Identiteit Europa.

Read more: What you need to know about Germany's far-right party

Weidel is already under suspicion of breaching German political spending laws because of a third donation, which emerged last week.

The AfD office in her constituency received around €130,000 in 18 tranches from a pharmaceutical company in Switzerland shortly before the 2017 general election. It kept €8,000 and returned the rest six months later.

Weidel has dismissed the allegations as an attempt to discredit her. The AfD's executive committee has also backed her, saying she had not committed any wrongdoing.

Looking to the next election

The donor scandal has overshadowed the AfD's party conference in Magdeburg, which began on Friday. Delegates elected the party's only lawmaker in the European Parliament, Jörg Meuthen, to lead the AfD's field of candidates for next year's European elections.

The internal security agency office in the southern state said statements made by JA BW members were inconsistent with the country's constitution.

"The JA BW has links to right-wing extremists who appear to have anticonstitutional political aims," it said.