ADB: Haiyan-affected areas prepare for massive reconstruction phase | Asia | An in-depth look at news from across the continent | DW | 06.11.2014

Super Typhoon Haiyan left a path of destruction in the Philippines. Manila reacted by devising a massive reconstruction plan. But while a lot has been achieved, more needs to be done, says the ADB's Richard Bolt. 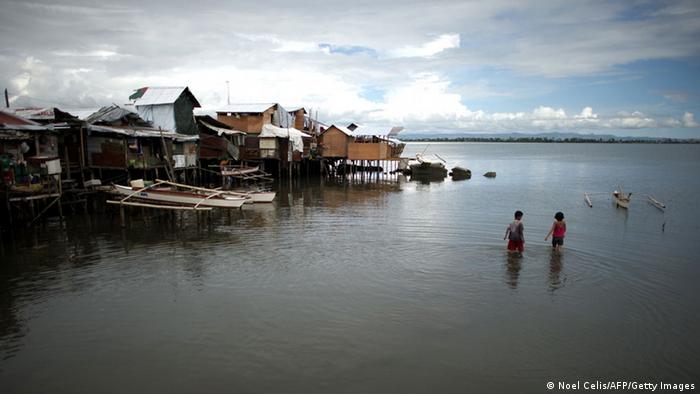 On November 8 of last year, Super Typhoon Haiyan, one of the strongest storms ever recorded, hit the Philippine archipelago, leaving more than 6,000 people dead and forcing some 4.1 million people to flee their homes. The cyclone's impact on housing and livelihoods was huge: about a million homes and around 600,000 hectares of land were damaged or destroyed. Farmers were also hit hard. For instance, coconut production, one of the main local industries, was severely affected, with an estimated 33 million coconut trees destroyed in the storm.

In a DW interview, Richard Bolt, the Asian Development Bank's (ADB) Country Director in the Philippines, says the Southeast Asian nation is preparing for a massive reconstruction phase, with an emphasis set on building new structures that are better equipped to deal with future disasters.

DW: How would you describe efforts by the Philippine government to rehabilitate areas hit by Typhoon Haiyan?

Richard Bolt: Haiyan was an overwhelming disaster and would have been overwhelming in any country. Considering its scale, we've been very impressed with the dedication and professionalism of the government. 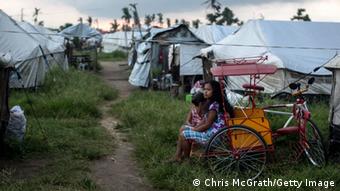 Bolt: 'Many affected towns still need short-term transitional assistance. People are waiting for basic needs to be met and critical infrastructure to be restored'

There's no doubt that the international response was very important. Agencies such as the Department of Social Welfare and Development and the Department of Interior and Local Government were assisted by outside agencies. But government distribution systems also proved crucial to external agencies and assistance in the humanitarian phase.

Yolanda elicited an urgent response from the government. In a matter of weeks, the government prepared the reconstruction blueprint - Reconstruction Assistance on Yolanda (RAY), also known as Build Back Better - with technical support from the Asian Development Bank (ADB) and other partners.

This assessment identified the initial estimates of damage, loss and needs as well as the phasing - relief, recovery and reconstruction - and four years as the likely period of time needed to address them. The Office of the Presidential Assistant for Rehabilitation and Recovery (OPARR) was tasked to coordinate post-Yolanda recovery and reconstruction. It prepared the Comprehensive Rehabilitation and Recovery Plan (CRRP) based on RAY and the post-disaster needs assessment coordinated by the Office of Civil Defense.

The CRRP includes sector- and area-based plans prepared by national government agencies and local government units. It is a detailed master plan that contains over 18,000 projects and programs in 171 municipalities and cities across the Yolanda-affected areas with a total cost of 170.92 billion Philippine pesos (roughly 3.8 billion USD). This plan will help ensure sustainable, long-term recovery and rehabilitation for these areas.

Last year, Typhoon Haiyan wreaked havoc in the Philippines, claiming the lives of thousands. Steven Rood tells DW the affected areas have recovered much from the country's worst natural disaster, but challenges remain. (29.10.2014)

The Philippines has signed a peace accord with the nation's largest separatist group, ending decades of conflict. Under the deal, the country's Muslim population is to receive a semi-autonomous region. (27.03.2014)

So clearly there has been a lot of up-front activity, preparing for the massive reconstruction phase of the disaster. It would have been easier for the government to build back in a way that did not secure the future safety and prosperity of the region. The focus on careful planning for sustainable recovery will be worth it in the long run.

How fast is progress being made and how long to you expect reconstruction efforts will take?

Some perspective is required here. The extent of the damage to livelihoods was massive, especially coconuts and housing. Around 33 million coconut trees and a million homes were damaged or destroyed. Replanting coconuts takes time, while arranging business and housing finance also means establishing complex financing mechanisms.

A second factor is the phases of action needed after a disaster and the time needed for each. The first is Emergency Relief. The second is Recovery, usually temporary repairs, and the third is Reconstruction.

We are in the second phase now - recovery - moving into the third phase - reconstruction. If you examine any recent large scale disaster in the region or elsewhere you will see that reconstruction requires a lot of planning and mobilization of resources. The reconstruction phase will begin in earnest next year, and that's when you'll start to see more visible improvements in people's living conditions.

Still, every week we see improvements on the ground. This is despite the fact that local government agencies themselves have suffered heavy losses, both in terms of personnel and damaged buildings and equipment. The ADB is helping restore the capacity of the agencies we are directly supporting.

While speed is essential and efficiency is critical, just as important is the notion of building back better - not just building new infrastructure that's just as vulnerable to natural hazards as the infrastructure it replaces. This requires careful planning and better construction standards, which imply important policy decisions and good coordination among government agencies.

What's the situation like for people living in the affected areas?

A lot has been accomplished, but much more needs to be done. Many affected towns and municipalities still need short-term transitional assistance. People are waiting for basic needs to be met and critical infrastructure to be restored. 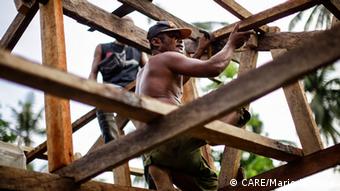 In the coming months the main needs are the repair and rebuilding of around one million homes to improved construction standards and the restoration of sustainable livelihoods for around three million families. There is also the need to re-establish health and education services by re-constructing and re-equipping more than 400 health facilities and 19,600 classrooms and schools in line with the improved standards. Finally, more than 1,280 local government buildings need to be rebuilt.

How much is the rehabilitation of the areas stuck by Haiyan expected to cost?

The agriculture sector was severely damaged by Yolanda, as was the local fishing industry. Both are large employers, so many people are now struggling to re-establish their livelihoods. Service industries such as tourism contributed a combined 11.7 percent to the area's GDP in 2012. Those sectors suffered due to damaged infrastructure, but will be a key to the region's economic future as reconstruction gains momentum. The CRRP has estimated reconstruction needs of more than 170 billion Philippine pesos (about 3.8 billion USD).

For its part, the ADB has approved 900 million USD in assistance in the form of emergency grants and loans, including a 500 million USD emergency loan to bridge budgetary gaps posed by the disaster response; 23 million USD in grants; and a 372 million USD loan to expand and strengthen existing community development program into communities affected by the typhoon. 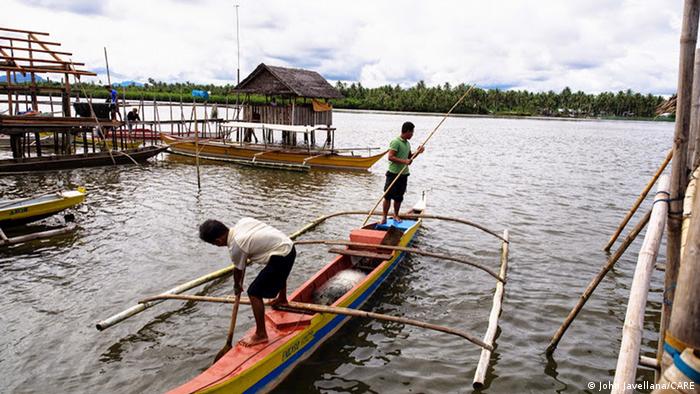 The focus on careful planning for sustainable recovery will be worth it in the long run, says Bolt

What do businesses in the area need most?

The two key challenges for businesses are to replace lost assets and repair damage to their pre-typhoon condition, as well as to secure working capital to reverse and recover losses.

A small portion of businesses had formal access to finance prior to the crisis. With small, micro and informal businesses unable to access finance due to lack of collateral and temporary loss of income, the challenge of restoring economic activity to pre-disaster levels is a particularly pressing problem.

The priority needs, as expressed in the government's initial needs assessment, include loan restructuring and refinancing, guarantees, financing for micro, small and medium enterprises (MSMEs) through cooperatives and microfinance institutions as well as targeted MSME capacity support.