Last year, Typhoon Haiyan wreaked havoc in the Philippines, claiming the lives of thousands. Steven Rood tells DW the affected areas have recovered much from the country's worst natural disaster, but challenges remain. 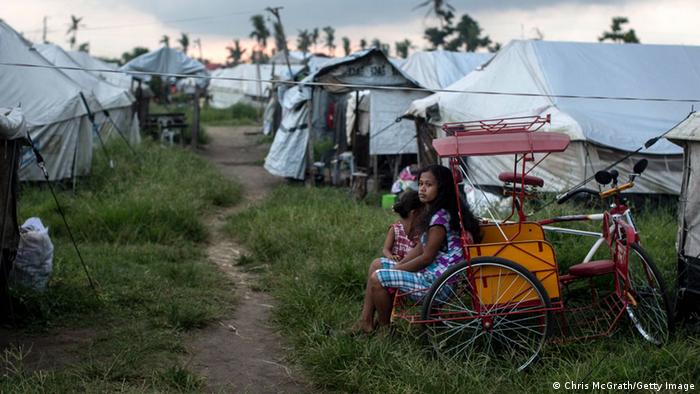 November 8 marks the first anniversary of Super Typhoon Haiyan, one of the strongest ever to make landfall. Carrying powerful winds of around of 300 kilometers (190 miles) per hour, the storm ravaged large swathes of the archipelago and triggered tsunami-like storm surges that swamped coastal communities, leaving more than 6,000 people dead or missing. Some 4.1 million people were forced to flee their homes, according to the latest estimates.

As the first anniversary of the disaster approaches, Steven Rood, Philippines expert at The Asia Foundation, says in a DW interview that the majority of those displaced by the massive storm have gone back to their homes, and that the government is focusing on long-term reconstruction plans for the region.

DW: Millions of people were affected when Typhoon Haiyan struck the Philippines in November last year. How do you look at Manila's initial and long-term response to the disaster? 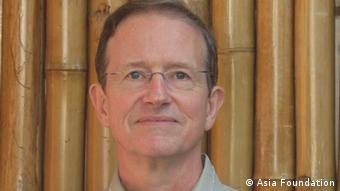 Rood: 'In more rural areas, communities have begun to recover'

Steven Rood: In the first days after the disaster, the government was utterly overwhelmed. In the Philippines, primary initial response is the responsibility of local governments, which were not functioning due to the destruction affecting both their infrastructure and all their employees and officials.

National government officials had made the tactical error of going to Tacloban city, the urban center most affected, before the storm hit to direct preparations and, as a result, were cut off from all communication for several days.

As the scale of the disaster became clear, the mobilization of support began. From both the island of Luzon to the north, and Mindanao to the south, relief efforts by both local and national government began to become available, along with enormous efforts by foreign governments, international organizations, and private individuals.

Now that the emphasis has shifted to longer-term recovery and re-building, the national government's effort is only now being truly mobilized. A comprehensive recovery program is up for approval by the president, but the planning effort was slowed by an insistence on bottom-up planning to ensure that community views and needs were taken into account. In addition, the new concern for "building back better" has meant that infrastructure such as classrooms needed to be re-designed.

The typhoon displaced around 4.1 million people. What is their situation now?

The majority of those displaced have indeed gone back to their homes. There are, however, some 200,000 families for whom housing is planned – they are still living in tents, in temporary transition structures like bunkhouses, or in areas deemed prone to disaster from which they must be moved.

More than three months after super-typhoon "Haiyan" hit Tacloban, life is slowly returning to the ravaged Philippine city. But many residents are still in desperate need of shelter and jobs. (28.02.2014)

The uncertainty of their final housing situation weighs on them, and hinders their ability to get on with their normal lives. Of particular concern is relocation away from their sources of livelihood – informal urban settlers in flood-prone no-build zones often resist being relocated in more distant areas due to the expense of transportation to the locale where they can make a living.

In more rural areas, communities have begun to recover. While residents will tell you their tales of survival they tend to focus on what they have achieved in recovery. The economy is stirring back to life, though it must be remembered that this was one of the poorest regions of the country even before the storm.

What impediments did the Philippines government face in rebuilding the areas devastated by Haiyan?

Given the scale of the destruction, several impediments arose. Since rebuilding had to happen over a wide area, even the supply of civil engineers was strained. Demand for galvanized iron sheets for roofing exceeded domestic production, and shipping large amounts of cement took some time.

While rice farmers are once again harvesting, and fisher folk have been provided with new boats, the livelihood of many farmers was reliant on coconut production, and coconut trees take some five years to begin to bear fruit. Livelihood opportunities must be provided in the meantime; private and international organizations, and foreign donors such as Australia, the United States, the European Union, and others continue to focus on providing such assistance.

The Philippines is extremely prone to typhoons and cyclones. Did Haiyan serve as a lesson for the authorities to improve their disaster management systems?

The Disaster Risk Reduction and Management Act, the controlling legal authority, is currently undergoing review to address the coordination problems that were exposed by the mega-disaster. At the same time, the need for more disaster-proof shelters was evidenced by the number of casualties that were suffered by those who evacuated to shelters before the storm hit.

Local governments are being urged to follow best practices, such as the province of Albay, which manages to minimize casualties by assiduous preparation before disasters and stringent evacuation measures when a storm looms. 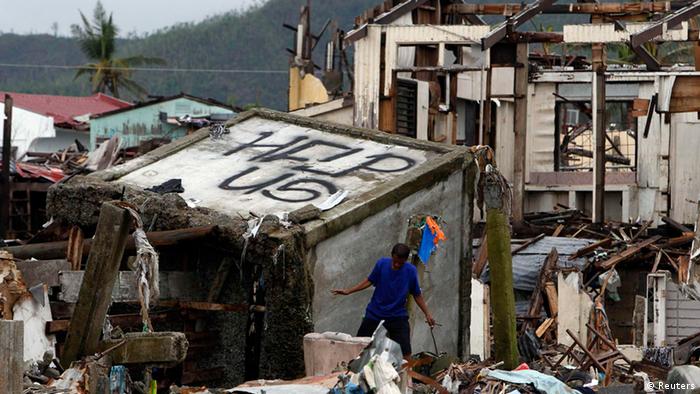 Rood: 'Many of the direct victims suffered psychological trauma, help for which was unfortunately scarce'

How has Haiyan affected the perception of Philippine people of hurricanes? Are some still being haunted by the memories?

The notion of "storm surge" – a wall of water swept in by a typhoon, has now entered the lexicon of the Philippine public. The weather bureau, PAGASA, is rapidly improving its ability to predict storm surges, and will be making warnings easier for the average citizen to understand. That said, Filipinos are accustomed to typhoons – they are a part of life in the Philippines. In fact, a blasé attitude towards Haiyan contributed to the storm's toll, and so government strives to get the citizenry to take adequate precautions.

Many of the direct victims suffered psychological trauma, help for which was unfortunately scarce. As for ghosts, strictly speaking they are a natural component of Philippine culture. Nobody is surprised at stories of drivers of public transportation in the disaster area seeing passengers who are not actually there. Again, Filipinos are individually and as a community extraordinarily resilient, and they will be able to cope.

Dr. Steven Rood is The Asia Foundation's Country Representative for the Philippines and Pacific Island Nations.