Russian human rights activist Zoya Svetova has told DW about political prisoners and the latest wave of protests in Russia. She also explained how she stays optimistic for the country's future. 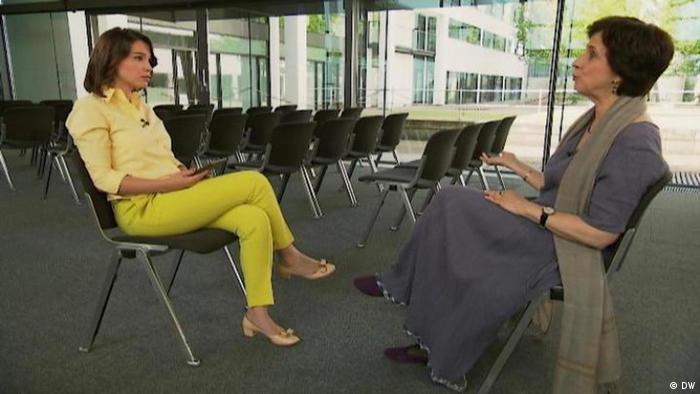 In an interview with Zhanna Nemtsova, respected journalist and human rights activist Zoya Svetova stressed that the situation in Russia has only grown worse in all the years she's been working for people's rights. From 2008 until 2016, Svetova was part of the city of Moscow’s supervisory committee dedicated to the observance of human rights - one of 85 such regional committees in Russia.

But after eight years, Svetova said she is no longer able to be part of the commission, for legal reasons. That's why she chose to be a candidate for the supervisory committee in the Republic of Mordovia. "For formal reasons, I was not permitted to run. Later, I found out from acquaintances that the Russian FSB intelligence agency was against my candidacy," Svetova said.

For years, she paid regular visits to the Lefortovo prison in Moscow. Officially, it's under the jurisdiction of the Justice Ministry, but the FSB makes the rules there. Svetova said people in the facility are accused of crimes against the state, corruption, terrorism and treason. During her visits, she uncovered many rights violations.

"Often, these people don't have lawyers, or else their lawyers are not allowed to see them. For some, I was the only person from the outside who could help them or pass on information about them," she said, adding that she became a thorn in the side of the prison authorities.

One case Svetova said she remembers well is that of Ukrainian filmmaker Oleg Sentsov, who was convicted in Russia on terrorism charges. He was accused of plotting to blow up a statue of Vladimir Lenin in Crimea.

"There was no proof. He went to prison because he was against the annexation of Crimea," said Svetova. Sentsov had been very active in Crimea, helping Ukrainian military personnel leave the peninsula. "I was really impressed by him. He refused to say he was guilty, despite being subjected to brutal torture." 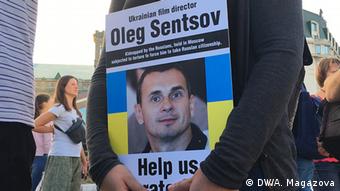 Sentsov is now serving a prison sentence in Siberia. His case attracted the same kind of international attention as that of Nadiya Savchenko and Ildar Dadin; both were freed in the wake of pressure from the international community. Svetova was doubtful that would happen for Sentsov. "As far as I've heard, [Russian President Vladimir] Putin equates Sentsov with Crimea, which is key to his legacy. I don't know what might convince Putin to let him go."

Svetova is also critical of the treatment of people such as Karelian activist and researcher Yuri Dmitriev. Over the course of 30 years, he discovered several mass graves of people who were killed during the Stalinist era. The graves have since become memorial sites for the victims of Stalin's repression.

"But Dmitriev also published the names of the executioners. And they have children and grandchildren who are probably at work in the same kinds of structures today. If their ancestors were members of the Soviet secret police, then you can assume that those children and grandchildren now work for the FSB. They don't want the names of their ancestors to be revealed."

Svetova also said many cases of human rights violations do not ever get reported in the media, including those of the many people who are imprisoned despite being seriously ill. One such person is Julia Rotanova. She was the accountant of an organization associated with former Defense Minister Anatoly Serdyukov, who was fired by Putin. According to Svetova, Rotanova had nothing to do with any backroom dealings, yet she was sentenced to six years in prison despite suffering from cancer.

"People wanted her to testify against Serdyukov, but she refused," Svetova said. "We managed to get her out of Lefortovo prison because we could prove that she was sick and desperately needed surgery. But after her operation, she was sent back to prison." 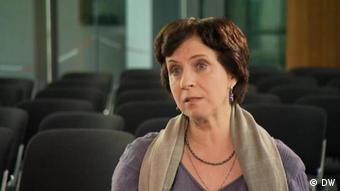 Svetova: I believe in the power of good over evil

'Putin is not forever'

Even though Svetova's apartment was searched for hours in connection with the Yukos case, she said she tries to remain optimistic, pointing out that protests have been taking place across the country despite arrests.

"I believe in the power of good over evil. Putin is not forever, and these forces of evil are also not forever," she said. "Something has to happen. Russia cannot be a place where everything is so terrible, where people are thrown into prison."

The Russian activist Ildar Dadin has been awarded the Boris Nemtsov Prize, established to honor those fighting for democratic values in Russia. Dadin was sentenced to a prison term for staging anti-government protests. (13.06.2017)

Is the Russian Orthodox Church serving God or Putin?