Acquittal highlights Albania′s ′culture of impunity′ | Europe | News and current affairs from around the continent | DW | 20.01.2012

A landmark bribery case against one of Albania's highest ranking politicians has ended in acquittal, a year after anti-corruption protests swept the nation. Observers call it a missed opportunity. 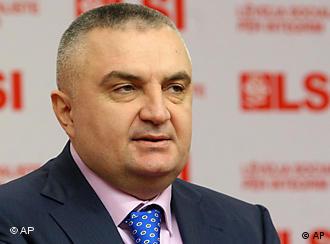 The charges against Meta didn't stick

Former Deputy Prime Minister Ilir Meta lost his post last year after a video showing him manipulating a public tender was released to the public. The footage, in which he appeared to attempt to benefit from the contracting process for a planned hydroelectric power station, sparked nationwide outrage.

This week, one year on, Meta was cleared of bribery and abuse of power. Observers call it a disappointing, if not unexpected, verdict.

"The Albanians see their government as a pathological patronage system," Balkan expert and journalist Norbert Mappes-Niediek told Deutsche Welle. "They no longer have confidence that it really acts according to comprehensible laws."

Mappes-Niediek said that the ruling would be viewed as a scandal in Albania, and he fears it could trigger public outrage. Last January, four people died in anti-corruption protests which had been sparked by the Meta video.

Meta, 43, is regarded as an enigmatic player in Albania's political scene. In the late 1990's, at just 30 years old, he became Prime Minister and later served, at various junctures, as foreign minister, deputy prime minister and economics minister. 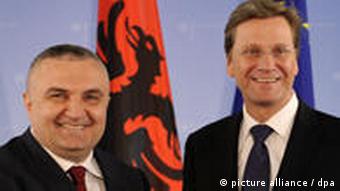 Meta (l.) has served in several roles including foreign minister

He is the head of the Socialist Movement for Integration (LSI), a breakaway group from the Socialist Party, which Meta has led to become the third largest political force in the country. The LSI is now part of the current government coalition led by the Democratic Party.

After the release of the incriminating video, which had been filmed in secret by of one of his closest confidantes, a growing tide of public pressure built up against Meta. He resigned from his government positions in response, but maintained his innocence and remained party chairman of the LSI.

In May 2011, criminal charges were brought. The prosecutors demanded two years' imprisonment and a fine. After the court declared him innocent this week, Meta called a news conference to hail his acquittal as a "victory of law over corruption and organized crime."

Meta's win in court highlights the fact that the neurtality of the country's judiciary deserves to be questioned.

"What was at issue in the trial was whether a secretly recorded video could be admitted as evidence," said Mappes-Niediek, the Balkan expert. 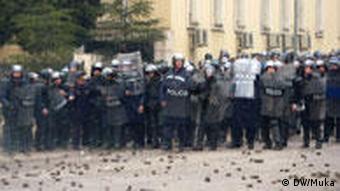 "The real question - why two ministers, two leading figures of Albanian politics, should be able to sit down together and decide who gets contracts - wasn't even on the radar screen,"

Following the acquittal, Mappes-Niedeck believes that a political comeback by Ilir Meta in the form of a government post cannot be ruled out.

Although the corruption trial has ended, many questions remain unanswered. So far none of the high-ranking politicians who have been charged with corruption in recent months has been convicted. The legal proceedings against them have either stopped because of lack of evidence, or been postponed.

Critics in Albania and abroad speak of a "culture of impunity" in which many government officials feel they can escape punishment for their actions. Transparency International's 2011 Corruption Perception Index rankings put Albania in 95th place worldwide out of a total of 183 countries. In 2010 the country was ranked 87th.

Albanians vote in elections seen as test for EU membership

Voters in Albania are casting ballots in elections Sunday seen as a major test of the country's stability as it seeks to emerge from a period of political stagnancy. Violent protests have marked the run-up to the vote. (08.05.2011)

The images of violence and unrest in Albania seem like scenes from the 1990s. DW's Vilma Filaj-Ballvora says they show that the country must finally undertake urgently needed reforms. (24.01.2011)

Albanian ministers have voted to launch an investigation into anti-government unrest that hit the country last week. Opposition leaders have responded by calling for more rallies over the next week. (24.01.2011)