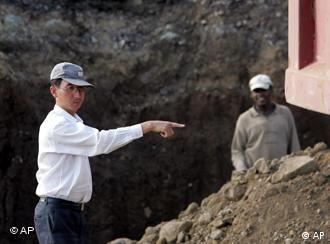 Workers in Chinese-run copper mines say they are underpaid

A new report by Human Rights Watch has revealed that, while Zambians working in the country's Chinese–run copper mines welcome the substantial investment and job creation, they suffer from abusive employment conditions that fail to meet domestic and international standards. The report dubbed "you will be fired if you refuse labour abuses in Zambia's Chinese state owned copper mines," says miners at several Chinese-run companies spoke of poor health and safety standards.

Against the background of growing investment by Chinese companies across Africa during the last ten years, Human Rights Watch has been investigating what impact this has had on people working in such companies, in particular in copper mines in Zambia. Matt Wells is with the African Division of Human Rights Watch and presented the report in the Zambian capital Lusaka. 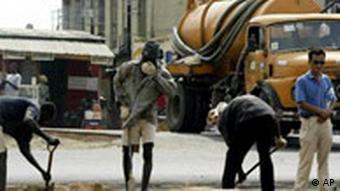 The health and safety of the workers are often neglected

He says the most important findings are "that the health and safety practices in Chinese run mines are quite concerning. They are much worse than the other copper mining companies in Zambia and there are lots of clear violations of Zambian and international laws. So you have Chinese managers who are forcing workers to work in unsafe places underground threatening to fire them if they refuse to proceed."

The President of the Federation of Free Trade Unions of Zambia Joyce Nonde Simukoko says health and safety issues in Zambia have been neglected by many foreign investors, not only Chinese nationals. "When people come from different countries like the Chinese we are talking about they see there are no effective laws, there are no effective standards and effective supervision, they relax, they don’t care whether people are killed or not."

The Chinese Ambassador to Zambia Zhou Yuxiao has defended Chinese Investment practices, saying regulations are observed: "With regard to labour issues, the Chinese government stands for win-win cooperation or mutually beneficial relations. 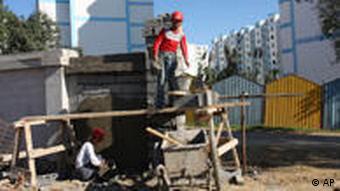 However a worker at a Chinese mining firm in Zambia's copperbelt province, Kingsley Banda, says working conditions are deplorable. "The conditions are very harsh such that one cannot even develop in life. I get about 700,000 kwacha [about 150 US dollars] which includes transport and everything else you have to remove from the salary and housing."

Theresa Mumba works at another Chinese mine in Zambia's southern province. She has called on the Zambian government to come to the rescue of the workers. "These Chinese, they are paying me 50 dollars a month - how can I survive?"

The annual growth rate of bilateral trade between China and Zambia has remained above 30 percent since 2000. Last year, total bilateral trade topped 2.5 billion US dollars, a year-on-year increase of 97 percent, ranking third after South Africa and Britain.