The 2017 financial result of Airbus has beaten market expectations as the European aerospace giant reported stronger earnings on rising deliveries. But charges on some of its problem aircraft tarnished the performance. 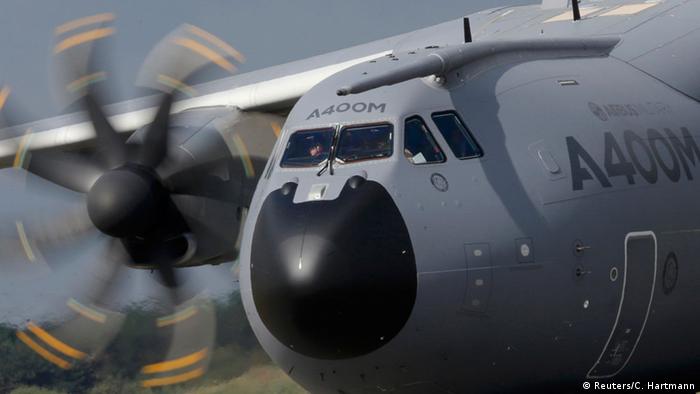 Airbus announced on Thursday that it would increase its dividend by 11 percent to €1.50 per share following an 8-percent rise in profits before interest and tax to €4.25 billion ($5.31 billion) last year.

In 2017, the European planemaker's revenues were stable at €66.8 billion against €66.6 billion the previous year. But the company delivered more aircraft last year, handing over a total of 718 planes to customers.

Airbus chief executive Tom Enders said the group had outperformed its own targets.

"We overachievd on all our 2017 key performance indicators thanks to a very good operational performance, especially in the last quarter. Despite persistent engine issues on the A320neo, we continued production ramp-up and finally delivered a record number of aircraft."

Airbus has recently been blindsided by yet another flaw with the Pratt & Whitney engines that power its best-selling A320neo jet. The latest issue relates to a seal that Pratt replaced after an earlier version exhibited durability issues.

Enders said that the impact of a new problem discovered with those engines a week ago was "under assessment," and added that the ramp-up in A320neo would remain "challenging and requires that the engine suppliers deliver in line with commitments."

Read more: Uncertain times take Airbus back to the drawing board

In addition, Airbus was forced to book a €1.3-billion charge against its troublesome A400M military transport model. However, it promised that the charge would draw a line under the contract after years of cost overruns and performance setbacks.

After agreeing a "new baseline" for deliveries and capabilities with the program's seven government launch customers earlier this month, "Airbus' remaining exposure going forward is expected to be more limited," the group said.

Moreover, the planemaker also faces a series of international bribery probes concerning the use of payments and middlemen in its marketing campaigns. It last week reached a €99-million deal to settle a corruption investigation by German prosecutors into the sale of Eurofighter warplanes to the Austrian military.

Airbus, which competes with Boeing for the title of aircraft industry leader, reported "good progress" on production of the new A350 wide-body jet and reiterated plans to reach output of 10 planes a month by end-year.

It also said it had reached agreement with European credit agencies that will allow Airbus to apply for export credits on a case by case basis. The funding was suspended in 2016 when Airbus was reported to have made misleading applications, triggering a corruption probe.

Looking ahead, the company said it expected to deliver 800 aircraft this year and expected free cash flow to remain stable.