After weeks of turmoil and months of speculation, Airbus CEO Tom Enders says he will indeed step down when his term ends, leaving the door open for a breath of fresh air for the beleaguered company. 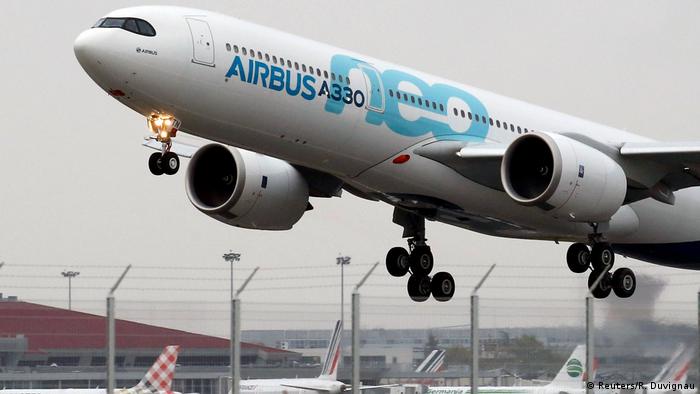 In yet another upheaval in the aviation world this year, Airbus confirmed on Friday an executive level management shake-up. Chief operating officer and head of plane making, Fabrice Bregier, will step down in February 2018, while chief executive Tom Enders will not as previously expected seek a new mandate when his term expires in 2019.

Guillaume Faury, currently chief executive of Airbus Helicopters, will succeed Bregier as president of the main commercial aircraft division, the company said in a statement, confirming an earlier Reuters report.

The company said the board had acted to secure an orderly succession at the world's second-largest plane maker, which has been beset by a long-standing rivalry with American-based Boeing, claims of corruption and slow sales of its A380 wide-body, double-deck jet.

Enders said he would work to ensure a smooth transition, but his own time as CEO has been full of problems and he has been personally criticized by industry experts.

Hartmut Bäumer from Transparency International for one thinks the company's management has failed and lays the blame directly at Enders' door. These feelings only grew stronger after the company filed a corruption complaint against itself in the UK in October — in the hope that by disclosing the problems itself, the company could get off easier — for alleged kickbacks and the use of illicit funds and dubious sales agents.

For Bäumer the situation was not tenable. "To not ensure that you know what's happening in your company is impossible, and especially in such a difficult business situation with competition from Boeing and other competitors."

Bregier, a 56-year-old Frenchman who has long been seen as the natural heir to Enders, has told the board he does not intend to be part of the selection process for the CEO position in 2019, and will therefore step down in February 2018 to "pursue other interests," the statement from the company said.

However, Bregier hinted at the long-running battle with Enders over status and responsibility which many people in the company say contributed to his unscheduled departure, listing the various titles he had held while running the planes unit.