Having more than doubled in value over the last year, shares in Boeing are a standout in a strong market. Continued demand for new planes has created long backlogs which are expected to keep growth steady. 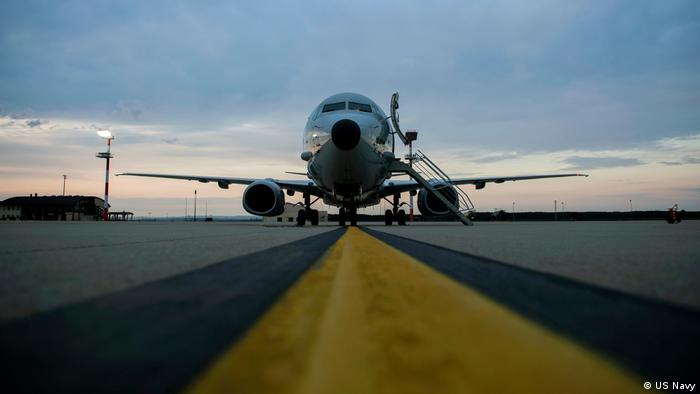 The aerospace giant reported a net profit in the fourth quarter of $3.1 billion (€2.49 billion) — on revenues of $25.4 billion — an amazing 92 percent increase from the same period a year ago.

"Across Boeing our teams delivered a record year of financial and operational performance as they focused on disciplined execution of production and development programs, growing services, and delivering value to customers," Boeing CEO Dennis Muilenburg said.

Overall, earnings were lifted by $1.1 billion following passage of the US tax reform package, which permitted Boeing to reduce its deferred tax liabilities.

Boeing soars past Airbus in Paris

Boeing anticipates it will pay a tax rate of 16 percent in 2018, well below the 21 percent top corporate rate in the legislation passed in December. Chief Financial Officer Greg Smith said the lower effective rate reflected tax credits for research and development and for adding domestic manufacturing.

For this year, Boeing predicts it will deliver between 810 and 815 commercial planes, which would exceed its record of 763 in 2017. To meet these goals the company is speeding up production of its workhorse single-aisle 737 plane and the 787 to take advantage of current demand.

In addition, the company finished last year with a backlog of about 5,800 plane orders with a list price of $488 billion.

Although many analysts consider Boeing's prospects to be generally bright, the company faces questions over how it will respond to a surprise setback in a trade dispute with Canada's Bombardier.

Last week the US International Trade Commission voted to block the Commerce Department's decision to impose big tariffs on Bombardier in response to Boeing's complaint that the Canadian company received unfair subsidies.

Boeing has expressed disappointment with the decision, but has not said whether it will appeal the decision. Muilenburg said he will hold off on disclosing his plans until the company can review the full ruling, which will only be released in February. But he is standing firm in his belief in "the need for fair global trade."

He also confirmed that talks are continuing with Embraer on a potential combination, despite the fact that the Brazilian government, which holds veto power, opposes the takeover.

Shares in Brazil's Embraer have soared 20 percent after Boeing confirmed it is in talks to merge with its smaller rival. But the Brazilian government, which is a shareholder, is lukewarm about any possible takeover. (22.12.2017)