Berlin's Berghain is no longer the best nightclub in Germany. It's been topped by the Bootshaus, according to a poll by DJ Mag. The Cologne club even came in eighth in the international ranking. A visit. 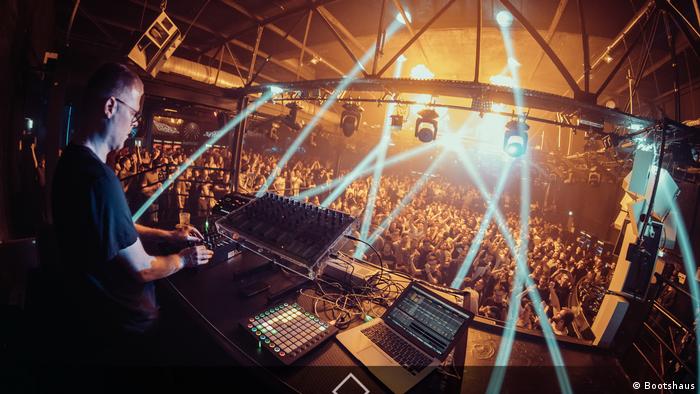 "Oh no, now I'll have to go again," was my first thought when I was asked to write an article on Cologne's Bootshaus club, after it was ranked by the British monthly DJ Mag's open poll as the eighth best club in the world, and Germany's top club — outranking Berlin's legendary Berghain, which landed in spot number 10.

Why wasn't I more enthusiastic about it? I had been there previously, in February, at a party in the "New Blood" series. As an almost 30-year-old, I felt out of place among the younger guests in their earlies 20s. While I tried to concentrate on the music and dance, I had the impression that the people around me found it more important to post photos and stories on Instagram.

The bored-looking staff didn't inspire me much either. That's why it became clear that night: The Bootshaus definitely wouldn't become my club.

Yet I decided to give it a second chance to write this text, picking the "Gods and Monsters" party on April 5. The line-up sounded interesting, with top electronic music acts such as Belgian DJ Charlotte de Witte and the German duo AKA AKA, as well as the dubstep DJ Skism, Sven Schaller and Gregor Tresher.

To get into the Bootshaus, it's not very complicated. You need to buy a ticket in advance or on the night itself — usually somewhere between €15 and €25 ($17 - $28) — and not act inappropriately in front of the bouncer.

There is no selection à la Berghain, which is notorious for its strict door guarded by the iconic bouncer Sven Marquardt.

There's no dress code. The Bootshaus writes on its website that "everything goes, nothing is a must." That's a friendly approach, but it also mean you can end up trying to find your way among a pack of men celebrating a bachelor party.

Once inside the Bootshaus, you'll be hit by the size of the location, with its huge main floor and its two somewhat smaller rooms, the BLCKBX and the Dreherei. The club has a capacity of 2,000. In comparison, Berghain allows 1,500 clubbers in, while the winner of the DJ Mag ranking, the Green Valley in Brazil, can welcome 12,000 guests.

The most renowned DJs play on the prominent stage overlooking the main floor, which, like the Dreherei, is equipped with a state-of-the-art Funktion-One sound system, while the bass in the BLCKBX resonates through a Martin Audio system. The sound quality of the Bootshaus is one of the reasons why fans are so enthusiastic about it. 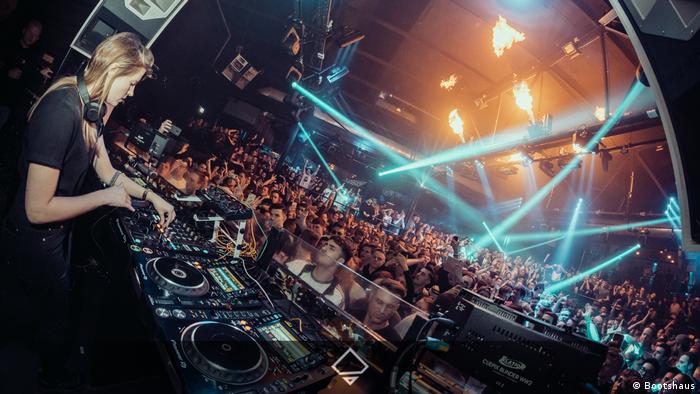 DJ Charlotte de Witte at the center of the Bootshaus action

I could feel the amazing sound as soon as I got in. Even though I was confined to the back rows, with the huge crowd charging onto the dance floor for Charlotte de Witte's set, the music penetrated my entire body. Such a feeling!

Yet the act itself didn't manage to move me. The masses of people, the spectacular lighting effects including pyrotechnics from the ceiling, along with countless phone screens lighting up around me for pictures made it difficult to focus on the music.

The atmosphere was way better in the Dreherei, an intimate room without all the frills, making it easier to connect to the beat. I spent several hours dancing on AKA AKA's mixes. My opinion of the club is not completely set yet. 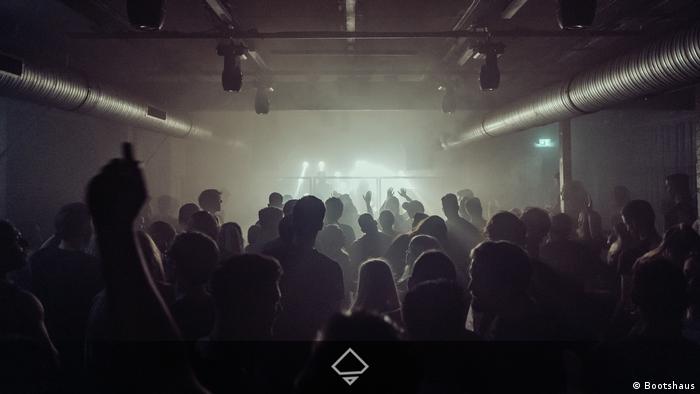 A more intimate atmosphere in the Dreherei room

What I missed during my nights at the Bootshaus was the feeling that you're entering a completely different world, a wild space where the usual rules of society no longer count, where people can let go and lose control. In this respect, the Bootshaus still doesn't beat Berghain.

Marcel Dettmann, resident DJ at Berlin's storied Berghain techno club, and renowned photographer Friederike von Rauch have collaborated on a new Paris exhibition. They spoke to DW about how techno can meet art. (07.12.2017)