Marcel Dettmann, resident DJ at Berlin's storied Berghain techno club, and renowned photographer Friederike von Rauch have collaborated on a new Paris exhibition. They spoke to DW about how techno can meet art. 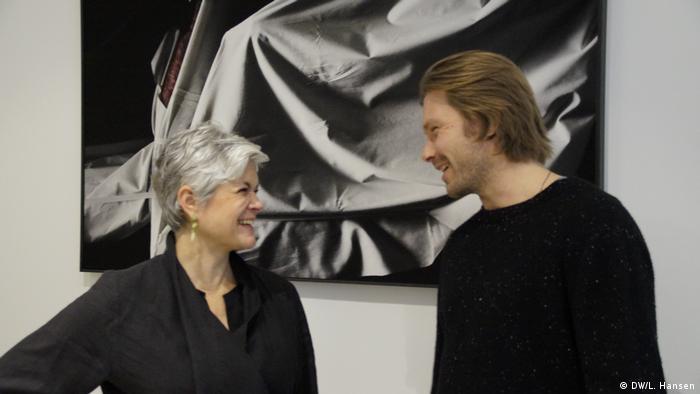 "I'm a total amateur," says Marcel Dettmann, referring to his music. He's sitting next to photographer Friederike von Rauch in her light-filled studio in the Berlin district of Schöneberg.

"Isn't that an understatement?" Rauch replies, laughing. In fact, Dettmann, who has been described as "one of the most influential proponents of contemporary techno," is a resident DJ in Berlin's legendary techno club, Berghain.

Having grown up in provincial Fürstenwalde near Berlin, Dettman is also constantly travelling. He'll be performing in Munich, Florence and Lisbon this month — he sometimes DJs in two cities across two countries on a single day.

But that's not what this encounter is about. Dettman and Rauch want to talk about a new collaboration that bridges sound and vision. 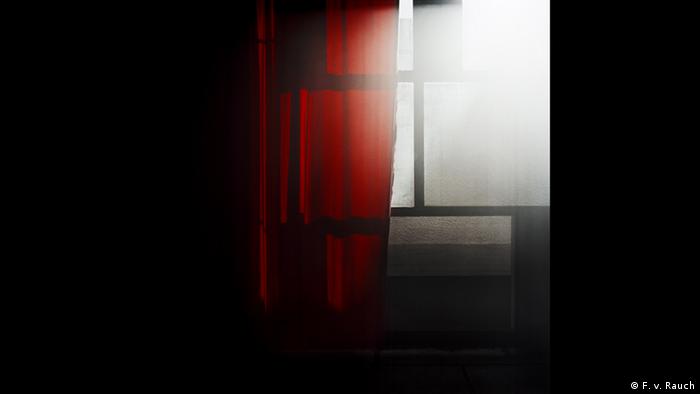 Rauch's images have a spiritual dimension, and for the "insgeheim" exhibition take viewers into modern spaces of holy contemplation

Titled "insgeheim" (in secret), an exhibition of the images and their accompanying 42-minute soundtrack — appropriately titled "RAUCH" — is currently on show at the Goethe-Institut in Paris as part of the Paris Photo 2017 fair.

The soundtrack was also released as a record on December 1, 2017.

"Insgeheim" is not Dettmann and von Rauch's first collaboration, the two having worked together in 2011 on a similar project titled "Ash." The DJ and the photographer first met 10 years ago through their friend Michael Teufele, who is one of the Berghain's two managers. As Dettmann was looking for an artwork for his first album, Teufele showed him some of von Rauch's photos. "I became a fan immediately," says Dettmann.

Teufele also introduced von Rauch to Dettman's music, although he didn't expect her to be into techno. She listened and was fascinated by the precision with which Dettmann created his minimal beats. It was an approach she had always tried to achieve in her own work. 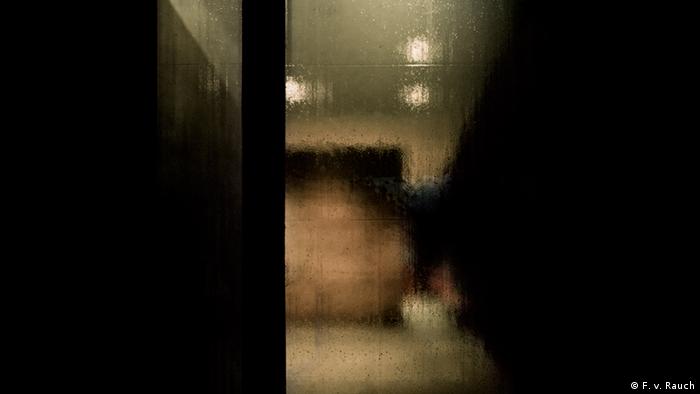 Von Rauch and Dettmann have also both been strongly influenced by the atmosphere in Berlin following the fall of the Wall. While von Rauch's ouevre includes iconic images of the Wall, Dettmann still remembers his first trip to West Berlin from the East as a teenager. He does regret, however, that "the truly original East German pubs have disappeared from Berlin," adding that "we should actually reopen one of them and only serve stuffed cabbage."

Three of Friederike von Rauch's photos have been hanging in Dettmann's living room for the last six years, and every morning he looks at them while having breakfast: "There are 1,000 things waiting to be discovered in these pictures," he says.

Sleeping in a monastery

Von Rauch's works are architectural reliefs, but it's not easy to identify their location. Her colors tend to be dark and intense, the general mood sombre, even spiritual. For her project "insgeheim," the photographer visited various postwar religious architectural sites in Europe including Le Corbusier's La Tourette priory near Lyon, Roosenberg Abbey near Gent, and the Maria Regina Martyrum church in Berlin.

For one of her earlier projects, the artist mostly photographed museum buildings from outside at night when they were closed and empty. This time, she decided to actually spend the night inside her photographic objects. 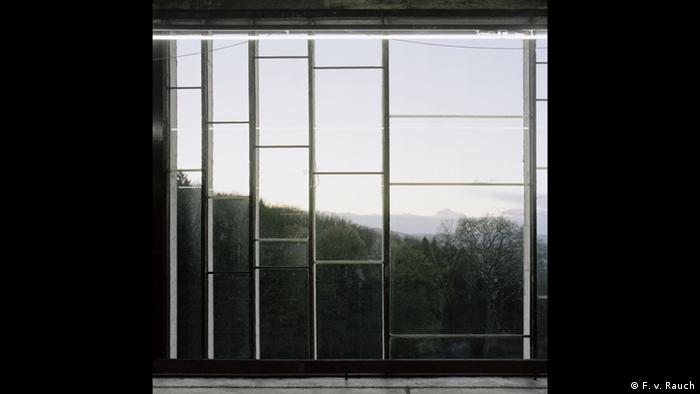 She spent a lot of time choosing her locations, and to photograph them with an analogue camera. It took time until a room really left an impression on her and she able to find the image she was looking for: "I wasn't interested at all in the very first impression, the wow effect that a closter like La Tourette has," she says.

Dettmann approaches his work in a similar way. He also spends a lot of time with what he calls "sound research" and experimentation when translating the pictures into sound. "At some point, I know that now I have hit the appropriate sound."

He plays with his synthesizers as though he were a child playing with toys. "What I love most are accidents of all kinds," he says, laughing.

Unlike his beat-heavy techno, "RAUCH" is spacious ambient music, a photographic soundtrack that evokes contemplation and reflection.

"Dettmann's approach to the pictures is incredibly emotional," says von Rauch. "In this regard, we complement each other."

The exhibition "insgeheim" runs until January 11, 2018 at the Goethe Institute in Paris. "RAUCH" was released on vinyl by the label A-TON on December 1, 2017.

Superstar DJs: Made in Germany

Superstar DJs: Made in Germany

An exhibition of photos from the East German fashion magazine "Sibylle" has opened at the Kunsthalle in Rostock. One of the photographers was Sven Marquardt, who's now a bouncer at the legendary Berlin Berghain club. (27.03.2017)

The digital realm is radically transforming photography, but is the artistic medium really at death's door? The Biennale for Contemporary Photography examines this question in a show spread across three German cities. (08.09.2017)

The world in pictures: How photography revolutionized the press

Barely a century ago, the invention of photojournalism turned the press landscape upside down. A new exhibition at Berlin's German Historical Museum reimagines a photographic revolution. (23.06.2017)