A victim of cyber bullying in South Korea

Recently, a German writer attracted the collective wrath of the Korean internet community. 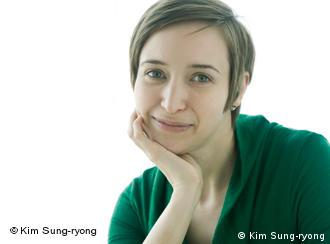 After a young Korean woman said on a popular TV show in November that short men were losers, she was flooded with angry complaints on the internet. Soon after her name and address became public, and she was forced to officially apologise to appease the enraged public. The TV show, called "Gossiping Beauties", also had on a German guest, Vera Hohleiter, who also became a victim of cyber bullying in South Korea.

"This is a huge problem and it's been widely discussed in the Korean media," says Hohleiter. "And it was found that those who spread really nasty comments in the internet are a very small group among the Korean web users, less than one per cent. It's just the Korean media overreacting to these internet scandals, making them bigger than they actually are."

Vera Hohleiter has written a book about her life in Seoul. 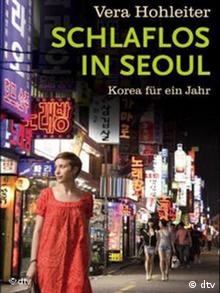 In it, she described everyday experiences from overcrowded subway trains and South Koreans' daily diets up to horrible mother-in-laws. She has a Korean partner and her writing is intentionally subjective. But many Koreans felt she hit at their national pride.

"I've lived long enough in Korea to know that something like this could happen," says Hohleiter. "Many Korean journalists asked me if I hadn't been aware while writing that this would cause quite a stir. I always answered saying I tried not to think about it because otherwise, had I been too careful, it would have become a really bad book!"

When her book, "Sleepless in Seoul", came out last July in German, a Korean student in Germany translated parts of it - not always correctly - and published them on her blog. This made Vera Hohleiter a target in the Korean internet.

Too scared to go out

"When the affair was at its peak, I hardly went out in public, only to work in the radio," she recalls. 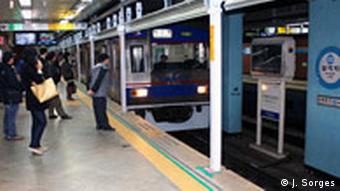 Vera Hohleiter was too scared to use the subway in Seoul

"I took taxis whenever I had to go somewhere. Korean friends advised me to do that. One friend told me she would be worried about my safety if I took the subway."

Vera Hohleiter did get death threats, but there were also Koreans who supported her. A publisher soon decided to bring out an authorized Korean translation of her book. But when it was published, it turned out that not many Koreans seemed interested in finding out first hand what all the fuss was about. Meanwhile, emotions have cooled down and Vera Hohleiter now finds herself able to walk the streets of Seoul without fear. She says, however, that her next book will be a novel for sure.

South Korea boasts some of the world's fastest Internet connections. That's perfect for playing online games, which is a sort of national pastime there. Now there's a growing fear that Korean children are becoming addicted to the net. But some question whether Internet addiction is an addiction at all. (24.12.2008)

Barely 100 days in power, South Korea’s new president Lee Myung-bak is already facing a dramatic crisis. His conservative Grand National Party was badly defeated in regional elections on Wednesday and students have taken to the streets to protest his decision to import American beef. (05.06.2008)