A turning point in German-Israeli relations | Germany | News and in-depth reporting from Berlin and beyond | DW | 24.02.2014

A turning point in German-Israeli relations

German public opinion of Israel is slumping as Chancellor Angela Merkel and her cabinet continue their visit. There is growing public and political disillusionment over Israel’s treatment of its Palestinian neighbors. 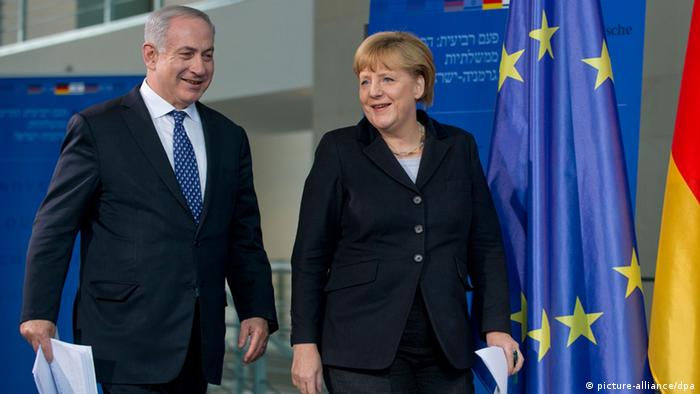 The visit has been overshadowed by reports of the worst crisis in diplomatic ties since Merkel took office almost 10 years ago. A recent BBC poll showed that only 14 percent of Germans today had a positive view of Israel.

"I think German public opinion is actually worse than what's shown in the polls because Germans don't publicly state their opinion, they play it down," said Israel's former ambassador to Germany and the European Union, Avi Primor.

"The Germans are still very aware of their Nazi past, particularly Merkel who is originally from East Germany, so she has a bad conscience from the past but this is changing and you can't ignore the growing public opinion," he told DW. 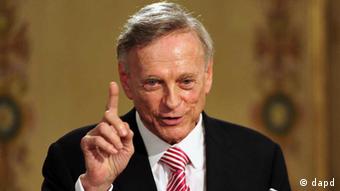 Primor said there had been a major evolution among Israelis on their view of Germany but the tides had turned in the opposite direction and now Germans were growing increasingly uncomfortable about Israel's policies.

"Originally I was totally anti-Germany and didn't believe Israel should have any ties with it. But by '68 we were really impressed by the generation of Germans who demanded their parents and teachers tell the truth about their Nazi past and the reparations agreement changed relations even further. We ultimately grasped that Germany was striving for a European Germany and not a German Europe. Now we almost see Germans demanding the same standards of Israelis," Primor said.

A senior Israeli official confirmed to DW that recent phone calls between Merkel and Israeli Prime Minister Benjamin Netanyahu during and since the P5+1 meetings on Iran had escalated to shouting and disagreements. The most divisive issue between the two countries is over Israeli settlements in the occupied West Bank.

The official said the German government has the view that Netanyahu is unwilling to move the peace process forward and is going as far as stalling the process.

Foreign Minister Frank-Walter Steinmeier, who visited Israel in January, said at the time that Israeli's settlement policy represented a major barrier to the peace process.

"We think the European message to the Palestinians should be to not miss another opportunity because Kerry is very intensively involved and we hope the Palestinians won't walk away from the table. If some Europeans have said that if the process doesn't succeed that they will blame Israel automatically that's hardly conducive for Palestinians to have to make difficult choices," the Israeli official told DW. 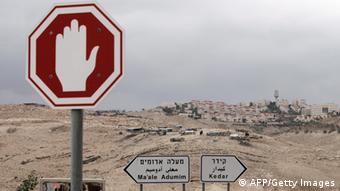 Germany is concerned about the settlements' issue

Very recently the state of the relations between Israel and Germany, in particular Israeli sensitivities, were illustrated when extreme right-wing members of the Knesset stormed out during Martin Schulz' speech, the German President of the European Parliament. Schulz posed a question in the Knesset over unequal water distribution, mentioned to him by a Palestinian youth during a visit to Ramallah.

"One of the questions from these young men that moved me the most was: 'how can it be that Israelis are allowed to use 70 liters of water per day and Palestinians only 17,'" Shulz relayed.

He later admitted he hadn't checked his figures and they were found to be exaggerated, but it is not disputed that Israel receives more water per capita than Palestine.

The incident highlighted the bubbling tensions and was unfortunate as Schulz had given excellent speeches at the Hebrew University just the day before while receiving an honorary doctorate for his relationship with the university and Israel.

Germany is Israel's third-largest trading partner after the US and China and if relations deteriorate, trade could be impacted said former ambassador Avi Primor.

"Germany is totally indispensable to Israel - Germany has many pro-Israel policies, but I think this is gradually fading and if nothing in the Middle East changes it will get worse."

The chief executive of the Israeli-German chamber of industry and commerce, Grisha Alroi-Arloser, said the $US6.5-billion trade relationship was strong, even though attention was shifting to the possible boycotts of Israeli products. "Boycotts won't solve the problem and I think people are rethinking this as being a counter-productive option. German exports to Israel are three times as high as Israeli exports to Germany. Israel may reconsider buying from Germany," he told DW.

'If Kerry's efforts fail, anything is possible'

Confusion over the language in an American framework agreement could trigger the collapse of the Israeli-Palestinian peace talks, former Palestinian Prime Minister Ahmed Qureia tells DW. (21.02.2014)